Attitudes to our own mortality are characterized by more than just fear, suggests Bob Plant

Many philosophers (though not only philosophers) have thought that fear of death is our deepest, most fundamental fear.[1] On the face of it, this seems plausible. But there are two questions worth asking: First, is our attitude toward our own death the primary issue here? Second, even if we think it is the primary issue, does the prospect of one’s own death most commonly elicit fear? We might reasonably question the first assumption insofar as it underestimates—if not ignores—how others’ deaths (both human and animal) shape our lives, including our attitude toward our own mortality.[2] But what about the second assumption? Without denying that we do sometimes fear death, one might suspect that accepting this as a general diagnosis obscures other equally significant responses we have toward our own mortality.

In addition to the two assumptions mentioned above, it is striking how many philosophers dismiss one very common way we think about mortality—namely, imagining ourselves dead. Writing in the first century BC, Lucretius explicitly cautions against the unwarranted self-pity such imaginings are liable to provoke.[3] More recently, Herbert Fingarette warns that imagining oneself dead inevitably misrepresents the situation.[4] These worries are not unreasonable. After all, when I try to imagine my posthumous self (when I picture my funeral, family and friends sorting through my belongings, emptying my office, and so on), I cannot avoid imagining part of myself surviving to bear witness. In other words, in these imaginings I always remain behind as a ‘quasi-dead’ observer.[5] But should we therefore reject such imaginings as inherently misleading? I am not convinced. Let me briefly explain why.

By his own admission, Jacques Derrida was preoccupied with death, survival and associated themes.[6] Discussing his own mortality at the 1995 symposium ‘Applied Derrida’,[7] this is what he says:

You can imagine that when one comes to a conference entitled ‘Applied You’, you experience the situation in which it is as if you were dead… [A]mongst the various reasons why on many occasions I do agree to attend conferences on me is because, after a lot of hesitations, a lot of inner contradictions, I would like to see what it looks like as if I were dead, listening and being among them, while not playing the pathetic role of the dead person.

Derrida proceeds to suggest that what lies at the heart of our anxieties about death is the ‘fantasy that we are going to be present at and in attendance at this non-world, at our own death’.[8] Notwithstanding the strange appeal of experiencing himself as if he was dead, what Derrida describes here is not wildly idiosyncratic; there is a more general point to be made. For better or worse, we happen to be the sort of creatures who imaginatively step back and view our lives from a distance, and we take this objectifying perspective in various contexts with varying degrees of disengagement. Experiencing one’s quasi-death—imagining oneself dead while remaining behind as a ghost-like witness—is one, perhaps the most radical, way our reflexive capacity for self-transcendence manifests itself.

We might now ask the following question: When I imaginatively see myself dead, what is it that I feel? As noted earlier, fear can certainly play a role here. However, there is another response that is, I think, at least as common as fear: prospective, self-directed grief. For when I imagine (prospectively) looking over the countless traces my life left behind, I often find myself here and now mourning my (future) death and my inevitable disappearance from the ongoing commotion of life. It is in this sense, though not only in this sense, that we might describe ourselves as ‘constituted by a certain work of mourning’.[9]

[6] See, for example, Jacques Derrida, Learning to Live Finally: The Last Interview (Palgrave, 2007), pp. 26, 32–3, 52. For more on Derrida and death, see Chapter 3 of Michael Naas’s The End of the World and Other Teachable Moments: Jacques Derrida’s Final Seminar (Fordham University Press, 2015). Derrida is a notoriously difficult writer, as are many of his commentators. A good place to start is John D. Caputo’s Deconstruction in a Nutshell: A Conversation with Jacques Derrida (Fordham University Press, 1997). Alongside that, Benoît Peeters’s Derrida: A Biography (Polity, 2014) is fair, informative, and a genuine pleasure to read.

[8] Derrida, ‘As If I Were Dead’, p. 216. In Ken McMullen’s film Ghost Dance (1983), Derrida (here playing himself) is asked by a student if he believes in ghosts. ‘That’s a difficult question’, he responds, not least because she is ‘asking a ghost whether he believes in ghosts’. For more on this film, see Jacques Derrida, ‘The Ghost Dance: An Interview with Jacques Derrida’, Public, 1989, 2, pp. 60–7.

This essay is based on the article ‘On Being (Not Quite) Dead with Derrida‘ by Bob Plant, published in Philosophy and Social Criticism.

Bob Plant is Lecturer in Philosophy at the University of Aberdeen. His research and teaching focuses mainly on the later Wittgenstein, metaphilosophy, ‘Continental’ ethics, death, and absurdity. 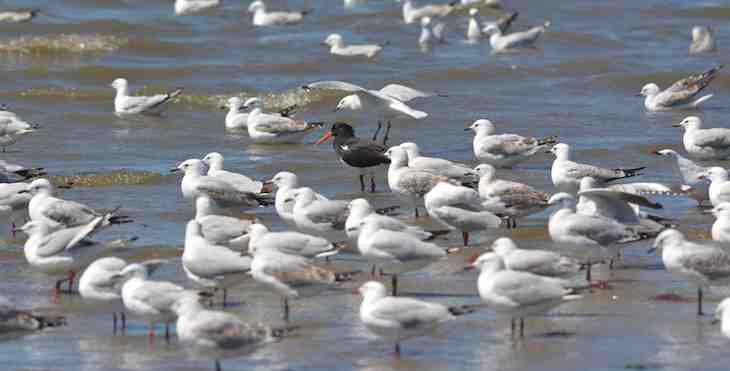