Jonathan Birch explores what microbiology can teach us about cultural evolution

In recent decades, biologists have discovered a hidden social world that exists all around us—the social world of microbes. We now realize that a blob on a Petri dish, or the plaque on our teeth, is in reality a dynamic social network: a ‘biofilm’ in which vast numbers of microorganisms (often including members of several different species) cooperate with each other in complex and evolutionarily significant ways.

There are, of course, obvious differences between human evolution and microbial evolution. They don’t have religions, states, and legal systems. We don’t split in half every 20 minutes. But behind the big differences there is one crucial similarity. For we humans have rediscovered something that went missing for the half-billion years or so of evolution that separate us from our single-celled ancestors. We have rediscovered horizontal transmission.

By ‘horizontal transmission’, I mean the passing of traits from one organism to another through processes that don’t involve reproduction. Microbes do it: they have so-called ‘mobile genetic elements’ that spread from cell to cell in a variety of ways, including via the ‘conjugation’ of adjacent cells. Humans do it too: we have social learning and culture, through which we acquire virtually all of our beliefs, desires, values, skills, habits, and so on.

So, to understand the dynamics of cultural evolution that have shaped (and continue to shape) our species, we need to understand the transformative effects of widespread, large-scale horizontal transmission on the evolutionary process. Studying the traditional model organisms of behavioural ecology—ants, bees, baboons, and so on—probably won’t tell us very much about that. But studying microbes may do so. There are no guarantees, of course, given the huge differences involved, but the potential connections here are well worth pursuing.

Here’s a specific example. In a recent article, I explored the possibility that cooperative traits might evolve more easily if, after causing the cooperative act, the genes responsible are able to ‘jump ship’ from the organisms who performed the action to those who received the benefits. There’s some experimental evidence suggesting that this kind of thing really can happen in microbes. However, as a philosopher, my interest was in proving its possibility, and in thinking about its conceptual implications, rather than in demonstrating its reality.

In particular, I think the mere possibility of ship jumping has consequences for the way we think about concepts such as genetic relatedness and inclusive fitness in microbes. Traditionally, whether or not two organisms count as ‘genetically related’ depends on their past—on whether or not they have parents or other ancestors in common. But what matters fundamentally in evolution is the future—will this organism contribute copies of your genes to future generations or not? If it will, then it may be in your interest to help that organism, even if you don’t have any recent ancestors in common.

The possibility of ship jumping makes this point quite vivid. When genes are jumping about between organisms, there may be organisms near to you in space who don’t currently share your genes for cooperation but will share them in the future, at the time they reproduce. These organisms have value to you as a potential route to genetic representation in future generations. Even though they aren’t your ‘relatives’ in the traditional sense, helping them is a way to increase your inclusive fitness.

So my suggestion, roughly speaking, is that when we’re thinking about the evolution of cooperation in microbes, we should really think of an organism’s ‘genetic relatives’ as those organisms that will, in the future, possess the genes that it has now, and not as those organisms with whom it shares recent ancestors, or as those organisms it currently resembles genetically.

What’s really interesting is that all the same points carry over to the case of cultural evolution. Here we have something analogous to horizontal gene transfer: people influence the beliefs, desires, values, and other ‘cultural variants’ of members of their generation. This leads to the possibility of a kind of ‘cultural ship jumping’, where expressing a belief or desire comes at a cost to your own biological fitness, but offers more opportunities to transmit that belief or desire horizontally to others. Having this sort of belief or desire could increase your ‘cultural inclusive fitness’, improving your total cultural representation in future generations, even if it detracts from your biological inclusive fitness.

As with so much of cultural evolution theory, this idea is still very speculative, and it’s not yet clear what real-world phenomena we might be able to explain with concepts such as ‘cultural inclusive fitness’ and ‘cultural ship jumping’. But what does seem clear is that in developing a theory of cultural evolution there are important lessons to be learned from microbiology.

This post first appeared on the LSE Philosophy Blog

This essay is based on the article ‘Gene Mobility and the Concept of Relatedness‘ by Jonathan Birch, published in Biology and Philosophy.

Jonathan Birch is Associate Professor in the Department of Philosophy, Logic and Scientific Method, LSE and a Fellow of the Forum for Philosophy. His work concerns animal sentience and the evolution and psychology of social behaviour. 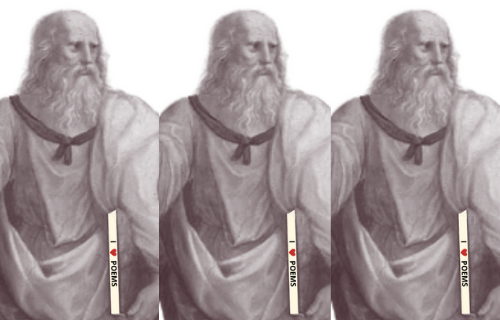