Let’s focus on god as traditionally conceived: a being that is omnipotent (all-powerful), omniscient (all-knowing), and omnibenevolent (all-good). Can we rule out the existence of such a god empirically?

Many people deny this, including many non-theists. The existence of god, it’s widely supposed, is just not the sort of thing that science, or empirical observation more generally, is able confirm or refute. But of course many atheists disagree. They claim that there is evidence—indeed, abundant evidence—against the existence of this particular deity.

The ‘evidential problem of evil’, as it’s known, as often presented like so:

‘Evil’ here means either moral evil—the morally bad things we do as free moral agents—or natural evil, which includes the suffering caused not be free moral agents but by natural diseases and disasters. Now god might have reason to allow some evils if that’s the price he must pay for greater goods. However, god presumably won’t allow evils for which there is no such reason. Call such evils gratuitous evils. Surely, if there are gratuitous evils, then there is no god?

So, do we have good empirical evidence that there’s no god, evidence in the form of moral and natural evils for which there is highly unlikely to be some god-justifying reason? Many atheists insist we do. They may point, for example, to hundreds of millions of years of animal suffering before we humans even show up. They may also remind us that for almost the entire 200,000 year history of humanity, around 30–50% died of children died before their fifth birthday, on average. Why? Surely there’s unlikely to be some adequate, god-justifying reason for every last ounce of this horror? But if there is any gratuitous evil whatsoever, then there is no god.

Theists respond to the evidential problem of evil in a variety of ways. Some point to arguments for the existence of god, such as the cosmological and teleological arguments. Might the case for god be more than adequate to outweigh such evidence against? In addition, some respond to the evidential problem of evil by identifying reasons why god might, after all, have reason to allow the evils we observe. Such explanations are called theodicies. Examples include:

Free Will. God could have made us puppet beings that always behaved well. But if we are merely puppet beings, we are not responsible for what we do, and so moral goodness cannot exist. In order to allow for moral goodness, god had to cut our strings and set us free so that we could freely choose to do good. The downside to this is that some of us then choose to do evil and cause suffering. That is the price god must pay for the possibility of moral goodness.

Laws of Nature. Many important goods are unavailable without the laws of nature. For example, in order for me to interact with you as a moral agent by helping you, I need to know that a fire causes heat, heat cooks food, cooked food will warm and sustain you, and so on. Without knowledge of such regularities in nature, such moral interaction is impossible. Unfortunately, these same laws and regularities then produce earthquakes and tsunamis. That is an unfortunate, but necessary, price that must be paid for the goods such laws and regularities allow.

Character Building. Sometimes we can learn and grow through suffering. No pain, no gain. Suffering gives important opportunities to become better than we are, and also to feel compassion towards and help others. So the suffering does, after all, have a god-justifying reason. It is not gratuitous.

These explanations have their limitations. The first and third fail entirely to explain hundreds of millions of animal suffering before we show up (presumably, their animal characters don’t need building). Still, these and other theodicies can be supplemented by sceptical theism: the view that, even if there are god-justifying reasons for the evils we observe, those reasons might easily be unknown to us. But then the fact that we cannot think of reasons that would justify god in allowing such evils does not allow us to conclude that no such reasons exist.

Many theists believe that these responses, either individually or in combination, successfully bring the problem of evil down to manageable size. Perhaps god’s existence can’t be established beyond any reasonable doubt. Still, many suggest, it’s by no means unreasonable to believe in god given the availability of the above responses to the problem of evil.

I doubt whether that suggestion is correct. For now consider a different god hypothesis. Suppose there’s a single creator god, a god that is omniscient, omnipotent, and omni-malevolent. This god, if he exists, is cruel beyond our comprehension; his malice knows no bounds. How reasonable is it to believe in such a god?

Most will immediately, and I think justifiably, rule out such a god, and for obvious reasons. If there were an evil god, the world would surely look far more horrific. While there’s suffering, there is also much good—some of which is surely be gratuitous from the point of view of an evil god. That’s to say, while an evil god might allow some goods as the price paid for greater evils, he won’t allow goods for which there is no such justification. Consider love, laughter, ice-cream, and rainbows. Consider the fact that we humans often love each other and selflessly help each other. Consider the fact that some of us enjoy happy and content lives. Surely these facts constitute powerful evidence against the existence of an evil god?

Second, notice that mirror theodicies can be constructed like so:

Free Will. Why does evil god allow us to help each other? Well, evil god could have made us puppet beings that always behaved badly. But if we are merely puppet beings, we are not responsible for what we do, and so moral evil cannot exist. In order to allow for moral evil, evil god had to cut our strings and set us free. The downside to this is that some of us then choose to do good and relieve suffering. That’s the price evil god must pay for the possibility of moral evil.

Laws of Nature. Many important evils are unavailable without the laws of nature. For example, in order for me to interact with you as a moral agent by cruelly murdering you, I need to know that a struck match causes flame, that a flame will ignite the petrol I poured through your letter box, and that the resulting explosion will likely kill you. Without knowledge of such natural regularities, moral interaction is impossible. Unfortunately, these same laws and regularities also produce beautiful rainbows and stunning scenery. That is the price evil god must pay for the evils such laws and regularities allow.

Character Destroying. Evil god puts some beauty in the world as a contrast: to make the ugliness and dreariness of the rest all the more acute. Why does he give us children to love who love us in return? Evil god hates love. Answer: because it is only if we love our kids that we will really suffer when he kills them, as he has done on an industrial scale. Why does an evil god give some of us wealth and happiness? To make the rest of us experience jealousy and resentment—forms of suffering that are unavailable without the existence of things worth coveting. Why do we receive healthy fit young bodies? So that evil god can slowly and cruelly take them away again. Our suffering is so much more intense as a result of our knowing what we’re missing.

So, theists now face a challenge. If they suppose that belief in an evil god is very unreasonable (and surely it is), why is belief in a good god significantly more reasonable? The arguments for god that we have examined, as they stand, appear not to favour one god over the other. Both god-beliefs face an evidential threat, yet both can be defended by theodicies. And both god-beliefs can defended using sceptical theism. I call this the ‘Evil-God Challenge‘ and I don’t believe it can be met.

This essay is based on the article ‘The Evil-God Challenge‘ by Stephen Law, published in Religious Studies.

Stephen Law is Provost of Centre for Inquiry UK, Senior Lecturer at Heythrop College, University of London, and Editor of Think. As well as philosophy of religion, his research interests include Wittgenstein, philosophy of language, and epistemology. 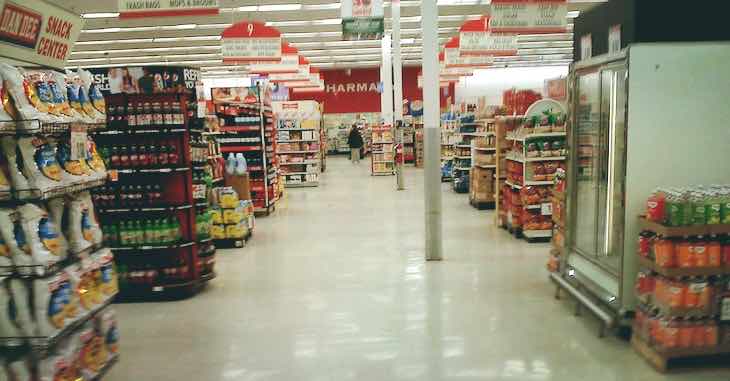