Over the past half-century, El Salvador has transformed dramatically. Historically reliant on primary exports like coffee and cotton, the country emerged from a brutal civil war in 1992 to find much of its national income now coming from a massive emigrant workforce—over a quarter of its population—that earns money in the United States and sends it home. In American Value, David Pedersen examines this new way of life. An excellent account of the history of U.S.-El Salvador relations, writes Alexei Anisin. 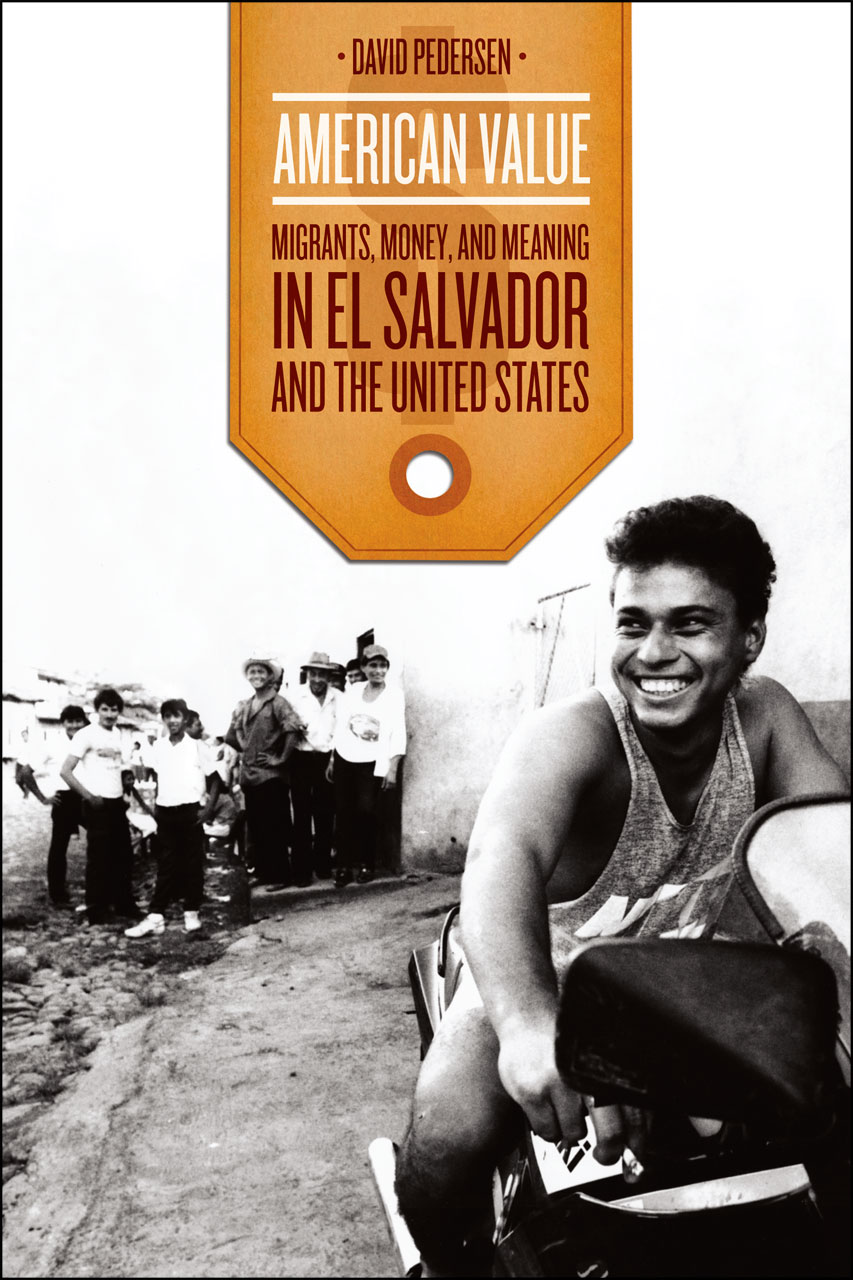 In David Pedersen’s new book, American Value: Migrants, Money and Meaning in El Salvador and the United States, the anthropologist provides a compelling and well-rounded account of U.S.-El Salvador relations spanning from the Cold War period to our contemporary world. El Salvador, a country smaller than most U.S. States, has a quarter of its population working in America as migrant workers. Economic remittances in the form of dollars being sent back to El Salvador, illegal immigration, drug trafficking, U.S. counter-insurgency policy and other significant contemporary issues function as exemplars for cases of similar type through Pedersen’s ethnographic and empirical research on two communities. One community is located in the greater Washington D.C. area where a large proportion of Salvadorian migrants have settled; and the other community is based in Intipiqua village in El Salvador, thus giving name to the D.C.-Intipiqua connection.

This transnational account provides significant political, economic and ethnographic insights into not only the experience of individuals and their families in different frames throughout a fifty year period, but also into the power of retroductive forms of social inquiry. Drawing specifically from three chapters in American Value, Pedersen’s effective methodological approach will be shown to be the key to an overall logically-sound account of a big topic that is composed of many important underlying cross-disciplinary issues. At the same time, Pedersen’s lack of normative critique and response to important questions underpinning major historical forces, identity formation, and ideological battles in the U.S. and El Salvadorian affair is a shortcoming that must be taken into account by the reader.

In the introductory portion of the book, Pedersen ties two theoretical concepts and philosophies together creating a distinct mode of inquiry, drawing on Marx’s theory of capital value determination and Charles Pierce’s semiotic logic. The interlinking of these two theoretical frameworks is placed alongside a retroductive form of analysis that is centered on the concept of value form, where value is meant to be representative of various observed features such as commodities, money, human expressions and the movement of material resources. All features exist in relation to the historical epoch in which they are a part of and can be found in the expressions and story-telling of various actors situated on both sides of the D.C.-Intipiqua relationship.

Chapter three, “Melting Fields of Snow” highlights the decline of the Salvadorian cotton industry and matches it alongside the process of urbanization in the United States in the start of the 1970s. This time period and in turn chapter is a crucial segment of the book as it explains the disparities in different understandings between relations between the two countries. El Salvador was once a powerful coffee and cotton exporter, but suffered from political violence and economic exploitation due to increasing Cold War tensions and the implementation of neoliberal economic policies. During this period, political kidnappings and death threats were common and the 1979 overthrow of General Romero led to an eventual civil war between the communist-revolutionary FMLN and the U.S. backed El Salvadorian military dictatorship. Pedersen does an excellent job of showing the complexity behind this situation through tying El Salvadorian political violence and its effect on migration and American urbanization and its role in opening up the low-wage sector in its cities and suburbs.

In the fifth chapter, “The Wealth of Pueblos,” Pedersen visits the Intipiqua village and reviews the dominant accounts of the remittances phenomenon by arguing that the story behind dollars being sent back to El Salvador by migrant workers in America is much more complex than scholars and policy makers have argued in the past. Intipiqua is visibly Americanized; VCRs, televisions, gardens and paved roads represent the transnationalization of dollars. Pedersen uses the earlier presented story of Marvin, a man who ended up being the poster-boy of wealth for the Intipiqua village, as a shot of him and his newly bought motorcycle in small village gained the national spotlight in the U.S. during the 1980s. In the same light, Marvin was also a cocaine dealer serving affluent Washington suburb customers, and he ended up back in Intipiqua ironically as a Coca-Cola truck driver. Pedersen provides presumably controversial real-life information about the drug underworld in D.C., and at the same time shows journalistic capabilities in tracing the origin of drugs and dealers. Readers are given a different perspective of the cocaine trade in the 1980s, where Bolivia, Peru and Columbia had a third of their economic exports dominated by the coco industry.

In the latter chapters, Pedersen offers some suggestions for the future by focusing on the U.S. military counter-insurgency model that was implemented in the 1980s by Reagan to deal with the FMLN in El Salvador. This model also was used in Iraq, and Pedersen makes the reader aware of this fact with great insights into the Bush administration’s mishaps during this period. The counter-insurgency model developed in the ‘80s is still being used today, yet Pedersen does not go into the many underlying problems behind the generalization of this military strategy onto other nations and cultures. The defeat of the FMLN may have occurred due to the effectiveness of the counter-insurgency model or from various international geo-political forces having to do with the demise of the USSR. Either way, Pedersen’s thoughts on the underlying forces behind such major processes are not clear.

American Value does not contain enough normative critique and author reflection on whether the actions of the individuals he interviewed or whether individuals of similar type should be held ethically or morally accountable. What ideological forces underpin those villagers in El Salvador to take the risk and migrate to the U.S.? What do regular El Salvadorians think of the inflow of U.S. dollars into their country along with the consumerist ideology? Pedersen only states once in the book that Intipiqua is the land of “gringos and dollars”. More author reflection on this topic is needed. This however does not take much away from Pedersen’s effectiveness in presenting the reader with the origins of contentious social issues surrounding the D.C.-Intipiqua phenomenon. On the whole, American Values is an excellent account of the history of U.S.-El Salvador relations and at the same time yields first-rate insights into popular issues in the political and social discourse of U.S. and Latin American relations. A must read.

Alexei Anisin is a PhD student in the Department of Government at the University of Essex. His research focuses on the topic of nonviolent civil resistance and social transition through a discourse theoretic approach. In the past, Alexei has worked for tech start ups in Silicon Valley and is also a reviewer for the ESTRO (Essex University Student Journal). You can find Alexei on Twitter @AlexeiAnisin. Read more reviews by Alexei.