At the beginning of September, Mexico’s President, Peña Nieto, announced an ambitious agenda of education reforms, to a storm of protest. Mark Aspinwall writes that Mexico’s economy is dominated by the informal economy and corruption across society, and that this will inevitably hinder any attempts at reform. For Mexico to truly ignite its economic potential, it first needs better institutions, regulation, and transparency.

On Monday 2 September, Mexican President Enrique Peña Nieto delivered his first annual report, an event much like the State of the Union address given by American presidents. Both are traditionally given in a public address in the Congress. This year however was different, because a dissident teacher’s union had blocked access to the Congress (and the main international airport, many streets, the stock market and other institutions), so the speech was given from the safety of the President’s official residence, Los Pinos.

The president’s ambitious agenda includes an education reform that will result in tests for schoolteachers to see if they’re fit for the job; a job that they may have bought or been given by a relative. Many teachers are up in arms, believing that the old system where teaching posts were personal property to be bought, sold, and inherited is wrong and needs to be abolished. But they’re nervous that exams will be used against them arbitrarily – and this is no small concern. Public authorities are notorious for partial applications of rules, singling out enemies for punishment.

Yet teachers and schools do need to upgrade their standards. I’ve explained to some here that we in UK universities also complained when external scrutiny was imposed, most obviously in the REF and the quality audits of teaching programmes. But like Mexican teachers, we’re public servants and we have to answer to those who fund us, even if the costs to us in bureaucracy and time are high.

It may seem strange that Mexican law enforcement would permit a dissident union to block access to the Congress or the airport. But the police and military have a reputation for cracking down way too hard on social movements that cause problems for the government. So this soft approach – allowing them to block access to key buildings and routes – is a safety valve while Congress works out how many of their demands to take into account in the reform.

Peña Nieto – young, energetic, serious, but also a bit stiff and formal – has been in office for nine months. He is the new face of the post-Revolutionary ‘official’ party of Mexico. His raft of reforms will only work if they are put into place with transparent, impartial, and capable regulators. In Mexico that’s a very big ask. And the fate of the reforms is unclear, as each measure comes with its own die-hard opponents. One of the most divisive is the plan to open the Mexican state-owned oil sector to private investors, including those from other countries. Pemex believes it needs partners to be able to invest in costly new projects like deep water exploration. Opponents believe it would sell out the precious national resource to gringos and violate the sacred tenets of the Constitution.

Meanwhile the president has turned a blind eye to drug trafficking, preferring to focus on crime more generally. In a throwback to the old days of nationalism and sovereignty-above-everything, he has reduced the close cooperation between American and Mexican agents that was encouraged by his predecessor, Felipe Calderon. Critics claim he simply wants to manage Mexico’s image more effectively and has no intention of trying to solve the problem of narcotrafficking. Americans are puzzled. We’re doing great things together to fight cartels, they say. Mexicans see it differently. You’re administering lie detector tests on our agents, flying drones deep into our territory, and your National Security Agency is reading our president’s emails.

The cartels will never be beaten as long as the American appetite for drugs remains voracious, and everyone knows it. There is no greater entrepreneurial or innovative spirit than a Mexican cartel boss. Cartels have moved drugs across the border by traditional means – backpacks, jets, trains, cars, trucks – and by less traditional means – catapult, tunnel, submarine. The previous president tried to defeat the “narcocracy” of northern Mexico and ended up with more than 50,000 dead on his hands – that’s about the same as the number of Americans who died in Vietnam. The old peace between politicians and pushers has given way to more confrontation, but the two sides still have much to do with each other. To pave the way for their shipments of narcotics, Mexican cartels are estimated to spend upwards of one billion dollars (not pesos) per year on bribes to local, state, and federal politicians, bureaucrats, judges, police, military and others.

Corruption is endemic. Corrupt politicians and police are sometimes caught by hidden cameras and tape recorders, but the task ahead is immense. On a recent visit, the head of the union for Norway’s Statoil (like Pemex, state-owned) explained that he earns a bit more than rig workers, around £60,000 a year. He lives modestly in Oslo. Pemex’s union leader Carlos Romero Deschamps, meanwhile, on an official salary of about £15,000 per year enjoys luxury cars, homes in Miami, and many other mysteriously-acquired benefits.

Gluttonous union chiefs routinely siphon off members’ contributions. The head of the biggest union in Latin America, the SNTE, is in prison on corruption charges, accused of diverting two hundred million dollars of union resources for herself, family and friends. She makes Deschamps seem like a choir boy. Union books, unsurprisingly, are not open to scrutiny by anyone – not their members, not government officials, not auditors.

But their members remain silent because they are the lucky ones. Enough trickles down to keep them happy. An astonishing 60% of Mexico’s workforce is in the informal economy – cleaning windscreens on street corners, selling pirate CDs on the Metro, tending gardens. They pay no taxes and therefore do not contribute to public finances, nor are they covered by many social programmes.

This is the downside to the low official unemployment figures, which are around 5%. Other parts of the economy look good at the aggregate level: public finances and inflation are in order, and growth is near 3%, not spectacular but solid.

But a lot remains to be done to ignite an economy which combines high-tech aerospace and car companies along with low-wage assembly plants. Competition, infrastructure, energy, and education all need modernizing before Mexico can hope to fulfil its potential. To make things work properly they don’t need more or better democracy. They need better institutions, regulators, transparency, and justice. They need to overcome the “rule of scofflaw.”

Mexico could be so much more. It is one of the richest countries on the planet in terms of biodiversity and natural resources. There is in the social fabric the warmest heart I have ever lived amongst; people of generosity and old-fashioned formality. They deserve better.

This article originally appeared at the PSA’s Political Insight blog. 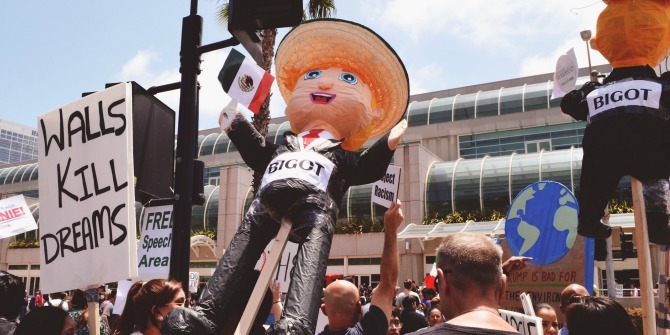