Bruce Katz recently spoke at the LSE on the metropolitan revolution in the United States. But what can British and European cities learn from their American counterparts? For one, strong city leadership with strong mayors makes a big difference. Most importantly, Europe must learn from urban America’s entrenched ghetto patterns and deep-set inequalities, writes Anne Power.

The link between the future of cities in the UK and cities in America is strong and Bruce Katz’s recent book, The Metropolitan Revolution, about America’s hundred most powerful metropolitan areas, brings home this reality. A cross-fertilisation of ideas over the Atlantic and the Channel underlines a common imperative to make cities work. As our most global city, London is a special example of this.

European patterns are distinct in many ways – including Britain. Cities in Europe are dense, compact and crowded by American standards. Suburban building and out-of-town shopping malls are alarmingly common but more modest than the vast suburban sprawl of the US. Europe is a small continent with a large population, so outer growth spreads 10 rather than 30, 50 or even 80 miles out from depleted centres. European governments have to contain their city boundaries to stop cities running into each other. Urban sprawl is consequently constrained.

Green belts around cities became legally binding in the UK in 1947, shaping London particularly strongly and making it a bounded city that governments and developers struggle to break out of. Public planning and development frameworks ensure continued investment in its public infrastructure, parks, walkable streets, buses, trams and trains.

Local loyalties to cities make Europeans favour public space and local services. Jobs and people are gravitating to cities, and urban tourism is booming. This urban tourism is linked partly to historically rich capitals, with pedestrianized city centres, free museums and intense cultural activity, but it partly responds to a revival of interest in industrial heritage and industrial innovation. Cities that were only 20 years ago “on their last legs”, such as Birmingham, Manchester, Newcastle, Liverpool and Glasgow are now growing again. 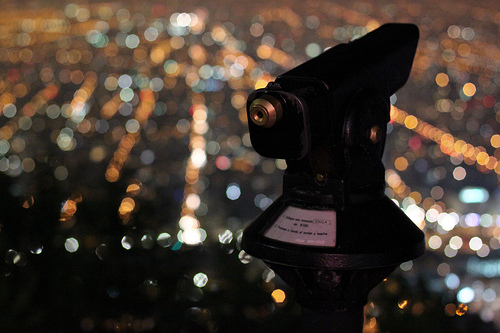 Proximity and dense development also encourage neighbourhood renewal and efforts at integration of poorer communities within the mainstream of the city. The bitter experiences of war embedded a commitment to rebuilding communities that survive today. London is no exception – the old East End and South Bank, former dock and industrial areas, boast communities as diverse as the Coin Street Co-operative Builders on the South Bank and the Poplar Housing Association in East London.

So what can Europe learn from America? First, strong city leadership with strong mayors makes a big difference, and some French, Italian and Spanish cities have highly proactive mayors, as do London and Bristol. Second, local enterprise and social innovation go hand in hand. Given the support, youthful ideas sprout. Third, the environment is not a fanciful, left-wing idea but a hard reality we have to take account of.

US cities expect less of their federal government and depend more on their own initiative than Europeans. A more enterprising culture drives this independence. However, European and particularly British cities are so closely tied into central governments that such a stand-off seems improbable here.

Most importantly, Europe must learn from urban America’s entrenched ghetto patterns and deep-set inequalities. City autonomy and the independence of suburbs make extreme divisions worse. European cities risk mounting inequality unless we respond to danger signals, particularly in our schools. Many schools in London, in areas with high ethnic minority populations, have over 75% of children from minority backgrounds. We cannot afford to be complacent and we must absorb the lessons of racial and ethnic divisions that confront cities like Washington, Chicago, New York and Los Angeles.

In Europe, we take for granted our public transport and other public services. We should strengthen our urban credentials by valuing anchor institutions within our cities more highly – universities, hospitals, civic centres, the arts, transport hubs, squares, parks. Europe’s obsolete industrial infrastructure that cities are so good at reusing adds further value – London Docklands proves this.

The attempts by British, French, Italian, Spanish and other European governments to decentralise power away from the centre have retained the role of national governments in unifying disparate and diverse regions, linked under single legal systems, single currencies, and single overarching tax and social security systems. This holds citizens together and nowhere is it more important than in cities like London, where inequalities are intense.

Cities are becoming more important as resource centres of innovation, production, culture, social life, and sustainability. Chamberlain, former mayor of Birmingham and Prime Minister, said in 1892 “Cities are like joint stock or cooperative enterprises in which every citizen is a shareholder and the dividends are receivable in the improved health and the increase in the comfort and health and happiness of the community”. On this premise, urban government was built, partly because the likes of Joseph Chamberlain show that cities make a unique contribution to the development of our civilisation, partly because cities help make the whole bigger than the sum of the parts.

Anne Power – LSE
Anne Power is Professor of Social Policy and Head of LSE Housing and Communities, Centre for Analysis of Social Exclusion.