Angus Deaton is Professor of Economics and International Affairs at Princeton University. In this interview, he discusses his new book with Joel Suss, Managing Editor of USApp’s sister blog, British Politics and Policy at LSE.

The great escape is two things: First, it is one of the basic movies that everybody knew and everybody watched in which some people break out of a German prisoner of war camp in World War II and, you know, they are very sophisticated and they dig tunnels and they make passports and fake documents and all this. And then more than 200 people get out through these tunnels and head for home. Not very many of them make it, which is something we might come back to but it was the great escape. So I use that as a sort of running analogy for the real great escape of the book which is people escaping from a sort of prison of early death, destitution, having very little – living as slaves, no democracy, no education. All the things we take for granted today, at least in some of the world, people didn’t have and so they’re escaping to freedom from the sort of “unfreedoms” of those things.

It’s complicated, right? Because it’s not, in the first instance, just bad. I mean, you don’t think that the people who got out of the prisoner of war camp made it that much worse for the people that were in. But let me give you an analogy which I think shows the ambiguity of the problem. In 1964 there was a very famous report in the United States by this surgeon general which was the first to many Americans definite evidence that smoking was really bad for your health. And, you know, that saved a lot of lives because people, they made their escape from addiction to cigarettes because they knew this new information. But one story I tell in this book is that this surgeon general, who’s a gentleman called Luther Terry, was chain smoking on his way to the press conference where he was going to introduce the surgeon general’s report. His aide was sitting next to him in the car and said “Dr Terry, I should prepare you for this, you’re not going to like it but the first question you will be asked is ‘do you smoke’?” and Luther Terry says “that’s ridiculous! That’s a private question, that’s nothing to do with public health”, you know, how dare they? And the aide said “Well, you know, I’m just telling you” and the first question was “Do you smoke” and Luther Terry said “No, I do not smoke” and they said “When did you quit?” and he said “20 minutes ago!” 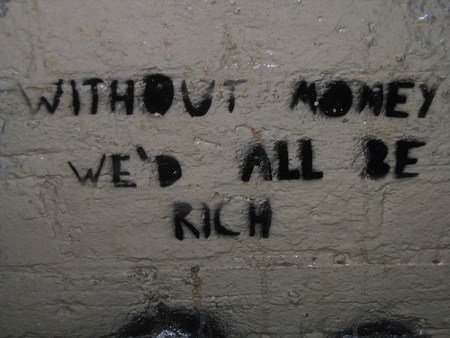 Turning that story on it’s head; here’s the surgeon general, he’s a physician and quit within 20 minutes of his own report. Most physicians quit pretty quickly after that too. Most educated people followed. Most wealthy people followed. So then what you had was the people left behind. Now you don’t think that’s bad because you know, OK a lot of people did better, no one’s worse off that they were before, why is the world a worse place? But 50 years later when those inequalities are still there does that seem such a good thing? There’s some structural inequality there which is very – seems very hard to erase and it seems morally very ambiguous. So that’s one sort of inequality that seems really problematic. There are many others.

Because I think you make a terrible mistake if you don’t. My regret is that I don’t know enough or couldn’t write a big enough book to bring other aspects of freedom in there like democracy, education, the ability to migrate, for instance, which is something I don’t really talk about at all and I think is very important. We’ve become very specialised, so economists are left to think about income, doctors left to think about health, and political scientists to think about politics. “That’s your business, this is my business” sort of idea. But if  people get richer but they’re totally disenfranchised, that doesn’t seem like such a good deal. If people get richer and their health gets worse, or someone else’s health gets worse as a consequence of them getting richer, it doesn’t seem like such a great idea either.

Now that the top 1% or top .1% continue to amass an ever greater share of society’s wealth – where are we headed? Are you pessimistic or optimistic?

The future is enormously hard to predict, as you know! I think there’s a lot of danger and some days I’m pessimistic and other days it seems like…there are forces on both sides of this and you know, people don’t really like being messed around with. One thing we haven’t talked about is the slow down in economic growth in the United States and other rich countries too, and I think that makes all of this that much more poisonous because if the pie’s growing you can give people extra slices without hurting what you have. But when the pies not growing, the only way I’m gonna get something is by taking away from you guys.

This interview originally appeared at the British Politics and Policy at LSE blog.