With increasing concerns about the economic and environmental impacts of traditional mass-tourism, ‘niche’ destination’ tourism is becoming an increasingly popular alternative. David J. Nemeth looks at ‘phantasmal’ tourism, which attracts visitors to experience imagined supernatural, magical, or mystical allure. He argues that by capitalizing on the perceived ‘dark’ aspects of roadways numbered 666 authorities in America can encourage tourism and development to revitalize depressed local economies.

“Here is wisdom. Let him that hath understanding count the number of the beast: for it is the number of a man; and his number is Six hundred threescore and six.” (Revelation 13:18).

Biblical scholars, parishioners and polymaths have debated the significance of this enigmatic scriptural passage for centuries. In academia, the whereabouts of “the beast” is an intrinsically geographical question.  By exploiting the fact that the address of the beast has long been a known quantity (666) and is destination-specific, my colleague Dr. Deborah Che and I propose a plan to exploit America’s 666-roadways that has present-day rural economic development applications.

Our proposal responds in part to a growing consensus among academics, economic development planners and public administrators that prolonging modern industrial-age mass tourism into the new millennium is not economically and environmentally sustainable. “Niche” destination tourism is emerging as a viable alternative and appropriate for serving targeted postmodern customer demographics in a postmodern era. Examples of sustainable, profitable niche tourism destination marketing already exist. Wine lovers flock to California’s Napa Valley. Hell, Michigan, satisfies “darker” expectations for tens of thousands of niche tourists that recreate there during “Hellfest”,

Dark destination tourism (a.k.a. “thanatourism”) is a now burgeoning niche destination market worldwide, by appealing to those in search of destination sites and experiences that involve historic death and tragedy. Visiting the Cambodian Killing Fields or touring the site of the St. Valentine’s Day Massacre in Chicago are popular thanatourist niche destination activities. 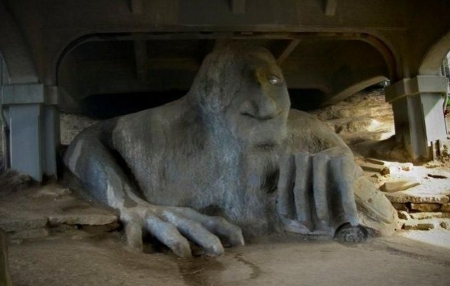 The foundational case study of phantasmal niche destination tourism is an ambitious PRC intergovernmental collaboration that has created a highly successful “Shangri-La” resort district in and economically-depressed corner of Yunnan Province. In 1995 43,000 tourists visited Yunnan Province and in 2003 there were over a million arrivals there on their way to Shangri-La.

A “Phantasmal destination” is any tourist site imagined by its visitors to have supernatural, mystical, or magical allure. The typical phantasmal destination tourist is primed by marketers to arrive at the destination ready and willing to stretch their pre-existing frames of reference far beyond real world possibilities to the extent that they embrace supernatural scenarios.            Yunnan’s Shangri-La, distilled its magical formula from James Hilton’s 1933 Lost Horizon fantasy novel. It offers supernatural, mystical, and magical allure for prepared tourists packing robust imaginations and mystical expectations. Phantasmal niche tourists are by choice enthusiastically self-delusional.

Dark tourism has always exhibited the power and potential to educate its customers. Educational value-added opportunities available while on tour typically include lessons in social, political and religious history, in physical, economic and cultural geography, and in close-up, hands-on environmental learning experiences. In its darkest modes visitor exhibits are calculated to inflict a visceral body punch on a tourist (for example, a Holocaust Museum tour) that can stir the emotions while stimulating critical thinking. Thanatourism, for this reason, is sometimes called “grief tourism.” The deliberate marketing of a “searching for the beast” dark phantasmal niche experience along America’s routes 666 not only thrills but deliberately encourages unscientific “selective thinking” and “confirmation bias” in place in order to generate critical thinking about the dangers of these logical fallacies out of place. Self-reflecting on self-delusion and its implications in the real world following the Shangri-La phantasmal experience is the ideal critical thinking teaching moment for its contemplative tourists.

The proposed merging of successful phantasmal and dark destination niche tourisms into a single phantasmal dark destination tourism niche is novel and timely. We have incorporated into our proposal an appropriate place-specific case study: The David Zeisberger Highway (Route 666) in mountainous northwestern Pennsylvania. Along the way we reach into cartographic history to retrieve a distinct genre of religious “roadway maps” inspired by well-known proselytizing works by John Bunyan (The Pilgrim’s Progress) and John Milton (Paradise Lost). These “Life as a Highway” maps represent the human life experience on Earth as an allegorical journey along alternative decision paths. Invariably a “straight and narrow path” leading to Heaven that rewards the reverent few is juxtaposed on the map to a serpentine path leading to the gates of Hellish punishments for the dissolute majority.

Our proposal argues that regenerating a robust awareness in America of the address location of the beast along 666-designated roadways to Hell fits a prevailing new millennium “extreme” youth geopsychology and greases the wheels for their search for the beast at dark niche tourism destinations. Niche marketing can trigger a mini-tourism boom that has the potential to revitalize pockets of distressed rural economies along targeted 666-numbered roadways in rural America. There are ample roadways numbered “666” to justify in part the feasibility of the proposal. Example 666 road signs in America below are, clockwise from top left: Texas, Ohio, Pennsylvania, New Jersey, Virginia, Florida, and New Mexico.

Existing “extreme” consumer demographics necessary and sufficient to justify a test application of the proposal and their potential for growth are also promising. Some 666 roadways are already permeated with the appealing irony of postmodern odd juxtaposition. For example, along Florida State Route 666 in St. Petersburg where the address of the beast exists in uncanny juxtaposition with the sainted place name. Similarly Texas Rural Road 666 extends cheek to jowl through the hinterlands of Corpus Christi (Sp. “Body of Christ”). A prime example of a 666 roadway featuring a remarkably uncanny odd juxtaposition was recently lost when the lengthy Interstate 666 that coursed through New Mexico, Colorado, Utah and Arizona and encircled the Four Corners Monument “crucifix” was renumbered due to a politically powerful coalition of concerned Christian groups and Native American tribes.

David Zeisberger was a Moravian missionary who performed good works among Native Americans in northwestern Pennsylvania in the late 18th century. Incredibly, a Route 666 there has been named in his honor! This unintended mashup of the Rev. David Zeisberger Highway with the address of the beast within a remote rural poverty pocket of America begs for interpretive exploitation and qualifies this scenic route test site in particular for promoting a proposed phantasmal dark tourism destination niche for the public good. Conditions along the roadway are already sufficiently “spooky” as a 666/beast public awareness has left its imprint here and there: 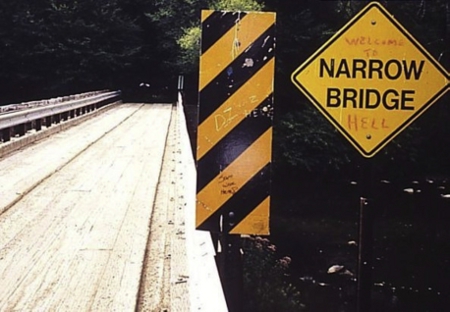 Dire economic decline along Pennsylvania 666 also makes it an ideal location for testing the efficacy of the proposal. Forest timber harvests have plummeted locally. A vibrant traditional blue-collar hunting and fishing tourism market that served manufacturing employees is in rapid decline due to regional deindustrialization and depopulation.  At present there few viable proposals in play for local economic revitalization. Profitable and sustainable ecotourism planning is only a remote possibility. However, the Route 666 proposal might complement or perhaps incorporate a compatible ecotourism plan. The proposed test marketing campaign for “searching for the beast along PA 666” need now only begin.

This post is based on the co-authored (with Dr. Deborah Che) article ‘Alternative tourism geographies: Leveraging the ironic case of Pennsylvania’s Route 666 for economic development’ in Applied Geography.

David J. Nemeth – University of Toledo
David J. Nemeth is Professor of Geography and Planning at the University of Toledo in Ohio, USA. He is a cultural geographer with research expertise in Romani-American studies, American vernacular landscape, and Jeju Island (South Korea). The Korean-language translation of his book Architecture of Ideology: Neo-Confucian Imprinting on Cheju Island, Korea (University of California Press, 1987) was published in 2013. The Gypsy American (2002) describes his ethno-geographic field work among semi-itinerant Romani wipe tinners based in Southern California, circa 1967-1972.