Obama signs up for Obamacare, GOP lags on Senate fundraising, and who benefits from economic recovery? – US national blog round up for 21 – 27 December

As Christmas week unfolded, developments with the rollout of President Obama’s signature policy, the Affordable Care Act (also known as Obamacare) continued. On Saturday,The Lonely Conservative says that Obama looks to be ‘taking a wrecking ball’ to his new healthcare program, especially after his recent concession that Obamacare’s individual mandate can be delayed. On Sunday, American Thinker writes that the next day is the deadline for people to sign up to Obamacare to avoid the penalty fee for not being covered. They say that the program is in such dire straits that insurers and consumers are unsure of what to do. On Monday, Hit & Run reports that the Obama administration has, in a ‘secretive’ move, has extended the deadline for signing up once again by an additional 24 hours. They comment that it is strange that the administration has delayed the deadline, and yet not told anyone. Meanwhile, United Liberty says that the ‘politically motivated’ delay to the individual mandate is a surprise to insurers who are participating in the state and federal exchanges. 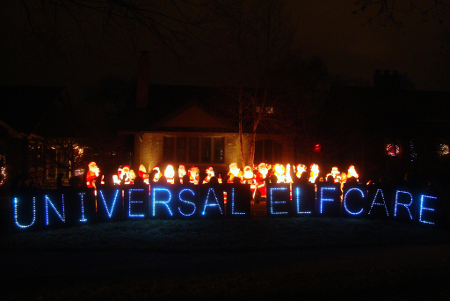 On Monday, The Foundry reports on the continuing case of Hobby Lobby, an arts and crafts business, which, due to its religious beliefs, opposes certain aspects of the Obamacare mandate, such as drugs and devices that can cause abortions early in pregnancy. Hobby Lobby has challenged the mandate in the Supreme Court, which will now take up the case.

This week President Obama signed up for the program that bears his name (at least informally). The Lonely Conservative argues that Obama’s move is a symbolic gesture, as he will continue to receive healthcare via the military in any case. American Thinker says that the way that Obama signed up – his staff had to do it for him as his personal data is not on certain databases – raises questions about why his identity could not be verified.

On Thursday, American Thinker says that Obamacare has been so sloppily drafted that U.S. Territories, such as Guam, the Virgin Islands and the Northern Marianas may be covered by some requirements of the program, but not others, making it hard to impossible for some in those Territories to buy health insurance. Meanwhile, Daily Kos covers recent studies from the Kaiser Family Foundation that have found that there are widening gaps in coverage and access to healthcare, gaps which disproportionately affect minority communities.

United Liberty covers Senator John McCain’s recent introduction of legislation that would repeal Obamacare and offer an alternative that is more patient-centred and would give more consumer choice.

On Sunday, American Thinker reports that Republican fundraising for next year’s Senate campaigns is significantly lagging behind that of the Democrats’. Democrats have apparently raised nearly $2 million more than the GOP, something that they attribute to President Obama’s influence. Despite having fundraising issues in the Senate, according to Outside the Beltway, Republicans now have a slight edge in generic polling for Congress, leading Democrats 49% to 44%.

On Monday, The Atlantic writes that not all things are rosy within the Democratic Party – a schism between the party’s moderates and liberals is developing over the issue of economic inequality. This break, now made more prominent in light of progressive Bill de Blasio’s recent victory in the New York mayoral race, and the rising popularity of Massachusetts Senator Elizabeth Warren, will become more important as Obama becomes more of a ‘lame duck’ President in the lead up to the 2016 election. Meanwhile, PoliticusUSA reports on ‘yet another’ Republican Representative telling Obama to do what Congress tells him to do. This is despite Obama being unremarkable in terms of the number of Executive Orders he has issued, relative to other recent Presidents. 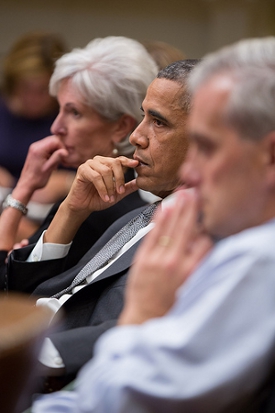 As 2013 draws to a close, PoliticusUSA says that little light is on the political horizon for the coming year, or the remainder of President Obama’s term, given the current popularity of the Tea Party faction of the Republican Party in Congress. On Friday, Roll Call takes the opportunity to look at the best Congressional ads of the year.

The past week has seen the situation in South Sudan become increasingly violent, with growing fears of a civil war in the new country. On Sunday Informed Comment reports that President Obama has warned South Sudan that its allies would cut aid, after three U.S. military Osprey aircraft came under fire as they headed to the rebel-held city of Bor to evacuate Americans.

On Saturday, Crooks & Liars looks at a new poll which says that 2/3 of Americans believe that the war in Afghanistan is not worth fighting. Surprisingly, the poll also cuts across party lines.

With such disagreements over the war in Afghanistan and the actions of the NSA, perhaps U.S. foreign policy makers could take some advice from The Monkey Cage which offers some ‘crowd-sourced’ foreign policy ideas from 21,000 students across the world.

Last week President Obama nominated Senator Max Baucus (D-MT) to be Ambassador to China. Wonkblog muses on whether or not ambassadors now matter all that much, given that the posts tend to be rewards for campaign supporters, and crises are often dealt with by high-level administration officials.

On Saturday, American Thinker looks at the latest GDP revisions released by the Department of Commerce from 3.6% to 4.1% may be a sign of more normal growth in the coming years. On the other side, PoliticusUSA argues that Republicans are making sure that the current economic recovery is only of benefit to the rich, as they “have no inclination, or incentive, to create jobs, raise the minimum wage, extend benefits for the unemployed, or fund infrastructure improvements that are crucial to a sustained recovery”. Paul Krugman echoes this point, arguing that times are ‘lousy’ for the employed as well as for the unemployed. Meanwhile Daily Kos looks at a new study into corporate taxes that has found that higher tax levels do not hurt job creation, as it would mean more government revenue for infrastructure projects and more investment in education. Occasional Planet takes a closer look at corporate influence, using the recent case of the Boeing Corporation getting an $1.7 trillion subsidy from Missouri for the company to build a new plant in the state.

This week, Crooks & Liars reported that 100% of new power capacity in the U.S. came from renewable energy sources in November, the second month this year.

Finally, The Hill’s Congress Blog looks at the economic and political plight of the U.S. territory of Puerto Rico. They say that the territory is experiencing high rates of unemployment and difficulties in repaying its debts. They argue Congress should act to move towards Puerto Rico becoming a new U.S. state.

Outside the Beltway looks at President Obama’s dating advice for the First Daughters.