Consumer behavior in online shopping is affected by sales tax 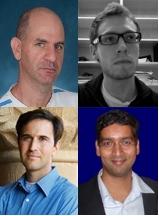 Profits from the sales tax make up a large percentage of overall revenues in many states, making the estimated $10 billion lost each year to tax-free internet purchases particularly concerning. Liran Einav, Dan Knoepfle, Jonathan Levin, and Neel Sundaresan examine just how much the presence (or lack thereof) of a sales tax influences consumer behavior. He finds that online purchasing goes up by 1-2 percent for each percentage point increase in the state sales tax, and that an online sales tax does lead to a decline in purchases.

The tax treatment of online commerce has been hotly debated. In the United States, the current legal regime effectively makes a sizeable fraction of online retail tax-free, at a time when there is significant pressure on state and local governments to generate tax revenues.

In conventional retail sales, sellers must collect the applicable state and local sales tax. When a U.S. buyer purchases from an out-of-state seller, however, the buyer’s home state cannot compel the seller to collect sales tax. Instead, states require buyers to self-report and pay an equivalent “use tax.” While this conceivably might amount to the same thing, use tax compliance is extremely limited and is estimated to be only in the single digits. 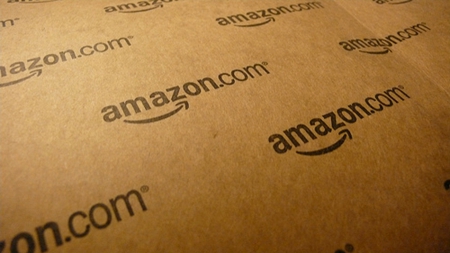 Merchants are classified for tax purchases according to whether they have a physical presence (known as “nexus”) in a given state. The 1998 Internet Tax Nondiscrimination Act made it explicit that Web presence alone does not constitute nexus, placing online commerce in an analogous situation to mail-order sales. As a result, “brick and click” retailers, such as Wal-Mart, Best Buy, or Barnes and Noble, that have stores in essentially every state must collect sales tax on their online sales. However, smaller online retailers, such as sellers on eBay or other e-commerce platforms, and larger Internet-only retailers, such as Newegg and Amazon, must collect tax on relatively few of their online sales.

When the Internet was new, some argued that favorable tax treatment would facilitate the growth of online commerce. Of course, from the perspective of states with stressed budgets, this translates into forgone tax revenue. Sales and use taxes on retail purchases are substantial are the largest single component of overall state tax revenue, more than 30 percent. Estimates suggest that the “missing” taxes on Internet sales could amount to $10 billion a year.

Current policy debates about online taxes are taking place at both the federal and state levels. Discussions at the federal level revolve around harmonizing the varied system of state and local taxes, with the goal of lowering the transaction costs of collecting taxes on interstate sales. Debates at the state level have tended to involve challenges to the legal definition of nexus, as states attempt to classify more retailers, especially Amazon, as having nexus and hence being responsible for sales tax collection.

An unanswered question in the policy debate is how much sales taxes actually matter in determining where and how consumers shop. Although some have argued that favorable sales tax treatment has helped spur the growth of online commerce, others point out that sales taxes may not be very salient to consumers and that factors such as convenience and variety could be much more important in driving retail purchasing decisions.

In recent research, we used the data from eBay’s massive online marketplace to estimate the importance of sales taxes. As one part of our study, we looked at tax changes that have occurred over time at the state and local level, and examined whether (untaxed) online purchasing by state residents increased when their applicable offline tax rate rose. We found that for every 1 percentage point increase in state sales tax, online purchasing increases by 1 to 2 percent. For example, if a state raised its sales tax rate from 8 to 9 percent, our estimates suggest that this would lead to an increase of 1 to 2 percent of online spending by state residents and a likely corresponding decline in offline sales. Another interpretation of the estimates, farther out-of-sample, is that if the law changed to require collection of home-state sales tax on all internet purchases, internet purchasing by state residents might fall by 8-9% in a state with a typical 5-6% sales tax. 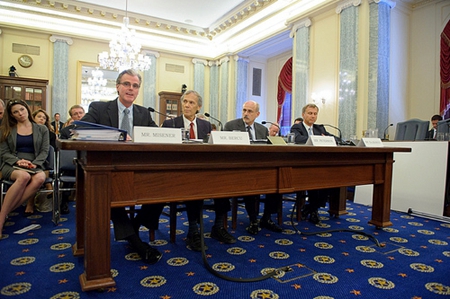 In a second part of our study, we investigated exactly how much consumers actually pay attention to sales taxes. Offline studies have found that consumers tend to treat sales taxes as a “hidden” price and respond less to taxes than to regular retail prices. We used detailed browsing data from eBay to find hundreds of thousands of “micro-experiments” in which individuals clicked on an item only to find that there was a sales tax collected (if they lived in the same state as the seller) or no tax (if they lived in a different state). We compared these instances to see if the tax would deter some purchases. We do indeed find a non-trivial decline in purchases when tax is applied, and substitution to similar goods being sold by out-of-state sellers (where the purchase would be untaxed). However, the tax sensitivity is perhaps only a third or even less than what we might have expected from an equivalent increase in the retail price.

The uneven application of sales taxes also has a second potential consequence. It may help to determine the geography of online commerce, by encouraging online shoppers to purchase from sellers that are located in different states and by encouraging sellers to make their location decisions to obtain favorable tax status.

To assess this, we tried to estimate the extent to which Internet consumers shop “out of state” to avoid sales tax and how this might affect the flow of goods in online commerce. A somewhat surprising finding is that contrary to the popular idea of “frictionless” Internet commerce, online shoppers seem to exhibit fairly strong preferences for buying from nearby sellers and in particular for buying from sellers within their home state. The effect is sufficiently strong that, according to our estimates, a California seller who moved across the state border into Oregon to reduce her tax liability on California sales might lose enough of her California sales to nearly offset the tax benefit!

This calculation suggests that online retailers face a trade-off between locating near their customers and locating far enough away from their customers to limit their taxes. Amazon famously resolved this in favor of limiting taxes. Two of Amazon’s distribution centers are located just on the Nevada side of the California/Nevada border. In fact, none were located in California or in New York. Of course, the company’s recent agreement with California to collect taxes has changed the calculus, and it now opened new centers in California. If the state and local initiatives to apply sales tax across the Internet succeed, effects on retail location decisions could prove to be transitory.

This article is based on the paper “Sales Taxes and Internet Commerce,” which appeared in the American Economic Review, January 2014, pp. 1-26.

Neel Sundaresan – eBay Research Labs
Neel Sundaresan is the Senior Director at eBay Research Labs where he leads the research team in areas like Search, Machine Learning, Big Data Science, and Vision, among others.  Prior to joining eBay he was a founder, CTO of a network CRM company and prior to that he was a manager of the eMerging Internet Technologies group at IBM Almaden Research Center.