The Great Recession sparked outrage over the exorbitant salaries and bonuses going to those viewed as responsible for causing the economic crisis. In spite of the public outcry, governmental efforts to limit executive pay failed to enact any real change. Sandra Suárez compares the legislative responses to corporate salaries after the Great Depression and the Great Recession, arguing that efforts in both cases were largely symbolic rather than actual attempts to curb the salaries of those at the top.

When politicians feel popular pressure to act, but are unwilling or unable to address the root cause of the problem, they resort to symbolic policy making. Symbolic policies are those that confer the appearance of change, allowing policymakers to present themselves as having addressed a problem, but ultimately preserve the status quo. The issue of excessive executive compensation is ripe for symbolic policy making, especially during economic crises. In the US, executive compensation rose to the top of the political agenda during both the Great Depression of the 1930s and the Great Recession of 2008-2009. Presidential candidates, members of Congress, the media, and the public alike blamed corporate greed for the economic downturns. In both instances, however, enacted legislation stopped short of changing the way in which executive pay was determined or placing effective, enforceable limits on it. A comparison of the policy responses to the Great Depression and the Great Recession reveals that policymakers never formulated effective policies to restrain executive pay levels or interfere with the pay-setting process that has been the root cause of the problem. Symbolic policy making helps us understand why there is no evidence that policies that purport to regulate compensation had or will have a measurable impact on the level of executive pay in the US.

Prior to the advent of managerial capitalism, members of the board were also shareholders, and it was understood that they were not to receive compensation for their service. With the rise of the large public enterprise, share ownership diffused. In companies with diffuse share ownership, senior managers began to control the nomination and appointment of members to the boards of directors. In the modern corporation, boards of directors are supposed to represent the principals, that is, the shareholders. But the emergence of diffuse share ownership has given managers a great deal of influence over many issues, including their own pay. It is this relationship that is the root cause of excessive pay in spite of the various statutory attempts to regulate its growth after major economic downturns blamed on greed.

Policies purportedly enacted to control excessive pay during the Great Depression and Great Recession included a combination of short-term and long-term legislative solutions. While generally perceived as business setbacks, targeted executive salary caps imposed on companies receiving financial assistance from the Reconstruction Finance Corporation (RFC) during the Great Depression and from the Trouble Asset Relief Program (TARP) during the Great Recession were idiosyncratic and not uniformly applied. The broader regulatory changes such as disclosure requirements in 1933 and 1934, and “say on pay” in 2010 similarly preserved the status quo because they did not alter the exclusive authority boards of directors have to determine executive pay and left untouched the influence senior managers exert over boards in the US. In both instances, policymakers came up with symbolic and highly opportunistic measures that addressed the immediate popular uproar without tackling the fundamental pay-setting structure and process. They even failed to enforce salary limitations that enjoyed bi-partisan and public support.

What explains the symbolic outcomes during the crises? The policy making processes suggest that while the public justifications for the short-term and long-term efforts were similar (i.e. to rein in greed), the political debates surrounding the formulation of objectives, design and execution of the regulation varied. With regards to the short-term salary caps, the structural power of business, which refers to the “signaling device” that guides the decisions of policymakers, was important factor which contributed to rendering them symbolic. It prevents them from going against the interests of business for fear of the possible negative economic consequences and increase in unemployment. Not all policy issues respond to the structural power or result in similar policy outcomes, not even during the same historical period.

The expectation with regards to the salary caps was that they would not turn out to be a symbolic effort, because when the government bails out or becomes a part owner of the assisted businesses, it should be in a stronger position to regulate the compensation of their executives. However, because the effect of the short-term caps was presumably more immediate, the impact they could have on the economic recovery was an important concern for those policymakers in charge of implementation. The enactment of the caps was hindered because President Roosevelt needed bankers to jumpstart the economy with new lending just as much as President Obama did; a sure indication that the structural power of business to inhibit real reform was not entirely diminished by either crisis.

Concern with the economic implications of salary caps were evident during the Congressional discussions and reflected in the resistance to the caps by the chairman of the RFC, James Jones, during the Great Depression and by Treasury Secretaries Henry Paulson and Timothy Geithner during the Great Recession. Jones, a former businessman, was specifically appointed to lead the RFC to help businesses during the crisis, not to impose compensation limits. Paulson felt that conversations about compensation limits would make businesses less likely to accept the help they needed and lead to economic catastrophe. Geithner was appointed to get the economy growing again and facilitate business returning to profitability, so that they could pay back the government. All three were sympathetic to the view that compensation caps could have the opposite effect to that they had been hired to do, a view that was advocated by the targeted businesses and contributed to the symbolic short-term effort. 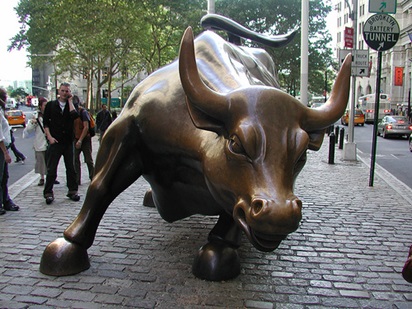 While the economic crises facilitated the enactment of the short-term and long-term caps, the latter are explained by a different political dynamic. The reluctance of policymakers to intervene with the pay setting process to reduce inequality contributes to the symbolic long-term outcomes. The conventional wisdom in comparative politics is that historically Americans have been relatively more tolerant of income inequality than their European counterparts and this is reflected in the debates about executive pay. The prevailing view of policymakers, businesses, management scholars and institutional investors is that issues related to executive pay are distinct from concerns about inequality. The long-term policy responses are geared towards finessing the relationship between the principal (the shareholders) and the agent (the CEO and senior management) and not towards devising an effective mechanism to rein in pay. In the US, the parameters of what can be done to regulate pay are set exclusively by the mantra that nothing that interferes with the effort to align the interests of managers to those of the shareholders is acceptable and distributional concerns have no place in this debate.

Finally, a public that understands the concept of greed, but is not familiar with corporate governance issues and how they are related to inequalities of income distribution is no match for a business community that is united against efforts that could alter the governance structure of publicly traded firms. At the most basic level, US citizens do not even seem to know how much US CEOs earn. In a survey conducted in 2007, Benjamin Page and Lawrence Jacobs found that Americans believe that CEOs of large corporations earned a total of about $500,000 a year. The median CEO pay at the time was actually around $10 million. This state of affairs creates a situation in which policymakers can blame economic crises on greed, and then present themselves as having addressed the problem of excessive pay with symbolic solutions such as disclosure requirements and say-on-pay; the same solutions that were previously advocated by policy entrepreneurs who, along with the business community, institutional shareholders and management scholars, do not view them as a mechanism to lessen inequality.

The study of symbolic policies throws light into the character of the democratic form of government. While voters can replace the individuals holding office, their influence is hampered by the lack of knowledge about the policies and their impact, offering an opportunity for the political class to engage in symbolic policy making as a way to address popular concerns without upsetting the overall balance of power in society. Executive compensation is an issue that occasionally rises to the top of the political agenda. In the US context, it is an issue prone to symbolic political action precisely because fundamental change is difficult without altering the balance of power between owners and managers and between business and the voters.

Sandra L Suárez– Temple University
Sandra L. Suárez is Associate Professor of Political Science and Faculty Affiliate in Latin American Studies and Women’s Studies at Temple University. She specializes in the study of American and Comparative political economy and public policy in historical perspective. Her current research centers on the effects of “focusing events” on executive compensation policies and governance practices in the U.S. and U.K. and on the historical evolution of financial privacy rights in Spain and the U.K.