The Internet and the online experience have become a pervasive and near-essential part of modern society. But many commentators are concerned at the apparent deficiency of online encounters and their ability to produce useful knowledge. Using what they term as a ‘netnographic’ approach Gernot Grabher and Oliver Ibert examined the content of contributions to nine virtual hybrid communities on online forums. They find that even in the absence of physical or relational proximity, these online communities are able to produce economically useful knowledge, and that they can afford unique technical opportunities and social dynamics that foster learning processes that are unattainable in face-to-face contexts.

Online encounters are mostly regarded as deficient. They seem to lack the sensory richness of meeting face-to-face, of shaking hands, and of sharing the mood of the moment. And yet, the relevance of online collaboration in today’s globalizing world can hardly be underestimated. The most complex tasks, like knowledge co-creation in a laboratory or the identification of business opportunities on financial markets are nowadays performed in online environments. Of course, these virtual environments are technically far more sophisticated than the online experiences of our everyday Internet usage. However, the apparent effectiveness of online collaboration is not just an outcome of ever more sophisticated technical features that blur the boundaries between online and offline.

We argue instead that presently we are witnessing the emergence of an unprecedented form of social practices of collective learning. These new practices have given rise to “virtual hybrid communities”. Such communities can be described as a widely dispersed and loosely coupled group of fans, hobbyists, but also dedicated professionals who interact with another on diverse online forums to share their experience, generate new ideas and launch new projects. Community members value the shared matter of concern as an end in itself and thus are intrinsically motivated to share their ideas. Usually only few members contribute consistently and extensively and, consequently, enjoy the highest reputation among their peers. They make up the core of the community, while the majority “lurks” in the background and intervenes only occasionally.

In a recent research project we analysed the content and quality of contributions by members of nine virtual hybrid communities to relevant online forums. In our sample, for instance, virtual communities emerged around leisure sports activities such as sandboarding (using mono-ski-equipment to ride down sand dunes) or famous brands such as BMW motorcycles or Nikon cameras. The IKEA Hackers use products from the global brand as basic material for creating own furniture designs. Other virtual communities arise around shared problems. The DCA (short for dichloroacetic acid) community, for instance, collaborates on a cancer drug that, due to expired patents, is no longer pursued by Big Pharma. Yet, many cancer patients, their relatives, but also some dedicated medical and professional pharmacists still put high hopes into this drug and seek to develop it further collaboratively on the DCA site by sharing their experience of applying and modifying drug usage. For the virtual communities we examined in detail we found the common perception of online interaction as a somehow deficient substitute of more traditional forms of face-to-face interaction misleading.

When you have to be explicit

Although virtual hybrid communities typically interact online, face-to-face encounters and personal meetings of community members are not uncommon. But why do community members meet personally? We did not find any evidence that face-face-meetings were intended to compensate for shortcomings of online interaction with regard to exchange knowledge, ponder over ideas, or furnish joint projects. Rather than for exchanging knowledge, we found that personal meetings were mainly intended to maintain motivation and to strengthen the social cohesion of the community.

In online environments participants share ideas without being co-present in the same location. They thus cannot observe each other when riding a particular motorbike or tinkering with specific pieces of IKEA-furniture. Yet, tangibility remains an important issue, as we found many contributions in which members explain the conditions under which they made a certain experience or learned an important lesson. The sandboarders community offers an obvious example. As every sandboarding track is embedded into a unique landscape, members have to describe in detail the particular physical properties of their boarding spots to specify the wider relevance of their suggestions: hill gradients, sand granularity, weather conditions, ramps, board characteristics and so on have to be specified in detail in order to make sense to other community members. The IKEA Hackers take advantage of the standardization efforts undertaken by the global manufacturer of furniture. They can be sure that all their fellow peers across the globe will be able to act on exactly the same materials, screws, pegs and pins – as long as they will be obtained from IKEA.

From our view, the alleged chief deficiency of virtual hybrid communities, the lack of a shared tangible material context implies an opportunity for learning. In online interaction framing conditions that matter are not simply given, rather they have to be identified and explained in detail to afford a shared understanding. And this very necessity for explication creates chances to question what otherwise would be taken for granted. If, for instance, members of the NIKONIAS community realize that the same camera equipment performs differently on two distinct occasions, it becomes necessary to specify exactly, which factors from the local framing conditions (light incidence, air humidity, seasonal conditions, exposure time) have caused the surprising effect.

The advantages of not being there

Usually the absence of face-to-face encounters and the dependence on online interaction mostly are perceived as bottlenecks for collaboration. Our findings, by contrast, suggest a stronger appreciation of the enabling character of these very circumstances.

For instance, members in hybrid virtual communities usually do not reveal their real identities. Instead they use nicknames. This character of quasi-anonymous encounter is reinforced in the code of conduct of hybrid virtual communities that frequently precludes personal attributions and stress the open and, in principle, egalitarian constitution of the community. Under conditions of quasi-anonymity alternative cues of professional experience, disciplinary background and formal status are factually absent. Also contextual clues such as office location, seating position or even clothing no longer influence communication. Under these conditions posts by community members are mainly valued according to their contribution to the specific problem at hand. Quasi-anonymity, in this sense, implies a redistribution of influence from formal status to competence, commitment and enthusiasm. Views that in more traditional face-to-face settings (such as patients in the setting of a conference of medical professionals, for example) could not be raised or would remain unheard can be articulated in virtual communities and, if they matter, also receive fair feedback. Online, then, acts as powerful social leveller. Figure 1 gives a summary of the feedback we observed across the virtual communities we studied.

Sustaining engagement in the community is further enhanced by specific features of online exchange. Cross-referencing (copying posts by fellow peers and integrate them into own statements), for instance, is a common practice in virtual communities. As a consequence, discussions are often persistent over years due to the features of storing and retrieving messages. Also most forums provide message databases that may be searched via electronic queries. Such a “rewinding” of time to accurately review and collectively re-elaborate a discussion seems hardly possible in a face-to-face meeting. Moreover, due to following on from certain previous posts (while ignoring other statements) members continually evaluate circulating ideas, thereby advancing some and, at the same time, sorting out less relevant ones.

Many communities we analyzed create sophisticated online registers in which insights and suggestions of more general relevance are organized into a more formalized knowledge corpus. A particularly rich example is the DCA site that has developed an increasingly differentiated register that offers access to relevant studies about alternative cancer therapies or reports on dosage and side effects. A ‘Frequently Asked Questions’-section is continually extracted from ongoing debates. Such online repositories foster a culture of rational discussion in which individual experiences and perspectives are articulated and collectively re-elaborated with insights from science and technology.

In contrast to immediate face-to-face encounters that take place in real time, the debates in online forums might delve into the subject matter for a considerable period of time. The most extensive thread we analysed in our sample went on for almost two years. Moreover, on average, across all the analysed threads contributors took about five days before reacting on fellow peer’s suggestions. These long response times offer several advantages in comparison to traditional face-to-face interaction: these response intervals leave, for instance, more time for participants to contemplate answers. They further allow testing various modifications and versions of ideas before reacting to a contribution, a frequent practice in the IKEA Fans Forum. Also it becomes feasible to wait with an answer until reliable diagnostic material or test results are available, as the DCA forum illustrates. Longer response times offer richer opportunities to support an argument with additional material, for instance with a sketch, a blueprint, a section from a research report, a CAT-scan, a set of supporting data or a photography. Due to longer response times, topics can be discussed more thoroughly. Finally, community members who typically are simultaneously involved in a range of related communities have the opportunity to introduce additional information by consulting alternative forums and to enrich debates with divergent ideas. Consider the analogy to correspondence chess. Here, even mediocre players can play on a level comparable to that of grandmasters, as they use the long response times between moves to mobilize collective intelligence, for instance, by asking fellows for advice, consulting relevant literature or testing alternative scenarios of moves on computers.

While people act in immaterial online environments they are at the same time physically present in the way they carry out their material workarounds and use tools and artefacts. Tangibility is important, though not in the sense of physical co-presence of people, but more in the sense of physical co-presence of objects. Furthermore, online interaction cannot simply be reduced to a deficient version of the “real” face-to-face experience. The main point we wish to make here is that online interaction adds new opportunities beyond traditional face-to-face settings. The Internet is not just another limited channel to connect people. Rather, it affords unique technical opportunities and social dynamics unattainable in face-to-face-only settings.

This article is based on the paper Distance as asset? Knowledge collaboration in hybrid virtual communities, in the Journal of Economic Geography.

Gernot Grabher – HafenCity University Hamburg
Professor Gernot Grabher is Dean of the Master School Urban Planning and directs the research unit Urban and Regional Economic Studies at the HafenCity University Hamburg (HCU). Currently, he is conducting research that explores how social network sites reshape socializing and innovation; how the sharing economy transforms urban life, and how cities can learn from rare events. 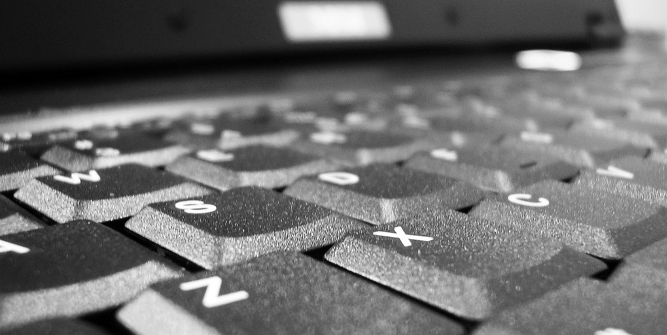