In recent years, the gap between whites and minority groups for postsecondary attendance and graduation has remained stubbornly high, contributing to ongoing income inequality. For many, early intervention to encourage eventual college attendance among children is important – but what sorts of interventions are needed? Using a longitudinal study of nearly 1,400, Suh-Ruu Ou finds that elementary students’ non-cognitive abilities, or how they interact in the classroom environment, can be a predictor for college attendance. She argues that altering factors such as parents’ involvement in school, and introducing programs that identify children with adjustment difficulties, might increase their chances of attending college in the future.

Low socioeconomic status (SES) Americans are less likely to enroll in college and obtain a postsecondary credential than their middle- or higher SES peers. In 2012, 50.9 percent of recent high school completers (ages 16 to 24) from the lowest 20 percent of all family incomes were enrolled in a 2- or 4-year college, compared with 80.7 percent of high school completers from highest 20 percent of all family incomes. The gap is larger in terms of completion of bachelor’s degree or higher. In the National Education Longitudinal Study of 1988 cohort, by age 26 or 27, only 16.2 percent of students from the lowest 20 percentile SES families completed Bachelor’s degree or higher, compared with 72.2 percent of those from the highest 20 percentile SES families. Moreover, while the racial gaps in high school completion are closing, the racial gaps in completion rate of higher education are not improving. In 2013, 20 percent of African-Americans and 16 percent of Hispanics between 25 and 29 years of age earned a Bachelor’s degree or higher, compared with 34 percent of Whites. With these continuing concerns on equitable access to postsecondary education and the benefits related to postsecondary education, it is crucial to promote participation in postsecondary education for underrepresented groups.

Programs implemented in college aiming to improve retention rates or increase accessibility for underrepresented groups are beneficial to some students. However, those programs will not be able to reach students who are far remote from the college entrance gates. Many young adults, especially economically disadvantaged minority youth, do not attempt to attend college. To promote higher education for those youth, interventions will have to start early in life. Identifying early predictors of postsecondary education will shed lights on how to alter educational trajectories for disadvantaged youth.

In a recent longitudinal study of nearly 1,400 people, we examined early determinants of college attendance and degree attainment for economically disadvantaged minority youth. The sample was drawn from the Chicago Longitudinal Study (CLS), an on-going investigation of a panel of low-income minority children (93 percent African American and 7 percent Hispanic) born in 1980, growing up in high-poverty neighborhoods in Chicago. The findings indicated that three factors in elementary grades can potentially improve both college attendance and BA degree completion for economically disadvantaged minority students: better classroom adjustment, high parent expectation in child’s education, and better academic performance.

The findings from this longitudinal study have implications for schools, educators, and policy makers. First, early influences from childhood are found to have lasting effects into emerging adulthood. The predictive power of the childhood precursors of college attendance provides justification for early intervention. The process of educational attainment is a constant interaction between individuals and the environment, and altering early factors in the process will have impact on the trajectory. For example, family process factors can promote children’s college attendance as parent involvement in school in elementary grades is positively linked to college attendance. Comprehensive early childhood intervention and school reform models, such as Comer’s School Development Program promote school-family partnerships, strengthen parenting practices, and increase parent involvement in school, might lead to higher rates of college attendance. This example demonstrates how the findings from this longitudinal study can be applied to design intervention programs to increase individuals’ possibility of college attendance. Early determinants can also be used to identify groups that are most in need of prevention programs.

Second, for educators and other professionals, the findings provide them intervening factors to address in order to promote college attendance. For example, classroom adjustment is associated with college attendance and BA degree completion positively. Programs that identify children with adjustment difficulties and provide services to help those children improve social adjustment might increase their chance of attending college in the future.

This article is based on the paper ‘Early Determinants of Postsecondary Education Participation and Degree Attainment: Findings From an Inner-City Minority Cohort’ in Education and Urban Society. 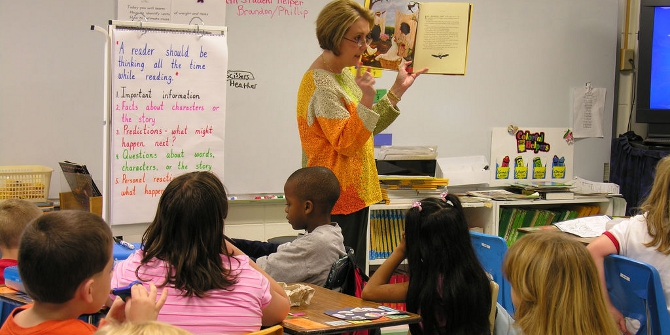