The 21st century has already seen dramatic changes affecting both journalism and politics. The rise of a range of new digital and networked communication technologies combined with the stagnation and decline of many traditional mass media has had a profound impact on political journalism. This is a handy, relevant resource for scholars of political journalism and critical media studies worldwide, as well as for news and public affairs practitioners who stand to gain from a nuanced understanding of the factors, both obvious and overlooked, that are shaping political journalism today, writes Joseph Peralta.

The recent verdicts on the News of the World phone hacking scandals have all but assuaged media reformists. They have breathed new concerns around the extent of unchecked newsgathering methods, whose harm remains damning, unfathomable, and undiscovered. The trial has highlighted the tenable relationships between political sources, journalists, and media organisations, as well as the pressure under which the latter must consider their commercial and moral impetuses in order to survive within a very competitive, globalised market.

Political Journalism in Transition: Western Europe in a Comparative Perspective uncovers how political journalism functions today at the intersections of media management, digital technology, and politics amidst shifting levels of public interest. Whether it was the Leveson Inquiry, the coverage of the recent European Parliament elections, or the ousting of longtime executive editor of the New York Times Jill Abramson, Political Journalism in Transition puts forward a comparative analytical framework that sits squarely within these timely issues. Editors Raymond Kuhn and Rasmus Kleis Nielsen, both leading scholars of political communication and political journalism, have built upon their previous work around news management, media policy, new technologies, and civic participation, and have assembled a body of work that emphasises the interdisciplinary nature of these shifts currently redefining political journalism as it unfolds today.

The authors demonstrate that while economic, political, and technological factors have brought about changes in political journalism that similarly run across Western European countries – accelerated news cycles, the shifting balance of power between journalists and political sources, the rise of political communication professionals, and the pressure to produce competitive content over a range of platforms including digital media – the inextricable cultural differences that have defined media development and journalistic relationships within each country have provided continuity for national variations in political journalism to exist. This argument thus challenges the assumption of an underlying convergence towards a single model of political journalism in the West.

The 5 national case study chapters that make up the first half provide an introspective look on how the theme of changes and continuities play out within each country. There is not much of a debate here: chapter authors on France (Kuhn), Italy (Cornia), Germany (Reinemann and Baugut), Denmark (Blach-Orsten), and the United Kingdom (Davis) each makes a case that the national variations in the institutional configuration imply against this convergence. This understanding is important, that given the rise of global media conglomerates where newsgathering practices and journalistic cultures bleed across borders, political journalism is still very much shaped by national variations.

A reading of this first half explains why sensational tabloid journalism has not caught on in France as it has in the United Kingdom, how the journalistic focus on German political parties – and not individual politicians – has tempered media partisanship, and why online journalism has struggled to take root in Italy but is currently upending the Danish independent news regime towards a more competitive, commercialised one. These national case studies are rich, accessible, and revelatory, especially for readers and scholars who may not be as familiar or as nuanced with their understanding of the within-country forces that influence each country’s respective media model and political journalistic culture. 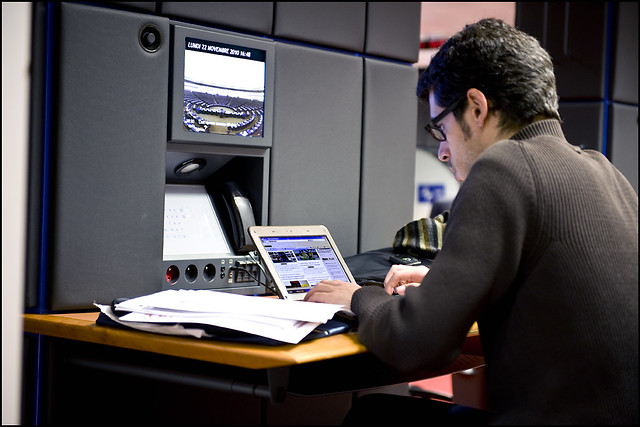 No book about political journalism in Western Europe is complete without a chapter on European Union political journalism, which begins the latter half of the book dedicated to cross-national themes. Oliver Baisnée writes a candid analysis of EU reporting, one that he calls “boring” and lacking as a source of journalistic interest not only to editors but also to the public.

The declining number of EU correspondents and the misalignment of their coverage with their home media’s journalistic and economic priorities all have direct implications on political apathy and the overall “democratic value of news.” One could present, however, the intense coverage of the eurozone crisis and the rise of eurosceptic blocs after the most recent European Parliament elections as antithetical to his premise. But these are to Baisnée’s point: EU political journalism remains an “elite” niche, without enduring political personalities and arcs that grab 24-hour news cycle headlines, at least until the next round of austerity measures or MEP elections. (A simple Google Trends analysis suggests that the topic of “European Parliament” only seems to spike during the MEP elections).

Cushion’s chapter on independent public media, entitled “Do Public Service Media (Still) Matter?”, presents a strong case for a well-funded, regulated public broadcasting service as a means to an informed citizenry. Not to be confused with state broadcasters aligned with a sitting government (and thus are subject to political agenda-setting (p. 23)), public service media delivers the “democratic value” of news and current affairs programming.

Cushion clearly singles out the “American exceptionalism” in this regard, wherein the objective of impartiality is slowly crumbling under the pressure of operating within a market-driven, largely unregulated media domain. As a result, relative to its Western European counterparts, the American public service media, delivered through the Corporation for Public Broadcasting which underwrites the National Public Radio (NPR) and Public Broadcasting Service (PBS), is slowly proving to be indefensible against federal budget hawks and public disinterest.

The author could have supplemented his cross-national comparison on the levels of public media funding and changes in the amount of time spent on news and current affairs programming with data on people’s awareness and favorability of their own public media channels. Given that public broadcasting heavily relies on public funds – whether through licence fees or pledge drives thinly-veiled as 60s music infomercials – the answer to whether public broadcasting still matters or not is served by asking if the people who provide it financial sustainability still support it.

Two immediate observations can be made about the book. First, while readers interested in political journalism in developing countries might be disappointed with its geographic scope, the book’s implied emphasis on using nuance is a useful tool in understanding the complexities associated with media development. For instance, as the same change forces shape the fragile state of media regime in Iraq – where the proliferation of satellite stations and online news has resulted in a diverse media sector post-2003 invasion – the nation’s tumultuous political and economic situation have incessantly shifted the involved actors. This lesson was lost on the US-led media reform efforts, whose aim to turn what was once a state propaganda instrument into an independent, democratic media system has been constantly undermined by issues around funding and licensing, regulation, and the general scepticism towards media’s legitimacy, rooted in years of authoritarian control.

Second, social media evangelists might be a little underwhelmed by the supporting role the platform plays in this volume. While the book indeed identifies the transformative role of digital technology in newsroom practices, it also gives concrete proof of an uneven adoption of social media and online-only outlets as the main sources of news and current affairs, even amongst citizens of highly-digital nations of Western Europe. This assumptive role avoids the need for the book to prove a causal effect between online news provision and civic participation, a relationship which remains unsettled at best, murky at worst. This critical distinction invites a thoughtful pause amongst readers who are under the belief that only technology will save the dying news industry at the end of the day.

Political Journalism in Transition remains one of the most comprehensive, interdisciplinary comparative analysis of political journalism that is currently in print. Any analysis that features these confounding and intersecting historico-political elements could have easily resulted in a heady, impractical work, but this bipartite anthology offers a complete resource that is straightforward and digestible. It is a handy, relevant resource for scholars of political journalism and critical media studies worldwide, as well as for news and public affairs practitioners who stand to gain from a nuanced understanding of the factors, both obvious and overlooked, that are shaping political journalism today.

Joseph Peralta
Joseph Peralta is a New York City-based research and policy analyst whose diverse interests range from politics and media communications, to governance in the age of emerging technologies and ICT for development. He received his MPA in Public Policy and Management degree from the London School of Economics. He tweets at @_JoeyPeralta. Read more reviews by Joseph.