People are more likely to spend time together in public spaces than they were 30 years ago.

People are more likely to spend time together in public spaces than they were 30 years ago.

Has the rise of mobile phones made us more likely to be isolated and alone in public? New research from Keith N. Hampton based on observations of thousands of people in public spaces in 1979-1980 and again in 2010, shows that we are in fact less alone, and more together in public. He finds that there has been a substantial decline in the number of people alone in most of the public places examined, that there has been a large increase in the number of women visible in these public spaces.

Despite concerns that Americans are increasingly likely to live alone, that loneliness has increased, and that the mobile phone – by distracting us from those around us – has led to the loss of conversation, today public spaces are a more likely source for interacting than they were three decades ago. Observations of nearly 150,000 people captured on film in four public places in 1979-80, and from video taken of the same places 30 years later, show that we are less alone and more together in public. Mobile phones, while seemingly always present, are used in public by a small number of people, who tend to linger in place, but rarely use their phones in groups. Other social changes have had a more meaningful impact on the use of public spaces. Women, whose participation in the workforce has increased by 44 percent since the early 1980s, have increased their use of public space. Men and women are spending more time in public together. These observations counter the suggestion that new technologies are responsible for a large scale shift in how people use public spaces, and that Americans are increasingly socially isolated.

In a comparison of pedestrians filmed in four public spaces located in Boston, New York City, and Philadelphia at two time periods, 30 years apart, we found that the proportion of people in groups had increased relative to people who were alone. The early films, created by the Project for Public Spaces, a nonprofit planning and educational organization founded to expand on the work of William Whyte, when compared to recent videos, show a decline of 24 percent in the presence of people who were alone at the Met Steps in NYC, a 24 percent decline in singletons within Boston’s Downtown Crossing,  and an 8 percent decline in people alone on the sidewalks outside of Bryant Park in NYC. Only on Chestnut Street in Philadelphia did we find an increase, of 12 percent, in people walking alone. Unlike the other spaces we observed, Chestnut Street has few leisure and commercial amenities. The absence of these features, as William Whyte noted in his classic book on the Social Life of Small Urban Public Spaces (1980), already made this an unlikely space for social engagement. However, we found that the increased presence of women accounted for much of the change in people walking alone. Of those who were alone on Chestnut Street, there was a 10 percent increase in the proportion of women, and a 7 percent decrees in the proportion of men.

A shift in the composition of groups and the presence of women has also accompanied the decline in the number of people alone in public spaces. While we tend to assume that issues of gender inequality in public spaces are a thing of the distant past, compared to only 30 years ago women are much more visible in American public spaces today. At the Met Steps the proportion of women has increased by 33 percent, in Bryant Park by 18 percent, and on Chestnut Street by 2 percent. The proportion of people in groups, where everyone is of the same sex (i.e., groups of two men or two women), has declined dramatically: a 21 percent decline at the Met Steps, 23 percent in Bryant Park, and 31 percent on Chestnut Street. Women are more likely to be in public and men and women are more likely to be in public together. This trend is likely connected to women’s higher level of workforce participation, and the tendency for women to stay in school longer, delay marriage, and have children later.

In one setting only, Downtown Crossing, we found a 15 percent decline in the proportion of women, and a 15 percent increase in the proportion of groups who were of the same sex. While it might seem peculiar, that this one setting experienced a decline in gender diversity when other settings did not, this too is likely connected to changing gender roles. Although there was an overall increase in same-sex groups in this area, it was male only dyads (groups of two people) that increased by 51 percent, while female-only dyads decreased by 329 percent. The change in behavior in Downtown Crossing, a well-known shopping district, could be part of a larger shift where men increasingly take responsibility for shopping, an activity that was once regarded as feminine, and a task that men tend to view as instrumental is increasingly social.

While much of the activity that takes place in public spaces might be viewed as non-purposeful; people chatting informally, or hanging around a place with little apparent purpose; public spaces play an important role in American democracy. The activity of public spaces is often negatively describes as loitering, but might better be described as lingering. Well known urban scholars, including Jane Jacobs, have long argued for the value of lingering. Lingering provides opportunities for interaction, surveillance, and safety. In contrast to private interactions that take place in the home and workplace, public spaces are more likely to provide interactions across class, ideological, religious, ethnic and racial lines. These spaces provide opportunities for exposure to people and messages that they would otherwise be unlikely to encounter. People who spend more time in public have more diverse relationships. This benefits people individually, through improved chances of getting a good job, their health, and many other measures of well-being, and benefits us all by helping people recognize their common interests and accept their differences.

This article is based on the paper “Change in the social life of urban public spaces: The rise of mobile phones and women, and the decline of aloneness over 30 years” in Urban Studies.

Keith N. Hampton – Rutgers University
Keith N. Hampton is an Associate Professor in the Department of Communication, School of Communication and Information, at Rutgers University. He received his Ph.D. in sociology from the University of Toronto. Through a broad range of empirical approaches, that has included ethnographies of urban neighborhoods, observations of public spaces, and large-scale national surveys, Hampton has been studying the social consequences of the Internet since the late 1990s. Most recently, he has looked at how stress, social capital, social isolation, helping behavior, political participation, and democratic deliberation have changed as a result of the use of new digital technologies. More of his research can be found at http://www.mysocialnetwork.net. 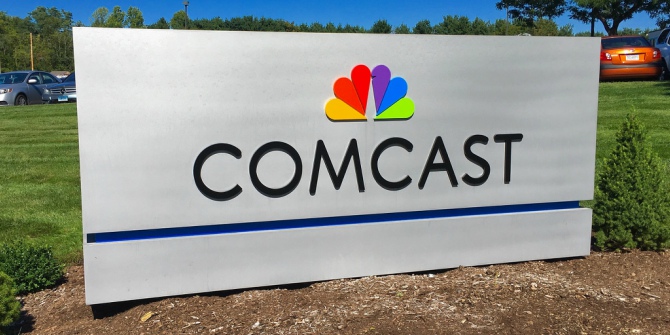 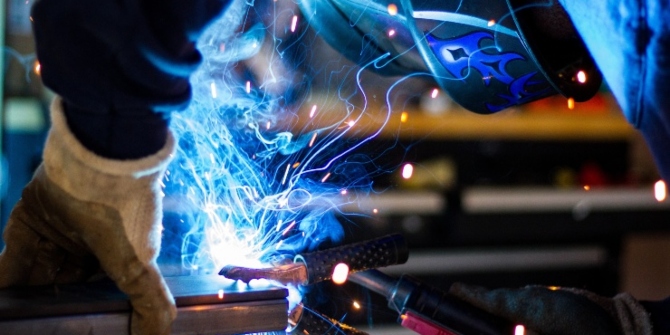 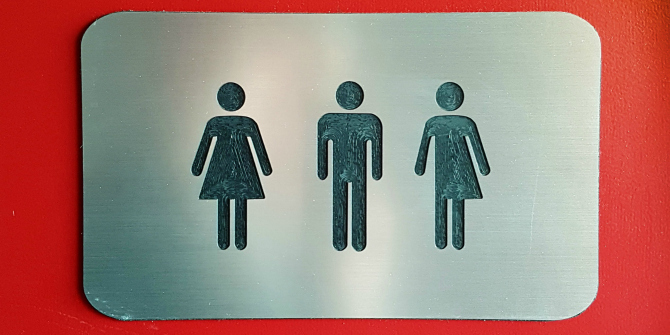 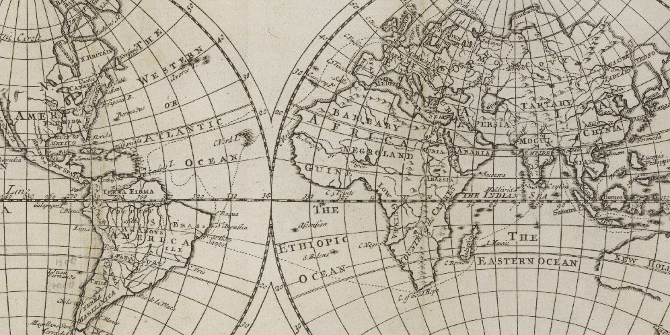