For many, informal settlements are an urban characteristic normally equated with developing countries, and not the United States. Esther Sullivan and Carlos Olmedo look at the rise of informal housing that often reaches far beyond the U.S.-Mexico border. Through a survey of residents in two informal housing communities in Texas, they find that home self-building provides an affordable way for people to obtain housing on little means. They also write that support is needed for those in informal housing in the form of credit aid, as well as improvements to insulate against the effects of the weather.

Research on poverty housing in the U.S. often ignores the role of informal housing provision, generally understood as the incremental self-building of the home by the resident. In our research, we find that residents of informal housing developments procure their homes using self-help and adaptation, often financing them through informal means. We also find that there is a major need for financing support for those in these developments, as well as for a streamlined process of gaining property titles, and support for dwelling upgrades, especially weatherization improvements.

Owner self-building plays a crucial role in the production of affordable housing internationally and is widely recognized as a crucial source of housing production for the world’s poor. The concept of informal development has largely been relegated to settlements in developing countries despite its role in producing owner-occupied housing in the U.S. and in Europe, where self-provided housing accounts for over 50 percent of new housing production in countries such as the Netherlands, Ireland, Belgium and Germany.

Informal self-help housing in the U.S. has been given attention primarily along the U.S.-Mexico border in communities known as colonias where residents provided basic utilities (such as potable water and electricity) while self-building their homes. Substandard conditions inside colonias garnered substantial scholarly and policy attention in Texas, leading to a series of Texas Senate bills that required installation of basic infrastructure in all such communities after 1989. Yet self-help housing practices proliferate far beyond the U.S.-Mexico border. Researchers have uncovered the spread of similar development patterns in peri-urban areas across the continental U.S.

The little research on informal homebuilding in the U.S. focuses primarily on the ways cities restrict such housing development and regulate informal development out of metropolitan areas. While these studies hypothesize that urban housing restrictions channel poor and immigrant populations to other cities or to rural hinterlands, our research shows instead that residents maintain economic ties to central cities while settling in county lands surrounding city centers where lax regulatory climates accommodate self-built, low-cost, informal housing.

Informal housing remains largely unstudied in the regions outside the U.S.-Mexico border and the communities where this housing is developed have thus not benefited from the policy interventions that have targeted colonia-type housing. To better understand the self-help housing stock found in informally developed communities we analyzed housing processes and housing conditions in two such communities in Central Texas.

Our research (which is publicly available with all redacted databases) is part of a broader research project of the Latin American Housing Network centered at The University of Texas at Austin. The study arose in response to requests from community leaders and residents, who asked for a baseline survey of housing conditions in their communities to aid in grant applications for infrastructure improvements. With this request, we worked with local community leaders over the summer of 2010 to implement a two-wave mail and in-person survey of 133 households.

These communities, Redwood and Rancho Vista (shown in Figure 1), are typical of informal subdivisions in that they are located with weakly regulated county lands outside of an urban center. They are also prototypical of the niche that informal subdivisions play in the geography of expanding urban regions: they are located in the peri-urban land surrounding San Marcos, Texas, which is not only the city with the highest rate of population growth in the U.S. according to the 2013 U.S. Census but is also located between San Antonio and Austin, two of the 10 fastest growing metropolitan areas in the U.S. These communities provide opportunities for owner-occupied housing that is otherwise unavailable in rapidly growing and increasingly expensive urban areas. Here 91 percent of those surveyed own or are purchasing their home.

Within Redwood and Rancho Vista we found clear adaptations of techniques used throughout Latin America to procure owner occupied housing on little means. Residents acquire lots legally for between $20-30,000, usually through seller financing. Then they build their homes through self-help or by installing new or used manufactured housing units, adding rooms and extensions as time and resources become available. They self-contract for some utilities and rely on septic systems.

Over half (53 percent) of Redwood and Rancho Vista residents live below the poverty line, yet 91 percent own or are purchasing their home, underscoring the important role of informal housing for low-income would-be homeowners. Residents financed their home purchases primarily through informal routes. Only 23 percent reported a bank mortgage while 56 percent used cash or installments paid to the seller of the home and 83 percent used seller financing to acquire the lot itself (usually for later self-building).

At the time of survey over half of the respondents (61 percent) had lived on their lot for 15 or more years. However, 42 percent of the primary units were purchased within the past 10 years. In other words, a portion of those living on the lot for many years had a primary unit that was built or moved to the lot more recently. Residents might wait years between lot acquisition and occupation and then wait longer as they incrementally build. This often takes place with the use of manufactured housing (roughly 2/3 of respondents reported that their primary dwelling unit is a mobile home) as residents replace a camper with a trailer, upgrade a dilapidated trailer with a newer model, and then add to the home over time.

To better understand the need for specific home improvements in these communities, we then inquired about 24 housing dimensions (listed below) deemed to be especially problematic in low-cost dwellings. Residents rated these on a scale from 1 (constant problem) to 4 (not a problem). The top four problem areas (combining the categories of “constant” or “occasional” problems) are related: 72 percent said that doors do not close properly; 69 percent said their dwelling is too hot during the summer; 63 percent said it is too cold during the winter; and 62 percent noted poor insulation. Other related problems include roof and plumbing leaks, poor ventilation, mold/humidity/condensation, and poor air quality.

Clearly, one key finding (supported by ordered logistic and linear regression) for the two informal homestead subdivisions is that multiple benefits can be achieved through cost effective do-it-yourself home improvements related to weatherization, insulation, and air circulation. Given the high degree of construction expertise found among our survey respondents (79 percent listed one householder with construction skills), these improvements could be undertaken using the self-help techniques already common in these communities. However, to do so effectively requires weatherization education, self-help resources, and the availability of microfinancing for incremental upgrades.

A very large proportion of our survey population (90 percent) indicates that they have plans in place to upgrade their home for both livability and future equity. This is occurring alongside high poverty levels, (about 50 percent). These point to a need for financing support. Lower cost loans and small scale credit – especially if linked to possible incentives for sustainable interventions – will be crucial in upgrading this stock of low-cost housing on the urban fringe.

This article is based on the paper ‘Informality on the urban periphery: Housing conditions and self-help strategies in Texas informal subdivisions’ in Urban Studies.

Esther Sullivan – The University of Texas at Austin
Esther Sullivan is a doctoral candidate in the Department of Sociology at The University of Texas at Austin. Her research focuses on urban policy, poverty, inequality and housing insecurity. She is currently working on a book, Manufactured Insecurity, based on a multi-year two state ethnography of eviction and forced relocation in closing mobile home parks.

Carlos Olmedo – The University of Texas at Austin
Carlos Olmedo is a doctoral candidate at the LBJ School of Public Affairs at The University of Texas at Austin. His current work investigates the intersection between school-to-work transitions, residential segregation and low-income housing sustainability along the US-Mexico border. His broader research focuses on workforce and industry development and wage equality. 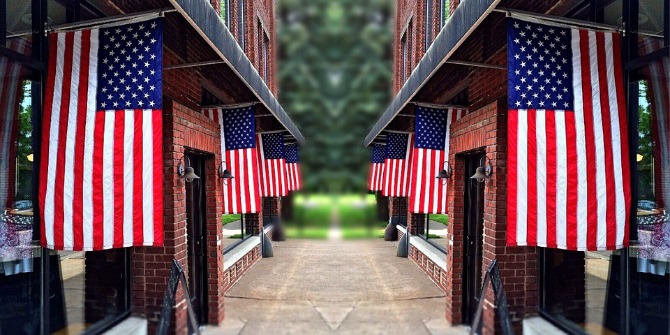 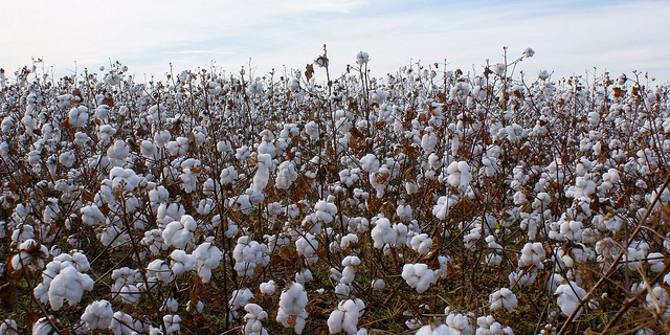