Much research and commentary has been written on the impacts of subprime and other ‘exotic’ mortgage products in the aftermath of the 2008 financial crash. In recent research, Brent Ambrose looks back to the early part of the last decade and finds that the rise of subprime mortgages had a spillover effect on the housing rental market. He finds that higher-income renters left the market to take advantage of easier credit for mortgages. As a result, a higher proportion of households remaining in the rental market had lower incomes and a higher incidence of default on their lease contracts, which in turn led to rising rents. He argues that while the promotion of subprime mortgages was ostensibly so that people could own a home, the policy may have had a disproportionately negative impact on the part of the population least able to bear the increased rents.

During the housing boom of the previous decade, the development of exotic mortgage products and the widespread use of risk-based pricing, along with the easing of underwriting standards, allowed households previously excluded from the mortgage market to have access to mortgage financing, thereby achieving their lifelong objective of owning a home.  This migration to homeownership is a direct result of various housing policies designed to provide access to and support the mortgage markets. Such policies include the mortgage interest deduction for homeowners, the creation of the government sponsored enterprises (Fannie Mae and Freddie Mac), and the Federal Housing Administration mortgage insurance program.  Although many studies have examined the positive aspects associated with homeownership, policies designed to encourage mortgage originations can have negative consequences on the rental market. In new research, I find that a one percent increase in subprime mortgage origination activity in the early 2000s corresponded with a near 2 percent increase in the rental market lease default rate.

In thinking about the interaction of policies that promote homeownership and mortgage expansion, consider where these new homeowners were before purchasing their new home.  They were renters.  Owning and renting are substitutes, with household characteristics and financial considerations playing an important role in determining housing demand and tenure choice decisions.  Since most households typically borrow the bulk of the purchase price of their home, the availability of mortgage financing influences these decisions as well. Thus, the sustained growth in mortgage lending from 2001 to 2006, attributed in part to the interaction of looser underwriting standards and the development of innovative mortgage products targeted at under-served populations, enabled numerous households previously excluded from the mortgage market to achieve, at least temporarily, the American dream of homeownership.

However, while the homeownership rate was increasing, the risk profile for the population of renters also changed.  For example, Figure 1 shows the deterioration in median household income earned by renters as compared to the national median household income. Consistent with the notion that the characteristics of the renter population shifted during the housing bubble, the median renter household income as a percentage of all household median income declined from 67.5 percent in 2001 to 62.7 percent by 2005, indicating a significant shift in the income level of the renter population. This increase in the risk profile of the rental population is consistent with the notion that expansion in mortgage credit through subprime lending altered the underlying risk distribution of the rental population. 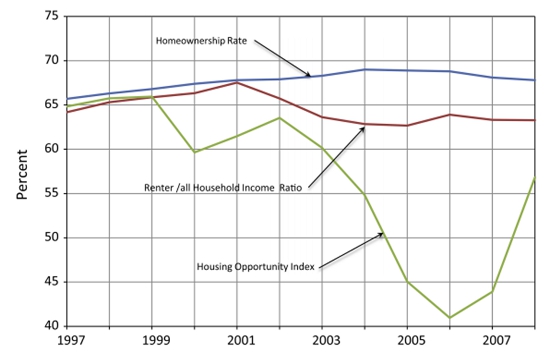 Figure 2 illustrates the significant positive relation between the growth in subprime mortgage lending and risk in the rental market.  Using data from a credit bureau that reports rental payment history, Figure 2 displays the rental/lease default proportional hazard curves for a random sample of multifamily leases between 2001 and 2006 in markets that experienced low and high subprime activity.  In this figure, low subprime markets are Metropolitan Statistical Areas (MSAs) in the bottom quartile of the distribution of subprime lending activity and high subprime areas are in the top quartile.  The hazard curves show a steep increase in defaults during the first months, reaching a maximum at around month five, and a slower downward trend as leases are removed from the sample after the first default event is observed. In addition, the evolution of hazard curves in the high subprime MSAs (Figure 3) shows a pattern of increasing lease defaults coinciding with the growth in subprime lending.

Figure 2: Proportional Hazard Curves for MSAs with Low and High Subprime Origination Activity from 2002 to 2006 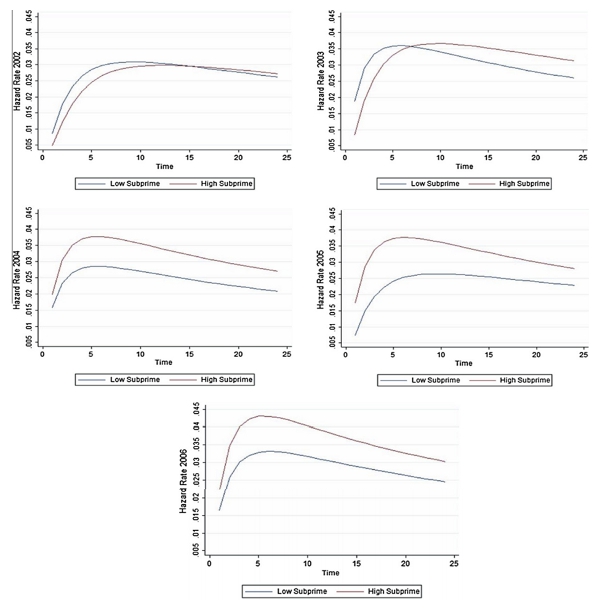 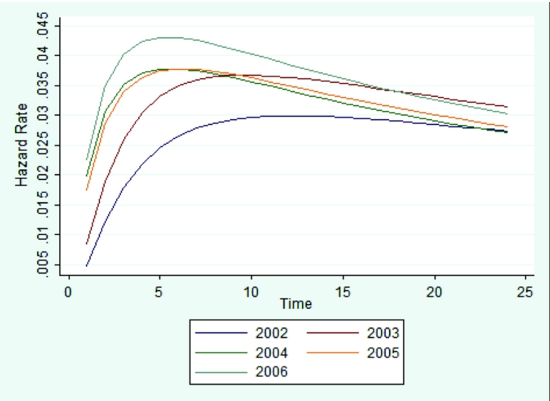 In our research, we demonstrate how growth in subprime originations produced a ripple effect on the rental market.  The results consistently show that a one percent increase in subprime mortgage origination activity during the period from 2002 to 2006 corresponded to an approximately 1.9 percent increase in the rental market lease default rate. This increase in rental default risk resulted from the migration of lower risk renters into homeownership.  This shift in the underlying risk profile of the renter population was observed and priced.  Areas that experienced higher rental default rates subsequently experienced higher rents.  Furthermore, the increase in lease defaults affected the riskiness of cash flows generated from rental multifamily properties.

This article is based on the paper “Spillover Effects of Subprime Mortgage Originations: The Effects of Single-family Mortgage Credit Expansion on the Multifamily Rental Market” in the Journal of Urban Economics.