There is a growing consensus among academics and policymakers that interventions in early childhood to improve cognitive skills help to boost those made later during adolescence. In new research, Daniela Del Boca, Christopher Flinn, and Matthew Wiswall find evidence to support these interventions, but they argue that policymakers need to understand that households do not act solely to maximize their child’s development. They write that while government transfers of money and goods to households to support young children will be used to support them, they may also be used by parents to finance their own purchases of consumption goods and leisure.

One of the most important keys to a well-functioning society is an increasing stock of cognitive and non-cognitive skills in the population. The recent work of James Heckman and his collaborators points to the importance of early childhood investment in producing good adult outcomes from the viewpoint of both the individual and society. The basic argument made in this line of research, which is consistent with findings in the developmental psychology literature, is that interventions are more effective when the child is relatively young and “malleable.” In economic terms, investments in children at different ages are viewed as complements, in that the return on investments made during adolescence is increased by early investments in the child. The argument is that interventions in teenagers with low cognitive and non-cognitive skills are often both expensive and ineffective.

This line of research has provided valuable insights into the complexity of the development process along both cognitive and non-cognitive lines. Our research explores the impact of household decision-making on child development in greater detail. We believe that this research is potentially of significant policy importance, since public or private programs designed to increase the skills of children will only succeed to the extent that the behavior of parents and other important individuals in the child’s life is supportive of program goals. We find that while there is significant evidence that interventions are more effective at younger ages, policymakers must take account of the fact that households will use some of the transfers given to them by government to finance the parents’ leisure time and the purchase of consumption goods.

The role of different household preferences in our model is extremely important from a policy point of view. First, the fact that households do not act solely to maximize child development means that money or goods transfers to the households that are intended to increase the cognitive ability of the child essentially are “taxed” by the household and diverted to increasing household consumption in goods and parental leisure. It is crucial for policy makers to understand the behavior of the household in order to design effective transfer systems that limit the household’s ability to engage in this type of behavior. Second, the allowance for difference in preferences across households places another limitation on policymakers’ abilities to tailor programs to particular subpopulations in order to achieve gains in cognitive ability.

We can think of the preference weights we estimate as measures of how much a household “cares” about each of the goods it consumes and/or produces, i.e. how much extra a household is willing to spend on each on activity if given an extra $1 transfer of money or goods. Our estimates indicate that the average household weight on child quality is 0.353, while the average weights attached to the leisure of the mother are 0.196, and the father, 0.194. Household consumption is weighted at 0.257. These estimates clearly indicate that households value highly the ability of their child, but they also show that households value other more standard consumption goods as well. Income transfers to households with children will partially be spent on activities and goods that increase the child’s cognitive ability, but will also finance increased leisure of the parents and purchases of consumption goods by the household.

The other key component of the model is the means for producing cognitive ability in the child. In the case of one-child households, there are four time inputs into this process: active and passive time spent with each parent (measured through the use of a time-budget survey), expenditures on child goods, and the current level of cognitive ability of the child. For purposes of estimation, we assumed that all households have access to these same inputs, but that they vary over the course of the development period.

Figures 1 and 2 plot the path of productivity, or effectiveness, of each type of input over a child’s development.

We see that the most productive time input at early stages of child development is the mother’s active participation with the child. The productivity of this input declines rapidly, and is roughly equal to the father’s when the child is 10 years of age. Even though the time spent actively engaged with the father is less valuable than active time with the mother at early ages, the father’s time is a very productive input. Although we have not modeled behavior within households headed by a single mother, it is reasonable to expect that the absence of the father penalizes children in many ways besides the loss of the father’s earning capacity.

Using our estimates, we have already begun the study of how to design effective conditional cash transfer policies to increase the cognitive ability of children at minimal cost to society. Our hope is that this line of research can yield some insights of practical use to policymakers concerned with the welfare of children and their acquisition of skills.

This article is based on the paper, ‘Household choices and child development’ in the Review of Economic Studies. 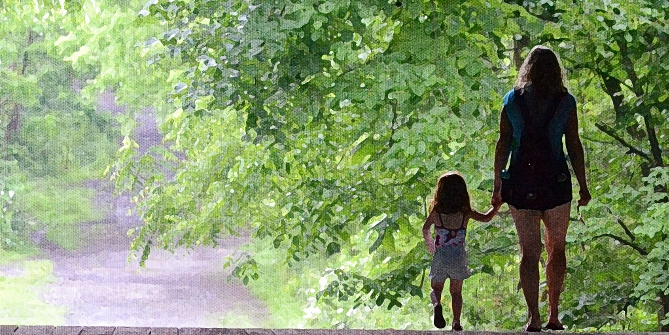