Recent years have seen large increases in the cost of a college degree, with higher education institutions becoming more reliant on tuition fees rather than state funding.  Part of 2009’s American Recovery and Reinvestment Act had the aim of incentivizing states to spend more on higher education and to improve college affordability. Using a dataset spanning nine years and 50 states,  Jennifer A. Delaney takes a close look at the policy’s effects. She finds that while states did not cut their appropriations for higher education, they do appear to have reduced student aid — a category of spending not specified in the legislation. She argues that if college is to remain affordable, future federal matching fund programs need to consider all types of state spending on higher education.

Today greater effort is required for families to send a student to college in the U.S. than ever before. College is both more expensive and a larger burden for the average American family today than at any point in the previous four decades. In 1984, at public four-year colleges and universities, average tuition (the instructional price charged to students) was 5.5 percent of median family income and the average cost of attendance  was16.4 percent of median family income. By 2011 these had increased to 15.4 percent and 33.5 percent, respectively. Between 1982-83 and 2012-13, tuition and fees at public four-year institutions increased by 357 percent.  Institutions of higher education are also becoming more reliant on tuition dollars, compared to federal funding. In 1987, total educational revenues were $11,085 per full time equivalent (FTE) student, with tuition accounting for approximately 23 percent of the total. In 2012, total educational revenues were also $11,085, but tuition revenues accounted for approximately 47 percent of the total.

In recent research, I examine the role of the Obama Administration’s 2009 American Recovery and Reinvestment Act (ARRA) in reversing the trend of falling affordability of higher education. I find that while the federal matching of state funds did not lead to states cutting their general appropriations for higher education, many states cut student aid, on average, by 12 cents for every dollar received in federal stimulus.

State student financial aid is intended to increase affordability, by providing students with funds that can be used toward tuition and fee prices. Although overall dollars spent on state student aid programs have gone up, increases in state student aid have not kept pace with increases in tuition levels, leading to a decline in purchasing power for students and families. State grants per FTE increased from $598 in 2000-2001 to $660 in 2010-11– an increase of approximately 10 percent. These trends have shifted the balance between tuition and aid, such that higher education has become less affordable.

In recent years, few policies have reversed or tempered the trend of declining affordability for higher education. One exception is the American Recovery and Reinvestment Act (ARRA) of 2009. Under ARRA law, federal funds were provided to incentivize state spending on higher education. ARRA contained a “maintenance of effort provision” that required states to maintain certain levels of spending such that federal funds would not be substituted for state funds. With ARRA funds, governors were instructed “to provide, in each of fiscal years 2009, 2010, and 2011, the amount of funds to public institutions of higher education in the State that is needed to restore State support for such institutions (excluding tuition and fees paid by students) to the greater of the fiscal year 2008 or fiscal year 2009 level”. Although little has been written on ARRA to date, some claim that federal stimulus funds with the “maintenance of effort provision” have tempered the severity of cuts to public higher education in the states, and, as a result, have promoted college affordability. On average, states spent $21.4 million dollars of federal ARRA funds on higher education between 2009 and 2011. 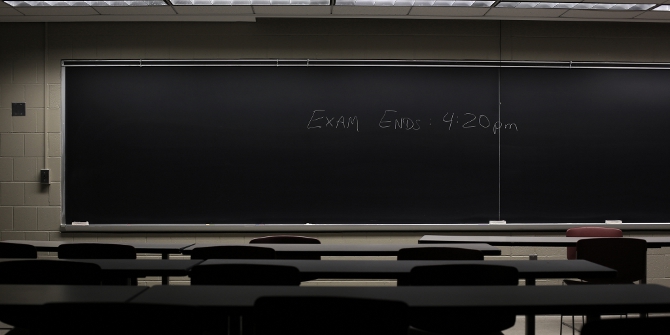 My results indicate that federal matching funds through ARRA worked as intended. States respected the maintenance of effort provision and did not cut general appropriations to higher education beyond the requirements in the law. On the other hand, states appear to have reduced student aid — a category of spending not specified in the legislation. My results show that for every dollar received in federal stimulus funds, states reduced spending on student financial aid by approximately 12 cents, on average. This finding suggests that state investment in institutions was protected through ARRA funds, but students were not protected as seen in the reductions in student financial aid. More investigation of this finding and other potential unintended consequences is needed as more data on ARRA become available.

Although federal matching funds are a promising policy approach for incentivizing state support of higher education, the details of how the matching funds are shaped are important. Recent Congressional testimony asked for “maintenance of effort provisions” in new legislation, suggesting that at least some national higher education organizations recognize that the “maintenance of effort provision” served to temper state cuts to higher education. This also indicates concern about the U.S. states’ ability to continue to support higher education without federal incentives. Future federal matching fund programs should consider all types of state spending for higher education if these programs are going to work to promote affordability in higher education. Policy levers for improving college affordability are too often considered separately by policymakers. In fact, the most meaningful improvements in college affordability will likely be derived when state general appropriations, student financial aid, tuition, and changes in median family income are considered simultaneously.

This article is based on the paper ‘The Role of State Policy in Promoting College Affordability’, in The Annals of the American Academy of Political and Social Science.

Jennifer A. Delaney – University of Illinois at Urbana-Champaign
Jennifer A. Delaney is an assistant professor of higher education at the University of Illinois at Urbana-Champaign. She is also past-chair of the Council for Public Policy in Higher Education with the Association for the Study of Higher Education.  Her research interests focus on higher education finance and public policy.