Recent polls in the Pelican State show the incumbent Senator, Mary Landrieu in a dead heat with her challenger, Republican Bill Cassidy, with the race likely to go to a runoff in December.  Edward E. Chervenak writes that Landrieu is facing a difficult reelection fight because of her association with the unpopular President Obama in the state, and Louisiana’s recent swing away from the Democratic Party. He writes that since Landrieu was first elected in 1996, Democratic registration in the state has fallen significantly, while Republican and Independent identification has been on the rise. If she is to be successful, Landrieu will have to mobilize these Independent voters in the face of a distinct Republican advantage in turnout this November.

All indications point to an extremely tight Senate election in Louisiana between incumbent Democratic Senator Mary Landrieu and her main Republican challenger Bill Cassidy. Landrieu has been able to win her three previous Senate elections by extremely tight margins. She has increased these margins each election cycle, winning 50.1 percent of the vote in 1996 and 51.7 percent in 2002. Her best showing came in 2008 when she defeated four challengers in the November primary with 52.1 percent of the vote. 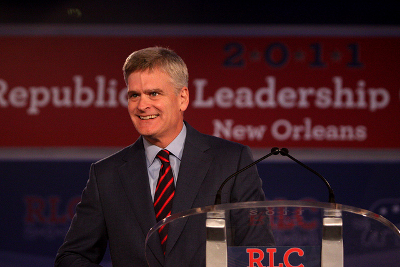 This time around is no different. Composite polls show the contest is dead-even but the incumbent Democrat is dangerously below the 50 percent mark needed to win the November primary. If no candidate gets more than fifty percent of the vote in November, Louisiana will hold a run-off election for the U.S. Senate in December between the two candidates with the most votes in November.

The fact this is such a difficult re-election cycle for Mary Landrieu is due to both national and state-level forces. That national forces are influencing the election is somewhat unusual for Louisiana. It is considered a safe Republican state in presidential elections, which normally isolates it from national politics. Louisiana was also not affected by the two “wave” midterm elections of 2006 and 2010 that saw political control of Congress change hands. Midterm elections are often a referendum on the president’s performance in office and the party that holds the White House typically loses strength in the House and Senate. This time around Landrieu faces the unfortunate situation of being a Democrat who is up for re-election at a time when the Democrat in the White House has an approval rating in the mid-30s in Louisiana. The Cassidy campaign is doing everything it can to link Landrieu to the unpopular president.

While national forces are playing a role in the Senate, one of the primary reasons for the closeness of the contest is that the state’s political environment has shifted significantly since Landrieu was first elected. Louisiana has changed its partisan colors with the downward trend in Democratic registration combined with the upswing in Republican identification and in the number of people categorizing themselves as Other Party/Independent. Two-thirds of registered voters were registered as Democrats when Landrieu was first elected Senator. Today, less than half of all registered voters are Democrats. The deterioration in Democratic registration in Louisiana corresponds with the declining fortunes of the Democratic Party in statewide elections.

While there has been growing disenchantment with the Democratic Party, and Louisiana is a solidly red state in terms of its voting behavior, it has not necessarily translated into huge gains in Republican registration. It appears that there has been a greater of degree of dealignment rather than realignment in voter registration.  While Republican identification in the state has enjoyed a healthy growth rate of 33 percent, the Other Party/Independent category expanded by a rate of 78 percent. One quarter of registered voters now categorize themselves as an Independent or as an adherent to a minor party. The huge growth in number of Other Party/Independents is a clear indication that people are disenchanted with both major parties. Democrats are viewed as the party of the past and the Republican Party is riven by the factional clash between the party’s establishment and the Tea Partiers. 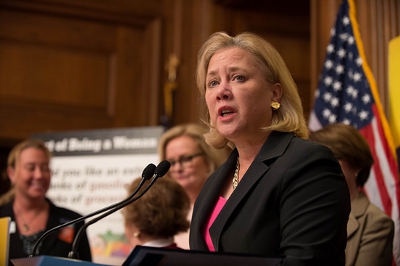 The campaign that has the best ground game in mobilizing supporters to the polls is typically the most successful. An examination of turnout by partisanship shows a distinct advantage for Republicans, regardless of whether it is a presidential or a midterm election.  The mean partisan gap in turnout since 2000 was 6 percent in favor of Republicans. Helping boost the average up was the 11 percent Republican advantage in turnout in the 2010 midterm election. That particular election cycle was marked by high levels of Republican enthusiasm and energy, both nationally and locally. It’s doubtful that Republicans will enjoy that large of a turnout gap this time around. If recent history is any guide, Republicans should have a 5 percent to 6 percent turnout advantage this November.

Senator Mary Landrieu confronts an electorate that is less likely than ever to identify as a Democrat. Moreover, the last several years has seen the voting public elevate Republicans into every state level office. Given the downward spiral in Democratic registration, combined with increased Republican registration and the partisan turnout gap in favor of Republicans, it’s easy to see how the Landrieu is thought to be one of most vulnerable incumbent Senators this election cycle.

With her Democratic base below the 50 percent mark Landrieu will have to rely to a greater degree on Independent voters, along with a smattering of Republican votes, if she is to be victorious in November. Relying on the Other Party/Independent voters to show up to vote, however, might be problematic. This is because these folks do not turnout at the same rate as do registered partisans. The average turnout for Democrats across the last four midterm elections was 42 percent while it was 47 percent for Republicans. Voters in the category of Other Party/Independent were half as likely (23 percent) as Republicans to show up at a midterm election. Given these numbers, Landrieu’s campaign will have to work twice as hard to mobilize these folks to show up and support her candidacy.