Many people explain their political involvement with reference to the kinds of outcomes they’d like to avoid, with Republicans and Democrats alike often framing their campaigns around ‘keeping out’ the opposite side. But what do we actually know about what Nicholas J. Caruana calls ‘negative partisanship’? He presents evidence from Canada that shows it explains a great deal about political involvement, and that there are lessons for political engagement more widely.

While the concept of partisanship is generally well-understood, it features some quirks that may stem from its regional origins. The original conception of partisan identification and much of the scholarship that refined it was developed in the United States in a durable two-party system, such that work based on the concept never had to explicitly address negative feelings for parties—dislike, repulsion, aversion. Partisanship was seen as an attachment or attraction, and negativity largely ignored. After all, antipathy to a party does not matter as much in a two-party system. If you dislike one party and aren’t willing to abstain, it is pretty clear which party you will be choosing.

This is not the case in a party system that features more than two competitive parties, as is the situation in many established democracies, including Canada, the focus of our study. Should voters have three or more viable parties among which to choose, a simple focus on the positive aspect of party identification may not tell us all we need to know. In this paper, we argue that the positive side of partisanship does not comprise the entirety of partisanship, and that negative feelings held for parties must also be considered. Not only does this complete the concept of partisanship, but it also adds to our understanding of certain political behaviours—negative partisanship (NPID) has measurable effects on political behaviour that are distinct from those of positive partisanship (PPID). We use data from the 2008 and 2011 Canadian Election Studies to demonstrate these effects.

We conceptualise NPID as a persistent and durable repulsion from or aversion to a political party. It need not be a mirror image of PPID, may have separate correlates, can be held independently of PPID, and is not necessarily a product of or precursor to PPID. Further, because negative information is processed and acted upon differently than is positive information, we may expect some asymmetry in the effects of PPID and NPID. In operationalising NPID, we were concerned that simple reliance on the Canadian Election Study’s “Is there a party you would absolutely not vote for?” question could be too permissive and would not address our concept of NPID as a persistent attitude, since a respondent could name a party he or she would never vote for but not have negative attitudes towards that party. Accordingly, we made our measure more restrictive by requiring that the party the respondent would never vote for be scored below 50—traditionally, a failing grade—on a 0-to-100 feeling thermometer. 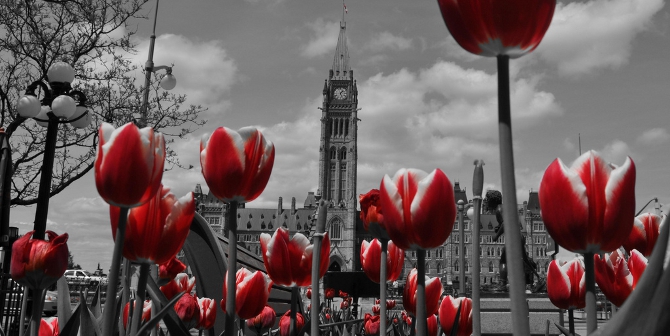 The expected effects of NPID fall into three main categories: vote choice, turnout, and other political behaviours. In terms of voter attitudes, we argue that NPID need not push a voter away from one party and towards any other party in particular, but might simply remove a disliked party from the range of available choices. Our expectations for the effects of NPID on turnout resemble the logic of strategic voting, in that NPID may motivate a voter to turn out in case that voter may cast the decisive ballot that keeps the disliked party from winning. Finally, where other political behaviours (including volunteering for a party, being a member of a party, participating in a protest, signing a petition, and being politically active online) are concerned, we expected that NPID would motivate people to engage in behaviours aimed at harming the disliked party’s electoral chances.

We find that in both elections, NPID is widespread, held almost as frequently as is PPID. All three major national parties were the targets of NPID from considerable proportions of the respondents. While we cannot establish causality for NPID’s effects on vote choice, since cross-sectional data do not allow this and since the temporal order of responses to “would never vote for” questions and vote choice itself cannot be ascertained, we argue that our results can be used to establish a relationship between NPID and vote choice in much the same way that the relationship between PPID and vote choice has been established.

We find a clear and statistically-significant effect when NPID is added to vote choice models for 2008 and 2011; the probability of voting for any of the Conservative, Liberal or New Democratic parties decreases significantly where NPID is held for the party in question. These effects are evident even when standard controls for vote choice, as well as a control for PPID and another for general anti-politician sentiment, are applied. NPID is also related to turnout, though both NPID and PPID display weaker effects when controls are applied.

NPID significantly increases the likelihood of holding a party membership, but has no significant relationship with volunteering for a party; holding NPID also boosts the likelihood of signing a petition, being politically active online, or participating in a protest. Interestingly, PPID is positively associated with both party membership and volunteering for a party, as well as with signing a petition and being politically active online, but it is not associated with participating in a protest. This underscores the asymmetry evident in the effects of positive and negative partisan attitudes, and shows that negative attitudes, too, deserve consideration when we try to understand political behaviour.

If there are useful lessons regarding democratic engagement to be learned from the prevalence and effects of negative partisanship, they likely boil down to the importance of not ignoring the “dark side” of partisanship. These negative attitudes are real and can have real effects, and they should be included when we model political behaviours like vote choice and turnout, as well as protest voting and strategic voting. In doing so we may learn that the public is not always disengaged when it expresses disapproval or if it rejects, for example, a political party or a referendum option. Indeed, negative attitudes are distinct from simple anti-politician attitudes and are likely distinct from general dissatisfaction with politics as well, and might exist even in the absence of a democratic deficit.

We may wish, therefore, to reframe our rhetoric about specific voting behaviours like anti-candidate voting and strategic voting, and whether proposed electoral reforms ought to “eliminate” them; while voting against something rather than for something may often be lamented, it is still participation and the attitudes that fuel such behaviour still promote electoral engagement, regardless of how we may feel about its motivation.

Nicholas J. Caruana – University of Western Ontario
Nicholas J. Caruana is a PhD candidate at the University of Western Ontario, Canada, completing his doctoral dissertation under the supervision of Dr.  Laura Stephenson. He has published two papers on negative partisanship with Dr. Stephenson and Dr. Michael McGregor of Bishop’s University. He is also the social media coordinator and blog author for the 2014 Toronto Election Study.