How do we ensure that the ‘next big thing’ – the Internet of Things – be harnessed for the public good? Sonia Bussu of the UK’s Involve argues that the involvement of the public is key to ensure that a common language is developed, and that societal values at put at the centre of technological developments.

The Internet of Things (IoT) is expected to be the next big thing. It describes several technologies that enable the internet to reach out into the real world of physical objects; a global infrastructure where machines, household appliances, clothing and virtually all things we use and wear communicate with each other online. Technologies such as RFID, short range wireless communications, real-time localisation and embedded sensor networks are increasingly pervasive. Combining the internet with these emerging technologies can transform everyday objects into “smart objects” that understand and react to their environment.

It is difficult to predict whether the IoT will proceed according to the projections of tech enthusiasts. We can certainly anticipate new forms of connectivity between devices, but how these manifest will depend on uncertain innovation and societal choices. The potential for dramatic change is massive, but so are the odds of colossal failure.

The many benefits that can be envisaged in terms of efficiency and connectivity can easily turn into causes for concern. The predominant social imagery in the IoT is likely to raise fears of a panopticon, with increased loss of privacy and a growing potential for a surveillance state, as well as issues of equal access, technical complexity, and security, with increased vulnerability to hacking and crime. Experts have also raised concerns over safety and planned obsolescence, due to software rather than hardware glitches.

However, there are alternative visions. The benefits of a truly advanced IoT would go well beyond gadgets and consumeristic applications, such as the cliché of a smart refrigerator that tells you when the milk is off. It could dramatically increase efficiency through greater connection of energy, water, and traffic, reducing waste, smaller buffers and downtime. In this respect, early involvement of the public can help both technology developers and policy makers to understand and respond to public interests and concerns, while balancing out the benefits and risks for both individuals and society at large.

A new short paper I have written for Sciencewise advocates a public dialogue on the IoT. The paper reviews the literature on public thinking over related and similarly disruptive new technologies (e.g. Big Data, robotics and autonomous systems, nanotechnologies and synthetic biology) to offer important insights about possible public reactions to the IoT. However, social benefits and risks are likely to vary across these different contexts of use, so it will be important to keep in mind that insights gained from citizen deliberation in one context are not extrapolated to another without considerable thought and caution.

This literature reveals a great deal of uncertainty and ambivalence among the public about new technologies and a general feeling of powerlessness in influencing the direction of science and technology. While the public shows general optimism that these new technologies can offer solutions to major challenges, they also express a number of anxieties and identify priorities for scientific and technological developments. These are the main recurrent themes;

So how can we engage the public around a debate on the IoT?

An effective communication strategy could tap into the best academic and industry research on the social implications of the IoT to inform and engage the public, including through cultural and media events. Popular science and technology festivals (from FutureEverything to the National Science and Engineering Week or the annual British Science Festival) could be sites for engagement with the public. Education programmes about the new technologies to be rolled out in schools across the country could prove a crucial long-term strategy. Citizen engagement could become a continuous process, through making effective use of crowdsourcing and social media technologies, as well as science shops and offline deliberation (e.g. citizens’ panels and public dialogues), and by developing new methodologies to monitor social intelligence as ways of gathering public opinion and generating public discussion.

Sciencewise funded projects show how public engagement is highly appropriate to the early development stages of science and technology, in order to:

Involvement in the early stages of the IoT (rather than when choices and decisions have already been made) will be crucial to support people in influencing the direction and progress of the new technologies democratically, also helping to reduce conflict at a more critical stage.

Within Sciencewise’s public dialogues, scientists and members of the public meet in a deliberative setting to develop informed opinions. Overall various projects and public dialogues on new technologies clearly show that the public are able to understand complex scientific and technological concepts, adding value to policy discussions and providing scientists and policy makers with necessary guidance on addressing social and ethical issues. The public is generally able to engage in sophisticated discussions and in some cases, following the initial meetings, the independent facilitator could not tell the scientists from the members of the public! When the conversation is about value-laden issues and ethical implications of the technology the public’s expertise can be most valuable, as it helps scientists understands the purpose of the technology, moving beyond the “cool science questions” per se.

Public engagement on the IoT could therefore help the public, policy makers and scientists to develop a common language and put societal values at the centre of technological developments.

Sonia Bussu – Involve
Dr Sonia Bussu is a Researcher at Involve. She is passionate about increasing citizen voice in public policy and over the past few years she has been involved in several research projects on citizen participation in policy-making and coproduction of public services, collaborating with universities, practitioners and policy-makers in Italy and the UK and presenting her work at conferences around the world. 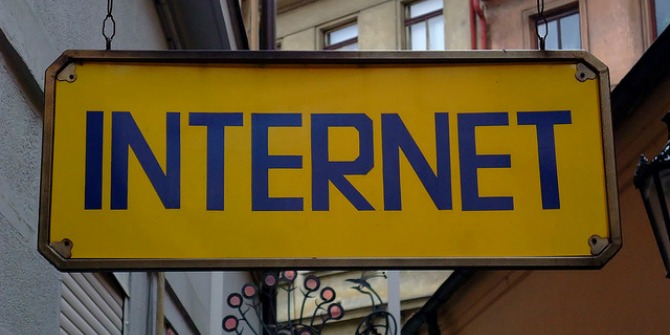