Signed more than two decades ago, the North American Trade Free Agreement (NAFTA) has brought increased trade and welfare benefits across North America, and especially to Mexico. Few analyses of the effects of free trade agreements like NAFTA have taken into account the role of sectoral linkages and trade in intermediate goods (goods which are used as inputs to produce other goods). In new research, Lorenzo Caliendo and Fernando Parro develop a framework for measuring the spill overs of tariff reduction across sectors and countries. By measuring NAFTA’s effects in isolation, they find that its trade effects are mostly due to increases in trade in intermediate goods, specifically, in the textiles and electrical equipment sectors. Extrapolating their model to the wider world, they argue that China has been the major beneficiary of international tariff reductions from 1993 to 2005 due to the country’s access to cheaper intermediate goods which have allowed it to export more.

Changes in tariffs impact the allocation of resources across an entire economy. As a result, quantifying the trade and welfare effects of a change in trade policy is challenging. For instance, consider an increase in tariffs on tires applied by the U.S. to China. Tires are used as a final and as an intermediate good in production. Therefore, not only the producers of tires in the US, China, and other countries are affected, but also the producers of goods that use tires as inputs, for instance in cars. In turn, the effect of the change in tariff could also impact the producers of goods that use cars as an intermediate input. These sectoral propagations of a change in tariff policy are, in general, difficult to measure. In recent work we develop a framework that quantifies the economic effects from changes in trade policy that takes explicitly into account trade in intermediate goods and sectoral interrelations (input-output linkages). We can measure the spillovers that a particular tariff reduction has over all sectors of the economy and across countries. Using NAFTA as an example, we show that most of the trade and welfare effects from tariff changes are due to trade in intermediate goods and input output linkages.

NAFTA provides a unique example to quantify the trade and welfare effects of tariff changes for three main reasons. First, it is among the largest free trade area in the world, both in terms of population and GDP; second, it involves countries with very different structures of production, reflected by their GDP per capita and different sectoral specialization of economic activity; and third, it is an archetypal agreement that resulted in the creation of a cross-border production chain, as revealed by the large share of intermediate goods and intra-industry trade across members. In fact, by the time NAFTA was signed, about two-third of total trade among NAFTA members and with the rest of the world was trade in intermediate goods. These features are the key characteristics from NAFTA that help us understand more broadly the quantitative importance of sectoral heterogeneity, trade in intermediate goods, and sectoral linkages.

Quantifying the trade and welfare effects of NAFTA

Figure 1 shows the tariffs applied across members before NAFTA entered into effect. They were mostly high and heterogenous across sectors. The tariffs that Canada and the US applied between each other by 1993 were generally low, in part because the Canadian-American free trade agreement was already in place.

Tariffs actually went to zero by the year 2005. What are the trade and welfare effects across different economies when all this sectoral variation in tariffs disappears? How important is it to take into account multiple sectors, intermediate goods, and sectoral linkages to capture the trade and welfare effects from changes in tariffs?  These are some of the issues we deal with.

Figure 1: Applied Mexican tariffs on goods from Canada and the United States, 1993

Our framework builds on new advances in the international trade literature and extends it to take into account the importance of the trade in intermediate goods, and sectoral linkages. With our method we are able to identify the economic effects of NAFTA in isolation from other events not directly related to the agreement. This is particularly important for the case of Mexico given that it was exposed to several shocks that were not directly influenced by NAFTA, such as the Tequila crisis (1994), the dot-com bubble (2000), and China’s accession to the WTO (2001). We measure the effects over multiple countries (31 countries) and multiple sectors (40 sectors).

Figure 2 shows that Mexico’s welfare increases by 1.31 percent, but that the effects for Canada and the United States are smaller. Canada loses 0.06 percent while the United States gains 0.08 percent.  The results from the one-sector model reflect the importance of accounting for multiple sectors and sector heterogeneity. Welfare effects are on average 71 percent lower in a one sector model than in our model. Welfare effects increase in the model “No materials”, which incorporate multiple sectors but abstracts from sectoral linkages; still, welfare effects are about 62 percent lower than in our model. Intermediate goods in production increases welfare further as shown in the model with no sectoral linkages, but abstracting from sectoral linkages still underestimates welfare effects by about 50 percent.

Figure 3 shows that for trade effects, our results indicate that Mexico’s imports grow 118 percent as a consequence of NAFTA’s tariff reductions, while imports growth for the case of Canada and the United States are 11 percent and 40 percent respectively. These trade effects are also severely underestimated when abstracting from multiple sectors, intermediate goods, or sectoral linkages. A one-sector model captures only about half of these trade effects. Models with no intermediate goods and no sectoral linkages on average underestimate the trade effects by 26 percent and 18 percent, respectively.

In short, we find that NAFTA generated considerable trade effects, mostly because of trade in intermediate goods, which are used as inputs to produce other intermediate and final goods. We also examined the sectoral effects of NAFTA and found that most of the benefits obtained were through trade creation in the textiles and electrical equipment sectors, and that industries in Mexico managed to export more by importing intermediate goods in particular.

We also abstract from the particular effects of NAFTA and compute the welfare effects across 31 countries from the observed world tariff reductions over the period 1993-2005. This was a period with considerable tariff reductions across the globe. Our computation takes into account all the possible interrelations across countries and sectors that we mentioned above. As Figure 4 shows, China has been the largest winner from the world tariff changes over the last two decades. Crucially, we find that most of the gains are the result of having access to cheaper intermediate goods that allowed China to export more.

The analysis of NAFTA and the quantification of world tariff reductions are two examples that we use in our study to show the importance of accounting for trade in intermediate goods and sectoral linkages when evaluating tariff changes. But one could also use the framework as a tool to analyze the effects of counterfactual trade policies. For instance, motivated by recent policy discussions, we previously quantified Uruguay’s trade and welfare effects from signing a Free Trade Agreement with the United States and leaving MERCOSUR. We find positive welfare effects for Uruguay from bilaterally reducing tariffs with the United States. Most of the gains come from having access to lower-cost intermediate inputs for production. We then consider the policy experiment of bilaterally eliminating tariffs between all members of MERCOSUR and the United States. We find that Uruguay has the largest gains, while Argentina and Brazil do not benefit much. Similarly, one could apply this framework to study the sectoral effects of TPP, or the Transatlantic Free Trade Area, and more.

Analyzing the trade and welfare effects of trade policy has been one of the most important issues in the International trade literature over the last decades. Recent developments in the literature have allowed researchers to measure the relative importance that different channels have to widely spread the effects of specific policies. In our research we hope to convey the message that accounting for trade in intermediate goods and sectoral interrelations is crucial for quantitative trade policy analysis.

This article is based on the paper, “Estimates of the Trade and Welfare Effects of NAFTA” in The Review of Economic Studies.

Featured image credit: Office of the US Trade Representative.

Lorenzo Caliendo – Yale University
Lorenzo Caliendo is an Assistant Professor of Economics at Yale School of Management. He performs research on International trade. His research focuses on understanding what are the trade and welfare effects of international trade policy, on how firm’s organizational structure and productivity change when firms grow and as a consequence of foreign trade competition, and on what are the macroeconomics effects of international trade and growth. He is also an Assistant Professor of Economics at the Department of Economics of Yale University (by courtesy), a Faculty research fellow at the National Bureau of Economic Research, and a Research Staff of the Cowles Foundation for Research in Economics.

Fernando Parro – Federal Reserve Board
Fernando Parro is an Economist at the Federal Reserve Board. His research focuses on trade and welfare effects from trade integration, on the effects of international trade openness on income inequality, and on the macroeconomic impact of the regional distribution of economic activity.  He worked at the Central Bank of Chile as Research and Economic Policy Assistant to the Governor. He was Lecturer at the Pontificia Universidad Católica de Chile. 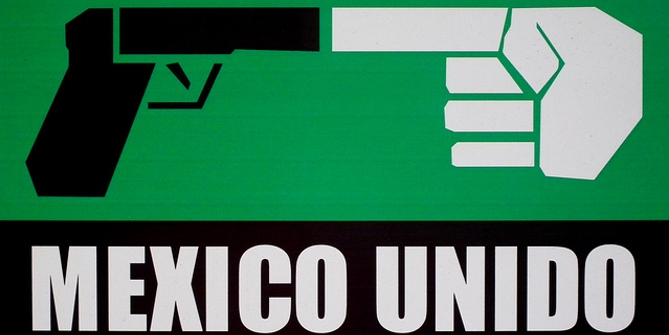