On January 8th the veteran California Democratic Senator, Barbara Boxer, announced that she would not be seeking re-election in 2016, sparking intense speculation over potential candidates for her replacement. Renée Van Vechten writes that as a highly contested ballot, the election to replace Boxer is likely to be very expensive. In addition, while California leans heavily Democratic, 2016’s top-two or ‘jungle primary’ could be disrupted by a strong Republican candidate splitting Democratic votes. With this in mind, she argues that the current front-runner, Attorney General Kamala Harris, may face an uphill battle to win one of the two top spots on the 2016 ballot.

Some might wonder why a sitting U.S. senator might tempt irrelevance by announcing her retirement from national office almost two years ahead of the next election, but U.S. Senator from California, Barbara Boxer, has little to worry about. It’s her potential replacements who are on edge, warily watching the hourglass as it quickly runs down to 2016.

They don’t have much time, as Senator Boxer knows. Open U.S. Senate races – elections in which no incumbent is running – tend to draw Congressional hopefuls from both parties who have been biding their time, unnaturally repressing their urges to run until now. They must decide whether to commit fully to fundraising, gathering endorsements, and creating a recognizable brand name if they are to survive the breakneck campaign season. In less than two years, they will need to become recognizable and desirable to large swaths of the electorate, and they need lots of money to do that, especially in a large state such as California with expensive media markets. 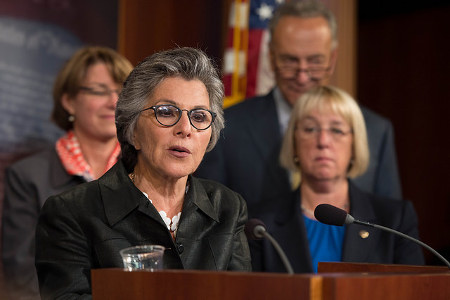 According to The Center for Responsive Politics, in 2014 the winning candidate in an open seat U.S. Senate race spent more than $9.7 million on average, but that figure is likely to be much higher in the Golden State. It also pales in comparison to amounts that organized groups and individuals independently spend to influence outcomes, and with their generosity, the most expensive senate races top $100 million. Thus, the work of serious candidates includes convincing the right groups and wealthy individuals to spend, spend, spend on their electable behalf.

Contested elections tend to cost more, and while we can expect a pricey battle based on California’s size alone, it’s fair to ask how competitive a U.S. Senate race in reliably Democratic California could actually be. A plurality (43 percent) of the state’s voters are registered Democrats, only 28 percent are affiliated with the Republican party (an historic low), and 23 percent are independents who have registered without declaring a party preference (the remainder affiliate with smaller third parties). Luckily for the Democrats those independent voters tend to break left, and therefore it is no coincidence that Democrats hold all eight statewide-elected executive offices, and also enjoy near super-majorities in both chambers of the legislature. Nearly three-quarters of the state’s Congressional delegation are Democrats. Clearly, one party enjoys the electoral and governing advantage.

Democratic party leaders are working hard to clear the field for current state Attorney General Kamala Harris, who declared her candidacy less than a week after Boxer’s announcement. Harris’s most powerful potential rival, Lieutenant Governor and former San Francisco Mayor Gavin Newsom, wants the governor’s job in 2018. The state treasurer (John Chiang) and a billionaire environmentalist (Tom Steyer) have ended speculation that they will stand for election. That leaves ex-Los Angeles Mayor Antonio Villaraigosa and U.S. Representatives Loretta Sanchez and John Garamendi among those who are “seriously considering” a run. In fact the pool of potential candidates overflows in California, restocked regularly due to state and local term limitations laws, as well as irrepressible House members whose salivary glands are activated at the mention of an open senate seat (the term limits rule does not apply to Congressional office). 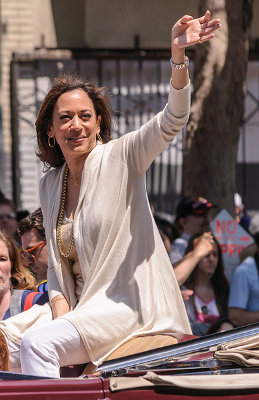 Should the more experienced Democrats among them file for candidacy, Harris will likely face a vigorous fight to win one of two top spots in California’s “voter preference election,” California’s self-styled version of a political party primary contest in which all candidates for an office are listed on the ballot, and in which all registered voters may participate. According to the rules, the top two vote-getters, regardless of partisan affiliation, move on to compete in the general election.

Although this will be the state’s first experiment applying the “jungle primary” or “top-two” rules to a U.S. Senate race, chances are good that two Democrats will face off in the general election. California voters adopted the system because they aimed to elevate more moderate candidates who could appeal to voters of both major parties – even if the winners continue to skew predictably left.

Californians, however, seem to savor good plot twists. Although a Democrat-to-Democrat match-up is likely in 2016, one strong Republican candidate can beat three to five Democrats who split the primary votes. Moreover, the state is home to an assortment of wealthy, ambitious individuals and celebrities whose affluence enables them to overlook the handicap of their Republicanism, and they can’t get the example of former Governor Arnold Schwarzenegger out of their heads. Republican party leaders, including multi-millionaire House Representative Darrell Issa, are searching their souls for the perfect candidate, and they won’t let a Democrat stroll into the seat without a proper fight. The bottom line is that it’s too early to rule out an interesting competition for the junior senator’s seat.

As for Senator Boxer, the liberal lioness who stands at number eleven in seniority out of one hundred members, anticipated retirement will prove less an impediment to effectiveness than will her new status as a minority party member. Still, she knows how to use her power after thirty-two years of legislating in both the House and Senate. She remains a forceful progressive who “takes time for justice,” but she engenders artful compromise, knowing how to disagree without being disagreeable. The bipartisan image of pro-environment Boxer paired with climate skeptic Jim Inhofe, the Republican who just replaced her as chairman of the Senate Environment and Public Works Committee, might seem unfathomable in this era of polemics and partisan polarization, yet there they were in January, jointly hand-delivering their transportation bill to a House committee chairman in hopes of securing its passage.

In 2016, not only will Californians lose a skillful stateswoman who leverages her seniority, time-honed relationships, and committee experience to obtain more equitable outcomes for them, but pro-choice women’s groups for whom she is their standard-bearer will as well. The same can be said for the bipartisan Senate women’s caucus in which she serves as an invaluable resource to nineteen colleagues who are slowly but continually reshaping the nation’s most exclusive legislative fraternity. Her Democratic caucus will also feel the loss of an intrepid leader who compels them to remain faithful to core principles. Decades of well-built relationships and policy expertise will leave with the senator.

Yes, one of California’s two U.S. Senate seats will finally be unlocked after nearly a quarter-century. Voters will need to brace themselves for the expected level of pandemonium that precedes a big election, yet it bears remembering that this contest will be a minor sideshow to the open-seat presidential match about to engulf the nation. In the commotion it will be easy to overlook Senator Boxer’s final exertions in the Senate. She will be there, steering federal projects to the Golden State, holding her colleagues to account for their actions, mentoring younger colleagues, and hammering out compromises.  She will also, of course, continue to rage for justice, long after the gavel falls.