Election day is a time when citizens, it could be said, come together to share in their democratic inheritance. Reforms – some old and some new – aimed at increasing electoral participation such as early, postal, and proxy voting, have undermined this, according to Graeme Orr.

Typically we think of elections in instrumental terms.  As levelling exercises in democratic accountability.  As fierce competitions between elites vying for political power. Or as exercises in political deliberation (however flawed).

Yet beyond and even prior to such conceptions of what elections are meant to achieve, elections are events.  They are events we experience, both individually and as communities.  Elections are great secular rituals.  They always have been, in the UK most obviously prior to the Reform Acts which created the mass electorate.

Since the ferment of the universal franchise subsided, electoral ritual has admittedly flattened out. Partly this is due to the technocratic shift that began with the secret ballot. Partly this is due to a loss of faith in the transformative possibilities of electoral democracy. Across the democratic world, election day is being systematically undermined. ‘Convenience voting’, the almost unregulated right to vote early – whether by pre-polling or postal voting – threatens to dilute the experience and meaning of ‘election day’.

By law, voting is a private act of conscience, exercised on the most public of occasions, for the most public of purposes. It is revealing that polling stations are usually school halls. Schools define communities, educate us to be citizens, and symbolise the future. Elections, in turn, are communal events in which citizens gather to imagine and dispute over what the future might be like

In the 2010 UK election, about a fifth of those who voted did so early. In Australian elections that figure approaches almost a quarter. (In my home state of Queensland recently, around 22% voted early). In New Mexico at the 2012 US elections, over half voted early.

These percentages are ratcheting up inexorably. The process is driven by assumptions that early voting maximises turnout.  The reasoning goes that voting whenever, from wherever, is a ‘lifestyle’ option. Electoral authorities understandably pride themselves upon being ‘service providers’.

Candidates and politicians still love the theatre of polling day. They also fret about late-breaking election issues that might have affected early voters.  Yet they too like to pocket early votes.  Early voters tend to be staunch supporters, whether conservatives or social democrats.

As Scottish researcher Heather Green has argued, the push to ‘convenience voting’ in the UK is part of a rhetoric of modernisation aimed to increase turnout. The idea, as it happens, is much older. A 1948 US advocate of ‘convenience voting’ quipped that he wanted ‘laws to make possible the economy of carrying the one or two ounce ballot to the polls instead of the 100 or 200 pound elector’.

Indeed the UK started all this long ago with ‘proxy voting’. Which it still permits, even though proxy voting is a throwback to a time when British gentlemen saw their franchise as a corporate or property right. Postal voting itself is over a century old.  Once it was limited to people in remote areas or who were invalided; now it is constructed as a right rather than a privilege. 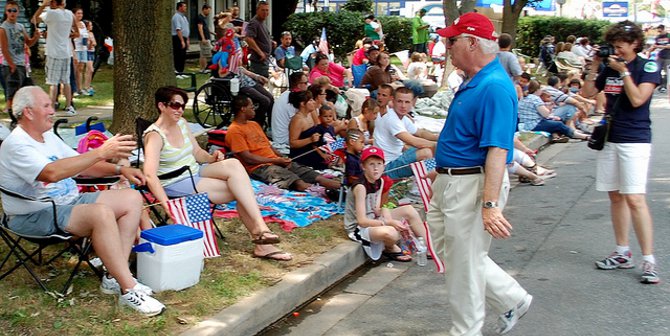 In Oregon and Washington, elections are by postal ballot only. Colorado physically issues postal ballots to everyone. In jurisdictions like Maine, Maryland, South Dakota and Queensland, no reason has to be given to apply for a postal ballot. (The UK trialed all mail local elections, but recoiled at the ease of fraud).

There is an irony in postal voting re-emerging at a time when postal services are being reduced and derided as ‘snail mail’.  Even where reasons are theoretically needed, electoral commissions are pushing early voting.  Early voting in person at least, unlike postal voting, is not being pushed as a cost-saving measure.

The inevitable end of this logic is internet voting. A few clicks, on the go, and bingo. Your democratic duty done efficiently, like any other transaction. O brave new world!

It is not that voting at home by post, pre-polling in an official office, or on your iPhone is not a ritual of sorts. But it is a more formulaic and less communal ritual than voting in the flesh on election day: the day is a public ritual and visual sign of what an election is about.

There are many aspects to the ritual experience of elections, as I lay out in a forthcoming book Ritual and Rhythm in Electoral Systems. They have a cyclical pattern that defines the political seasons.  They are suffused with norms around customs like drinking and betting on elections.  And the crowning electoral moment is the theatre of election night, the declaration of winners and losers at each constituency and the inauguration of the newly elected.

At the very centre of all this is the act of voting.  To the optimist, the ballot is the one potential equaliser in a society otherwise ruled by elite and market forces.  To the cynical, we might as well not vote because nothing much changes.

Either way, the ballot embodies ritual power in two forms.  One, as Jon Lawrence reminds us in Electing our Masters, is to invert the usual order in a representative democracy. When campaigning, ‘our masters’ have to supplicate to the people.

The other is the symbolism of the one moment every few years, when the whole of a country comes together.   In a secular society nothing, not even hyper-hyped sporting contests, can match this.

For nearly two centuries, the singularity of election day has been at the heart of this communal ritual. It is the day on which we file are invited (or compelled, as in Australia) to file into a local hall, to make our mark with a pencil stub, shielded in the ‘closet of (democratic) prayer’.

In Stephen Coleman’s recent book-length argument, part of the democratic deficit is that we have become so focused on the effectiveness elections that we have neglected their affectiveness. I don’t want to valourise election day beyond reason. But we are sleepwalking to its demise.

In the US especially, the debate about convenience voting is driven by partisan concerns. Progressives fear that voting on a Tuesday, subject to hurdles of voter ID and long queues, dampens turnout for Democratic Party candidates. Similar concerns presumably motivate reformers in the UK.

The answer is not to throw the baby of ritual out with the bathwater of participation.  It makes more sense to address real barriers to participation, to increase the salience of voting and to enhance the electoral ritual.  Vote on a weekend; declare polling day a public holiday; jazz up polling centres with shorter lines and community stalls; introduce proportional representation to make more votes count.  But don’t euthanise election day in favour of a diffuse election ‘month’.