Last week saw former United Nations Ambassador, John Bolton, call for war with Iran to prevent that country from developing a nuclear weapon, and Indiana Governor Mike Pence sign into law a bill which would permit business to refuse service to customers on religious grounds.  Richard Brodsky writes that these two events are symptomatic of a new anger and a growing fundamentalist constituency within the Republican Party which is different and dangerous for the party.

American political parties morph over time.  That’s the good part of not giving them ideological names like Conservative or Liberal.  Democrats used to be the party of Southern racists.  Republicans, under Teddy Roosevelt were anti big business.  That changed and things are changing again. The Republican Party has an old and distinguished pedigree: lots of thoughtful people, right or wrong on policies, and presidents like Roosevelt, Eisenhower and Reagan who moved the country. That’s the good news.

But there’s a significant fraction (maybe a majority) of today’s Republican Party that says and does things that push the boundaries of the American experience.  Sooner or later the changes become so obvious that national politics tosses out the old paradigm and adopts a new one.

In the last few days, Republican conservative foreign policy maven John Bolton called for war with Iran, and Republican Tea Party favorite Mike Pence, the Governor of Indiana, signed legislation permitting businesses to refuse service to lesbian, gay, bisexual, and transgender customers on religious grounds. This is not the party of Lincoln, Roosevelt, Eisenhower and or even Reagan anymore.
There is every reason to think about the use of force by America. There are things worse than military action. There is every reason to think about the contours of religious freedom. Americans should be free to practice their religions. But the Bolton/Pence actions illuminate more than any academic policy discussion could ever do.

It’s not that Bolton’s proposal is per se invalid; it’s that it ignores recent history (see Iraq and Afghanistan) and the domestic and international reactions to such action (see Abu Ghraib and Vietnam) and calls for a proxy war using Israel as America’s military arm (see Bay of Pigs and the mujahedeen of Afghanistan). Since the end of World War II, America’s military excursions have largely been bad for the country and dangerous for the world. The lesson is to go to war rarely and carefully, if at all.

It’s harder to find anything even neutral about Pence’s legalization of discrimination. There have been and remain religious viewpoints that oppose women appearing uncovered in public, view persons of color as inherently inferior, and believe that certain well-known Christian churches are the creation of the devil. If I can refuse service to a gay person, can I refuse service to women, African Americans and Catholics?

What seems to have liberated Republicans from the kind of internal restraint any party needs to survive is a combination of deep-seated anger and fundamentalist religious constituencies.  Anger at Obama; anger at a new world where people of color, sexual and gender minorities, people of other religions and women are more prominent and active than before; anger at the erosion of values and traditions once thought inviolable.  Add to that hundreds of thousands of fundamentalist Christians and the world changes.

Anger is not a governing principle. Religion is not politics. There is plenty to criticize in the way society has evolved, and alternatives need to be aired. But Republicans as the party of war and discrimination? It’s different and dangerous.

This isn’t the place to marshal the considerable arguments against both proposals. The point here is to ask where an old and honorable political party is heading. The most interesting consequence of both these things will be the responses of the dozen or so presidential candidates. Can you reject war and discrimination and still appeal to Republican primary voters? Right now only Jeb Bush seems willing to try.

There’s an inflection point coming, a time when voters will decide how marginal the Republican Party will become. If history is a guide, Republican voters will just barely reject the extremes, as they did when they chose Bush, Dole, Bush, McCain and Romney, candidates who claimed the middle but were irreparably damaged by extremist forces within the party. But anything’s possible.

Posted In: Democracy and culture | Elections and party politics across the US | Richard Brodsky | US foreign affairs and the North American neighbourhood 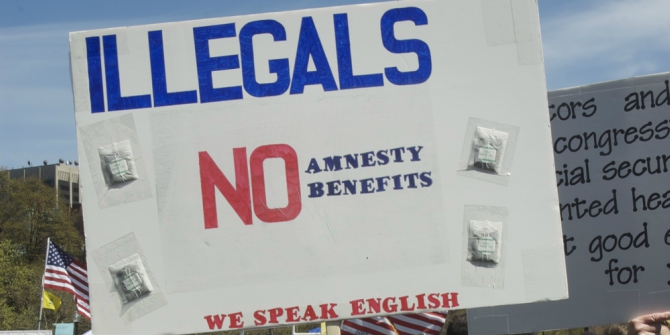 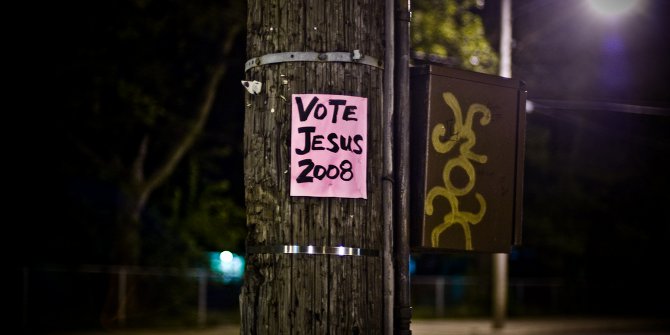