In recent years, part of the Obama administration strategy for reducing greenhouse gas emissions has been to increase fuel economy standards for new cars and light trucks. In new research Eric O’Rear examines the economic impacts of these new standards, compared with the introduction of an oil tax. He finds that stronger fuel economy regulations will not only burden the economy with the added costs of investment in more energy-efficient vehicles, but that they are also less economically efficient, and will result in smaller reductions in carbon emissions and net oil imports compared to an oil tax.

Energy legislation in recent years has been developed for the main purposes of: lowering harmful, heat-trapping greenhouse gas (GHG) emissions; and helping the U.S. further develop its energy independency through continuous reductions in foreign oil demands, making the country less reliant on sometimes adversarial and unstable countries.  A key sector targeted in legislation is transportation. – more specifically cars and light trucks – given that close to 70 percent of US petroleum use comes from the sector, and is the second-largest contributor to domestic GHG emissions behind the electric power sector (Figure 1).

Figure 1 – Energy Use and GHG emissions by transportation mode and sector, respectively

Existing fuel economy regulations and fuel taxes have been marginally successful in meeting the government’s policy objectives – however, in new research I show that other transportation-based policies, such as oil taxes, should be considered in future legislation in order to help move the country into a position of complete energy independence.

Many economists maintain that market-based instruments (e.g. fuel taxes) are a more efficient approach to meeting these initiatives compared to the use of Corporate Average Fuel Economy (CAFE) standards, first enacted in 1975 in response to the oil crisis.  So why have legislators failed to increase existing national fuel tax rates or considered employing a tax on all imported crude-oil products?  Proposals for either have often been rebuffed given the profound political distaste for and general aversion to taxes of any kind, and the beliefs of some environmental groups that taxes may not actually achieve the reduction targets.

In 2011, President Barack Obama issued a directive requiring the tightening of existing CAFE standards such that the average fuel economy for new cars and light trucks would be doubled by 2025, in hopes of lowering fuel demands and saving families more than $8,000 in fuel costs over the lifetime of their vehicle.  In my research, I argue that these recent adjustments in CAFE standards will spur fewer reductions in oil imports and emissions in the long-run than a series of taxes applied to imported crude-oil products.  Additionally, the increase in CAFE standards will lead to greater economic costs than an oil import tax alternative.

I used a version of the U.S. Environmental Protection Agency’s MARKAL (MARket ALlocation) model and database to observe the responses of all economic sectors – with a focus on the transportation sector – to the mandated increases in CAFE standards, two series of oil taxes, and a policy that combines the CAFE increases with the “environmental externality” oil tax. The “environmental externality” oil taxes are the first series of taxes and internalize some, but not all, of the negative externalities linked to oil consumption.  The second series of taxes are tuned to achieve similar reductions in crude-oil demands by the transportation sector as the increases in CAFE standards (CAFE-equivalent oil tax) to exploit many of the implicit or “hidden” costs that coincide with stricter CAFE regulations.

Many economists would argue that for a large importing country like the U.S., tariffs would be a more efficient means to cutting oil imports.  Tariffs are a tax on imports or exports.  However, in an effort to significantly lower BOTH imports and emissions, oil taxes and CAFE standards serve as better choices to meet these goals.   Additionally, the World Trade Organization (WTO) would likely not permit tariffs of this sort, as they generally do not allow the use of import tariffs unless they serve as a method to improve trade conditions.

Carbon (CO2) emissions currently account for more than 80 percent of all U.S. greenhouse gas emissions from human activities.  This set of gases is often the target of many emission reduction initiatives and policies.  My research reveals that relying solely on CAFE standards will be less effective than oil taxes in reducing both transportation sector and economy-wide CO2 emissions. Unlike CAFE standards whose scope is limited only to cars and light trucks, consumers in all economic sectors are susceptible to an oil tax, which means there will be greater and less costly opportunities to lower emissions.  Combining policies results in the largest level of abatement.  The effects are less than additive; however, a majority of the reductions associated with each individual mechanism are mostly attained. Similar to emissions, larger reductions in imports can be expected when oil taxes are substituted in place of recent CAFE increases, showcasing the fact that fuel taxes are indeed a more suitable approach to driving the U.S. in a direction that is less reliant on foreign regions for energy.

Increases in fuel economy regulations burden the economy with the added costs of investment in more energy-efficient vehicles.  These additional costs are substantial enough such that the use of CAFE standards to lower carbon emissions and oil imports will be less economically efficient than oil taxes.  As shown in Figure 2, the average costs of emissions abatement and oil import reductions (barrels of oil equivalent or BOE) are consistently higher under stricter CAFE regulations. The efficiency of CAFE standards is improved when paired together with oil taxes.  Further sensitivity analysis reveals that even if the additional cost of investment in energy-efficient vehicles are lowered by as much as 75 percent, oil taxes would continue to be more economically efficient and maintain their competitive edge over CAFE standards.

Source: Analysis of impacts of alternative policies aimed at increasing US energy independence and reducing GHG emissions’, in Transport Policy.

Implementing a series of “CAFE-equivalent” oil tax rates generating comparable reductions in crude-oil demands as the recent increases in CAFE standards will also result in greater reductions in carbon emissions and oil imports, and on average, be much more cost-effective.  Fuel taxes stimulate investment in energy-efficient vehicles such as plug-in hybrid electric vehicles.  More energy-efficient vehicles on the road translate to fewer oil demands minus any potential rebound effects.  The rebound effect in this case refers to an increase in energy consumption following fuel economy regulations that do not directly influence fuel prices, but improve the overall energy efficiency.  A shortcoming, however, of the CAFE-equivalent rates is their inability to encourage similar levels of investment in high-efficiency vehicles as CAFE.  Tax rates would need to be considerably higher in order to incite comparable levels of investment in energy conservative cars and light trucks.

Mandates like CAFE standards that enforce technological efficiency developments have proven themselves to be successful in trimming back oil imports and emissions, but both consumers and producers stand to lose under the newer CAFE regulations.  Consumers will face an increase in vehicle prices as a result of the higher production costs associated with energy-efficient vehicles, and automobile manufacturers face reduced profits from fewer vehicle sales.  Coupling these losses with the fact that unlike a tax, additional revenues cannot be generated and used to offset these losses, suggests that The Obama administration’s recent CAFE improvements will remain a less efficient alternative to oil taxes.

This article is based on the paper ‘Analysis of impacts of alternative policies aimed at increasing US energy independence and reducing GHG emissions’, in Transport Policy, co-authored with Kemal Sarica and Wallace E. Tyner of Purdue University. 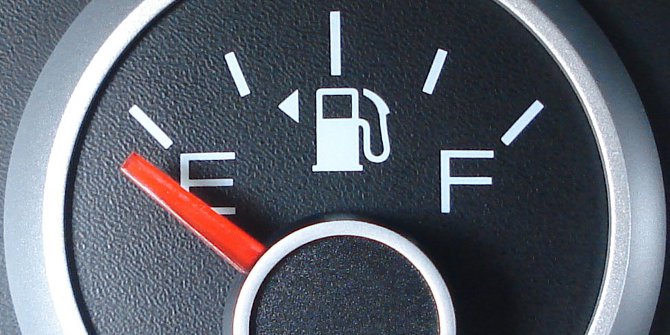