Humanity is currently engaged in a unique and important event: global urbanization. Between 1950 and 2050 the human population will approximately quadruple and shift from 80 percent rural to nearly 80 percent urban (Figure 1). Most of this growth is occurring in developing countries. The United Nations projects there will be approximately 2.2 billion new urban residents in developing countries between 2015 and 2050. How these cities grow has huge economic, social and environmental impacts. With proper policies we can leave a legacy of truly sustainable development for future generations.

Note: Based on United Nations Projections

A new report, Analysis of Public Policies that Unintentionally Encourage and Subsidize Sprawl, written by the Victoria Transport Policy Institute, in partnership with LSE (London School of Economics) Cities Program, for the New Climate Economy, provides practical guidance for creating cities that are healthy, wealthy and wise, that is, attractive and healthy places to live, economically successful, socially vibrant and equitable. It analyzes the costs and benefits of various development patterns and discusses ways to optimize urban expansion, densities, housing mix, and transportation policies for various types of cities.

Sprawl refers to dispersed, automobile-oriented, urban fringe development, and is the opposite of “smart growth.” These differ in many ways, as summarized in Table 1.

Sprawl has two primary impacts: it increases per capita land consumption, which displaces other land uses, and it increases the distances between activities, which increases per capita infrastructure requirements and the distances service providers, people and businesses must travel to reach destinations. These primary impacts have various economic costs including reduced agricultural productivity, environmental degradation, increased costs of providing utilities and government services, reduced accessibility and economic opportunity for non-drivers, and increased transport costs including vehicle expenses, travel time, congestion delays, accidents and pollution emissions, as illustrated in Figure 2.

Previous studies have quantified and monetized (measured in monetary units) many of these impacts, but ours is the most comprehensive effort to date to integrate them all into one analysis framework. We divided U.S. cities into quintiles (fifths), from smartest growth to most sprawled, and then estimated the additional costs of more sprawled development. For example, our analysis indicates that by increasing the distances between homes, businesses, services and jobs, sprawl raises the cost of providing infrastructure and public services by 10-40 percent. Using real world data about these costs, we calculate that the most sprawled quintile cities spend on average $750 annually per capita on public infrastructure, 50 percent more than the $500 in the smartest growth quintile cities. Similarly, sprawl typically increases per capita automobile ownership and use by 20-50 percent, and reduces walking, cycling and public transit use by 40-80 percent, compared with smart growth communities. The increased automobile travel increases direct transportation costs to users, such as vehicle and fuel expenditures, and external costs, such as the costs of building and maintaining roads and parking facilities, congestion, accident risk and pollution emissions. Figure 3 illustrates estimates of these costs.

We estimate that in total, sprawl costs the American economy more than $1 trillion annually, or more than $3,000 per capita, and that Americans living in sprawled communities directly bear $625 billion in extra costs, and impose more than $400 billion in additional external costs. This is economically inefficient and unfair: it wastes valuable resources and imposes costs on people who do not benefit from sprawl. Described more positively, smart growth policies can provide large savings and benefits, including direct benefits to the people who choose to live in more compact, multimodal communities, and indirect benefits to society overall.

We investigated the demand for sprawl, that is, the amount that households prefer sprawl over smart growth, and factors that affect those preferences. Although sprawl provides various benefits to community residents, many of these are social and economic impacts, such as increased sense of safety, security and status, which can be replicated in more compact and multi-modal neighborhoods. Housing needs and preferences are diverse; for example, some households need larger homes, want outdoor space for children and pets, or require workshops, studios and garages for businesses or hobbies. In addition, as residents become more affluent they demand higher quality neighborhoods and transport options, such as attractive streets, minimal noise and air pollution, and convenient and comfortable public transit services. As a result, to be successful, smart growth development must respond to these demands.

We also analyzed optimal vehicle densities in addition to human densities. As Figure 4 shows, motor vehicles require far more road and parking space than other travel modes. On average automobiles require 20-60 square meters of road space plus two to six off-street parking spaces averaging about 30 square meters each, or 80 to 240 square meters in total. This means that automobiles typically use more land than is devoted to an urban resident’s house. This increased need for roads and parking facilities increase development costs, stimulates sprawl, creates traffic and parking congestion, displaces greenspace, and increases noise and air pollution. As a result, efforts to increase urban densities, transport system efficiencies, and urban livability require policies that limit the number of private automobiles in a city to what their road systems can efficiently accommodate.

Sprawl tends to harm physically and economically disadvantaged people by reducing the efficiency of affordable travel modes such as walking, cycling and public transit. With sprawled development, more affluent households tend to move to isolated, automobile-dependent areas, leaving poverty concentrated in urban neighborhoods, which tends to exacerbate social problems such as crime and social exclusion. In contrast, all else being equity, crime rates tend to be lower in compact, mixed, multimodal neighborhoods due to increased passive surveillance (there are more “eyes on the street” to report potential threats), and improved economic opportunity for at-risk residents. Smart growth also tends to increase economic productivity by improving accessibility which provides agglomeration efficiencies, reducing infrastructure and transportation costs, and reducing the need to import vehicle fuel. These factors are particularly important to consider in developing country cities where most households cannot afford to own private automobiles, and where it is important to favor resource efficiency.

To help determine the optimal densities in specific situations, we divided cities into three categories:

Our analysis indicates that very high regional densities (more than 100 residents per hectare) are only justified in highly constrained cities such as Hong Kong and Singapore. Most smart growth benefits can be achieved by shifts from low (under 30 residents per regional hectare) to moderate (50-80 residents per regional hectare, which is typical of affluent European cities). Although higher densities can provide additional benefits, these are likely to be modest in most cities. However, cities such as Singapore and Seoul demonstrate that with good planning, high density neighborhoods can be very livable, and most cities should have a few high density districts around their downtowns and other major transit terminals.

Because motor vehicles are very space-intensive vehicle densities are as important as population densities. As a result, a key factor for creating efficient and livable cities is to limit urban automobile ownership, and manage roads and parking for maximum efficiency. This requires an integrated program of improvements to space-efficient modes (walking, cycling, ridesharing and public transit), incentives for travelers to use the most efficient mode for each trip, and accessible, multi-modal development which minimizes the need to drive. Since a bus lane can carry far more passengers than a general traffic lane, an efficient city provides bus lanes on most urban corridors.

In all types of cities it is important to ensure that compact urban neighborhoods are very livable and cohesive by designing urban streets to be attractive and multi-functional (including sidewalks, shops, cafes, landscaping and awnings), building public parks and trails, and providing high quality public services (policing, schools and utilities), and encouraging positive interactions among residents (local festivals, outdoor markets, recreation and cultural centers, etc.).

Some critics have responded to our work, arguing that sprawl provides benefits in addition to costs, and that planners should not dictate the type of housing that resident choose. They are correct on both points, but their criticisms are based on false assumptions about this our analysis and conclusions. In fact, we do recognize the benefits of sprawl. However, these are mostly direct benefits to sprawl community residents, such as increased private greenspace (lawns and gardens), and more privacy and quiet. There is no reason to believe that there are significant external benefits of sprawl (non-residents benefit from increased sprawl) which would offset the substantial external costs, since rational economic agents (people and businesses) externalize costs and internalize benefits. If sprawl provided external benefits, somebody would capture them, for example, by negotiating a subsidy. We emphasize market-based solutions which tend to increase housing options and test consumers’ willingness-to-pay, such as reduced and more flexible off-street parking requirements, and cost-based pricing of roads, parking facilities and urban-fringe services.

Virtually everybody can benefit if, through good policies and design, cities can make resource-efficient housing and transport options more attractive, resulting in the best of all worlds: urban communities that are very livable and productive, and protect the global environment.

This article is based on the report, ‘Analysis of Public Policies that Unintentionally Encourage and Subsidize Sprawl’, written by the Victoria Transport Policy Institute, in partnership with LSE Cities. 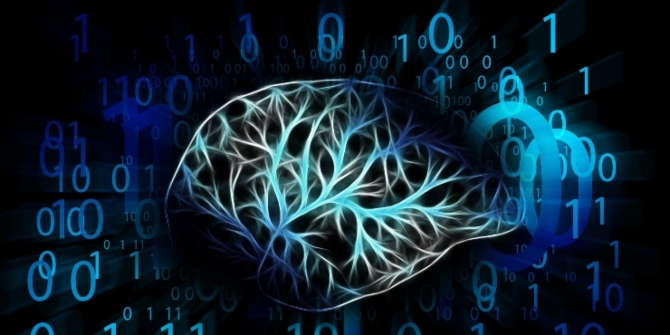 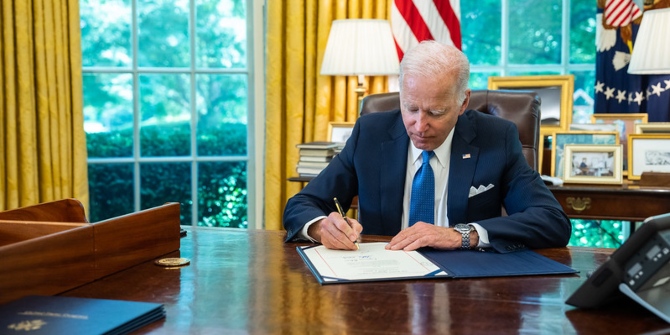 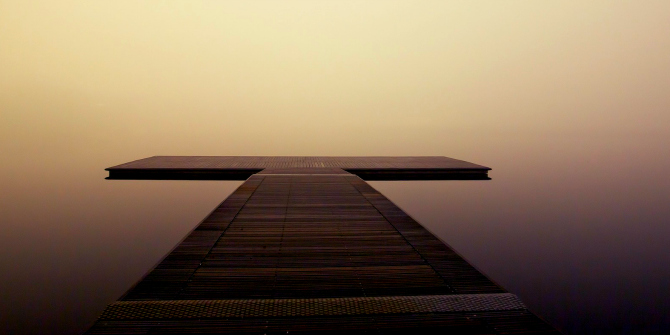