America is not losing its religion – population trends mean that it is simply becoming more religiously diverse.

America is not losing its religion – population trends mean that it is simply becoming more religiously diverse.

A recent Pew study found that there has been an increase in the number of Americans who claim to have ‘no-religion’. Does this mean that religion in the U.S. is on the way out? In new research which examines data from three national surveys, R. Khari Brown, Robert Joseph Taylor, and Linda M. Chatters find that African Americans and African Caribbean Americans are less likely than Non-Hispanic Whites, Hispanic Americans, and Asian Americans to identify as non-religious, with the latter group the most likely to identify as non-religious. They write that the recent shifts in religious affiliation may have less to do with Americans abandoning religion to America shifting towards increasing religious diversity.

There’s been increased talk in recent days that America is abandoning it religious, particularly, Christian roots.  A recent report by the Pew Research Center seems to lend some credence to this argument as they find a 7 percent increase in the proportion of Americans claiming ‘no religion’ between 2007 and 2014.  That said, after reading the Pew report, two questions arise. First, why should anyone care that religious affiliation in the United States seems to be inching closer to the Western European model of secularism?  As social scientists and American citizens, we think we should care about the state of American religiosity, as religion is a key aspect of our civic and political culture.

Despite religious declines, religious organizations arguably remain the nation’s most important civil societal institution as measured by membership and attendance rates, volunteer hours, and financial donations. Religious communities also provide key social capital resources that aid in the assimilation process and maintenance of cultural identity for immigrants.  Moreover, competing aspects of American civil religion have long been used by political elites and social movement activists to characterize the American experience.  On the one hand, political elites have often characterized the American experience as a providential mission ordained by God to spread its unique calling for political liberty, republicanism, and economic individualism the world over.

On the other hand, social justice advocates have maintained that the nation’s providential calling is to live up to its ideals of equality and increased social-economic opportunities, particularly for the poor and politically marginalized.  Indeed, the vast majority of Americans report that they want religious organizations to be more active in fighting racial and gender discrimination, poverty, and increasing aide to poor nations.  That said, the loss of religion may mean reduced utility of religious symbols in characterizing our experience and in influencing American perceptions of the justness of our nation’s policy aims.

The second question that comes to mind when considering the changing nature of American religiosity is: is it fair to say that America is truly “losing its religion”, to quote REM?  Well, according to our research, it depends upon which Americans we’re talking about.  If one looks beyond the title of the Pew Report, one finds that declines in religiosity are most pronounced among White Mainliners and Catholics–with no changes among White Evangelical Protestants and Black Protestants.  Closely examining the differences in religious non-involvement among African Americans, black immigrants from the Americas’ White Hispanics, Asians, and non-Hispanic Whites, our work allows us to push this inquiry a few steps further.  Exploring religious behavior is imperative because, as the U.S. Census estimates indicate, Asians and Hispanics are the fastest growing racial/ethnic groups in the nation. 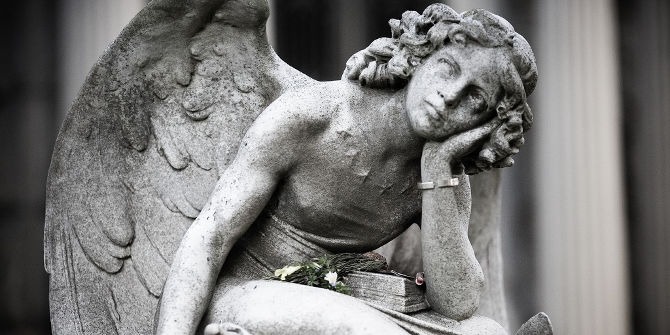 Based upon our analyses of three separate national surveys, the data reveal that African Americans and African Caribbean Americans are less likely than Non-Hispanic Whites, Hispanic Americans, and Asian Americans to identify as non-religious and to report rarely attending worship services.  It is important to note that we are not suggesting that religion is unimportant to non-Hispanic Whites and other non-African Americans.  But rather that observed differences between African Americans and African Caribbeans with Hispanics, Asians, and Whites may reflect differences in the historical and continued centrality of religious institutions in helping individuals to cope with economic marginality and for some, a felt sense of political powerlessness.

Conversely, Asian Americans are more likely than other racial/ethnic groups to rarely attend worship services and to identify as non-religious.  Asian Americans’ lower propensity to attend worship services may reflect differences in religious forms and expression (e.g., non-theistic faiths) rather than an absence of religious commitment, per se. That is, one quarter of Asian Americans identify with non-theistic religions, such as Buddhism, that place greater importance on achieving a spiritual awakening or enlightenment, private devotional practices and behaviors, and have lesser emphasis on public, congregational forms of worship that involve religious rituals with fellow believers in shared meeting places.

These racial/ethnic differences have implications for our understanding of future rates of religious involvement in the United States, particularly when one considers the fact that aging has a different impact on religious non-involvement across racial/ethnic groups.  That younger age cohorts tend to be less religious has led some to point to the prospect of future growth in the non-religious population. However, our work suggests that these projections become more complex, if one considers that among Asians and Hispanics, the fastest growing ethnic groups in the United States, age cohort is largely unrelated to their absence from worship services.

Not to digress too much, but, it is worth mentioning that religious affiliation and attendance are distinctive from religious beliefs and practices.  That is, despite recent declines in worship attendance and religious affiliation, the roughly 90 percent of Americans that report praying at least occasionally have largely remained unchanged since 1948.  Close to 90 percent of Americans believe in God or a higher power. Further, nearly three-quarters of individuals that have not attended worship services in the last 6 months and half of persons who don’t identify with any faith (i.e., religious nones) report believing in God.

That said, when talking about religious affiliation and worship attendance, we find that African Americans are the least and Asian Americans the most likely to be religiously non-involved. We also find racial/ethnic differences in the role that aging plays for rarely attending worship services.  As stated earlier, the fact that racial/ethnic demographics are shifting from a majority white and increasingly less religious nation to a more racially/ethnic diverse and more religious nation, may suggest that these recent shifts in religious affiliation may have less to do with American abandoning religion to America shifting towards increasing religious diversity, particularly reflected in the practices of Hispanics, Asians, and other immigrant populations.

This article is based on the paper “Race/Ethnic and Social-Demographic Correlates of Religious Non-Involvement in America Findings From Three National Surveys”, in the Journal of Black Studies.

Robert Joseph Taylor – University of Michigan
Robert Joseph Taylor is the Sheila Feld Collegiate Professor of Social Work and Faculty Associate at the Institute for Social Research, at the University of Michigan, Ann Arbor. He is also a faculty associate with the Program for Research on black Americans at the Institute for Social Research. Professor Taylor has published extensively on the informal social support networks (i.e., family, friends, and church members) of adult and elderly Black Americans.

Linda M. Chatters – University of Michigan
Linda M. Chatters is a professor in the Department of Health Behavior and Health Education, School of Public Health and professor in the School of Social Work at the University of Michigan. She is a faculty associate with the Program for Research on Black Americans at the Institute for Social Research and the Center for Research on Ethnicity, Culture and Health. The focus of Dr. Chatters’ research is the study of adult development and aging in relation to the mental and physical health status and functioning of older persons in a variety of social contexts (i.e., the family, church, and community). She is also interested in religious involvement among African Americans and the independent effects of religious, personal, and social status factors on personal well-being.