Increasing the number of destinations and passengers an airport serves has a positive effect on regional economic development.

Increasing the number of destinations and passengers an airport serves has a positive effect on regional economic development.

As the economic recovery continues, airports are experiencing growing passenger numbers. But does economic growth create more demand for air travel, or does air travel help to drive economic growth? In new research which looks at data from metropolitan areas over 17 years, Volodymyr Bilotkach finds that adding 100 passengers a day to the volume an airport served can lead to between 98 and 315 new local jobs, and that adding a new destination can lead to between 98 and 223 new jobs and the opening of between 4 and 15 new businesses.

Measuring the impact of air travel on regional development is not an easy task, due to the complexity of the issue. Certainly, when a regional economy grows, the passenger flows to the local airport also tend to increase. However, what is the causality here – does air travel follow the growth, or does it also have a role in regional development?

Answering this question is of no trivial importance to local authorities charged with allocating limited funds between various possible infrastructure projects in the region. Will investing into the local airport pay off in terms of bringing new traffic and growth? Should the airport focus on the airlines adding more services to the destinations they already serve from a regional airport, or is it more worthwhile to attract non-stop services to the new destinations, potentially making your area more attractive for larger businesses to base their regional offices in? I address these questions in recent research, finding that adding more destinations does have a positive impact on regional economic development.

While intuitively we can suspect that a well-developed and well-connected airport should facilitate attractiveness of a respective metropolitan area for business, quantifying this relationship is not a straightforward task. High-quality air services will facilitate face-to-face contacts with business collaborators, foster intercity agglomeration economies, and ultimately lead to business and job creation. This new business however will create more demand for air services. Such feedback necessitates a careful approach to data analysis.

My study examines a 17-year panel dataset covering most of the Metropolitan Statistical Areas (MSAs) in the United States, applying a data analysis technique, which was previously not used in research on the air travel-development relationship. Including number of destinations served from the area airport(s) into analysis is another innovation of my study. The three high-level metrics of regional development used in my paper are employment, average wages, and the number of business establishments in the area.

Controlling for differences between regions over time, as well as taking into account the possible reverse causality of the traffic-development relationship, the following conclusions emerge. Using number of passengers as the measure of air traffic, I find that it positively influences employment and average wages, but not the number of business establishments. Specifically, adding 100 passengers per day to the volume served by the local airport creates 98 jobs at the sample mean and 314 jobs at the sample median. This disparity between estimates at the mean and the median is driven by the fact that a median airport is much smaller than a mean one, so that 100 passengers per day corresponds to 2 percent of the mean, but 20 percent of the median passenger volume.

Significantly, I find that number of destinations served by non-stop flights has robust positive impact on each of the three measures of economic development. At the sample mean, connecting an MSA with an extra destination, keeping everything else constant, creates 98 jobs and facilitates opening of four new business establishments that employ people. The equivalent numbers for the sample median are 223 jobs and 15 new business establishments.

Combining the two findings above, if the hypothetical additional 100 passengers per day travel to a destination which has not yet been served from an MSA, the number of jobs created at the sample mean will increase to 254, with nearly three quarters of these jobs created through the new destination rather than an increase in passenger volume. The corresponding number at the sample median will be 323.

Relationships between air traffic volume and the average wage in metropolitan area are statistically significant, as I noted. Yet, the economic significance of this relationship is not remarkable, as a substantial increase in traffic volume would be required to yield appreciable changes in mean wages.

The most important lesson from this work for local authorities is that adding new destinations yields a stronger impact on regional development than adding traffic to existing destinations. At the same time, while increase in air traffic can contribute to creating jobs and businesses, one should not expect a sizeable increase in average income. In this light, it would probably be an exaggeration to call local airports ‘engines of economic development’. I should note that my results represent the aggregate effect – I have not evaluated which sectors of the economy benefit more from increase in air traffic, whether it comes from extra flights to existing destinations, or from adding new services. I am leaving these issues for future studies.

This article is based on the paper, ‘Are airports engines of economic development? A dynamic panel data approach’ in Urban Studies.

Volodymyr Bilotkach – Newcastle University
Volodymyr Bilotkach is a Senior Lecturer in Economics at Newcastle University Business School. His research interest spans the aviation sector of economy. He has published extensively on airline alliances, and written on issues ranging from airline mergers to airport regulation to economics of distribution of airline tickets. 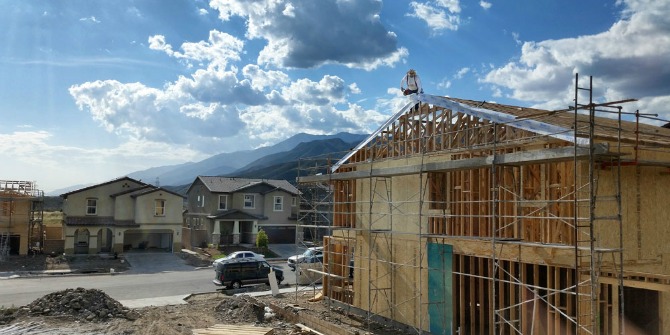 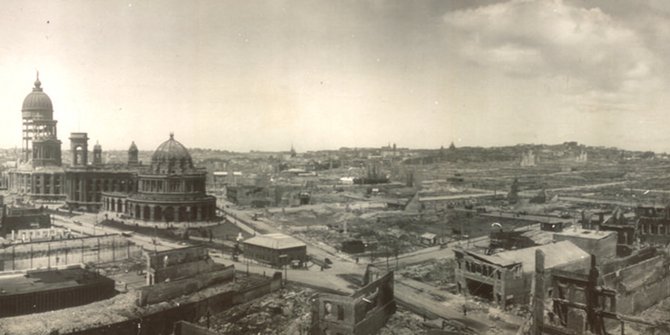