Foreign policy, defense and trade
Obamacare and health policy
The economy and society
And finally…
President Obama, the Democratic Party, and the GOP

On Wednesday this week, The Daily Signal has the news that President Obama is planning to circumvent Congress on climate regulations once again, by passing the Paris Protocol on climate change without that body’s input. They argue that the agreement is a legally binding treaty, and that the Constitution mandates that it be sent to the Senate for consideration. FreakOutNation says that the Obama Administration (via the Department of Justice) is going to boost its efforts to fight against domestic terrorism with the appointment of a ‘domestic terrorism counsel’.

Turning to the Democratic Party more generally, The Fix writes Thursday on Representative Tulsi Gabbard of Hawaii who has been fighting with the Democratic National Committee (of which she is a vice chair) about whether its chairwoman, Representative Debbie Wasserman Schultz (FL) suggested that Gabbard should not attend the first Democratic debate in Las Vegas this week. The drama comes after Gabbard stated that that the DNC should host more than six debates. 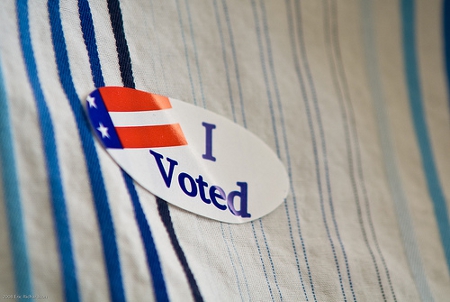 On the Republican side, The Federalist this week argues that it is now the time for the GOP to chase black voters, as they have not prospered under the last seven years of the Obama administration. They say that the Democrats are taking black voters for granted, and that the Republican Party needs to make them work for their votes. On Tuesday, Red State comments that the Chamber of Commerce is pledging $100 million to defeat GOP-conservatives in the 2016 election cycle, to ‘buy’ a new party.  They say that while the chamber used to be a force for conservatism in Congress, now it has become a ‘breeding ground for corrupt cronyism’ which insists on spending programs. The Daily Signal, meanwhile, takes some time to examine what the Tea Party has achieved since it began in 2009. They argue that the movement has changed and ‘even slightly fixed’ America, as evidenced by the falling deficit despite the launch of expensive government programs such as Obamacare.

On Sunday, Caffeinated Politics has the news that just 158 families have contributed nearly 50 percent of the money given to presidential campaigns in this first phase of the race. Vox Mischiefs of Faction also looks at donor this week, dispelling the often circulated idea that super-wealthy donors are pulling US politics farther to the right. They comment that GOP candidates have received more donations simply because there are far more (15) candidates in the field. The Fix writes this week that Republican and Democratic voters want completely different presidents, and not just ideologically. Their data shows that Republicans favor candidates with business experience, while Democrats want someone with a political or governmental record.

In the week that saw the first Democratic debate of the 2016 primary season, Smart Politics says that ex-presidents have collectively been mentioned over 100 times in the current debate season, with Ronald Reagan and George W. Bush leading the pack by far.

The lead up to the debate on Tuesday night in Las Vegas, Nevada, saw a great deal of commentary: 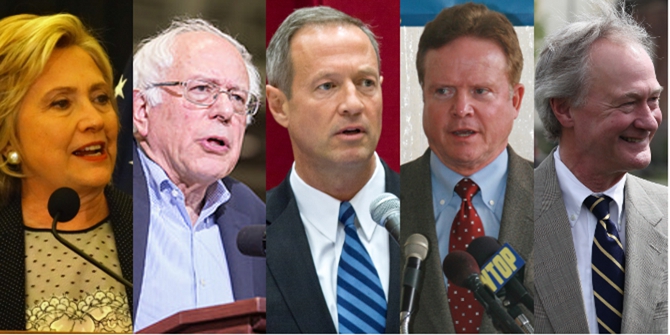 Moving on to the Democratic Party’s candidates more generally:

Looking to the other side of the presidential race:

On Tuesday, The Atlantic previews the coming ‘death penalty feud’ at the Supreme Court. They say that the Court will hear four death penalty cases this term which center around how trial judges instruct juries, juries’ roles, and racial discrimination.

Moving on to Congress, The Fix agrees with Representative Trey Gondy (R-SC) that the house is essentially ‘ungovernable’, with it looking very difficult for any Speaker to be approved with the necessary 218 House votes in the wake of Speaker John Boehner’s (R-OH) planned departure. The Hill’s Congress blog reckons that before Boehner leaves, he should present a clean suspension of the debt-limit to the House, ahead of the limit being reached in early November. In recent days, many have speculated that someone from outside the House of Representatives could be elected Speaker. Not so, says the Daily Signal, explaining that the Constitution says that the House should choose ‘their’ Speaker, i.e. someone from the House.

On Tuesday, following the accusations of a fired Benghazi Committee staffer that the committee is a political ploy to hurt Hillary Clinton, The Atlantic wonders if it has reached a turning point.

PoliticusUSA says that Senate Majority Leader, Mitch McConnell, has put a huge ‘ransom’ on raising the debt limit, which President Obama will never agree to – raising the age of eligibility for Medicare and restricting the Environmental Protection Agency’s ability to uphold clean water standards.

On Saturday, American Thinker wonders if the recent deal with Iran over that country’s nuclear program is a fait accompli. The American Interest meanwhile argues that Iran isn’t that interested in promoting a stable order in the Middle East, in cooperation with the US.

Political Animal gives an overview of what they say is President Obama’s ‘grand strategy’ for the 21st century, which is largely focused on correcting the country’s past foreign policy disasters.

Powerline says that according to a recent survey, only 26 percent of Americans think that the US is winning the war on terror, down from 52 percent when Obama was elected.

On Thursday, Outside the Beltway has the news that President Obama would announce that the ongoing withdrawal of troops from Afghanistan would be halted, and the current troops there will remain until 2017. They say that the news is a stark indication that the US’ longest war is not coming to an end any time soon.

The American Interest writes this week on the US’ standoff with China in the South China Sea. They say that the US will be sending ships through China’s 12-mile exclusion zone after China has continued to build facilities on artificial islands. 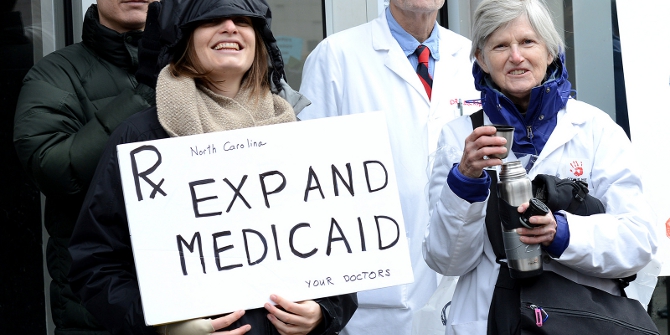 On Saturday this week, Daily Kos says that the expansion of Medicaid is reducing the rate of uninsurance, at least in the states which are allowing it. The states which have expanded Medicaid now have an uninsured rate of just below 9 percent, while those that haven’t have a rate of about 14 percent.

The Daily Signal comments on a new report which has found that health insurers have lost a great deal of money selling plans under the Affordable Care Act – AKA Obamacare. They say that the losses of up to 12 percent will mean higher premiums over time. Townhall, meanwhile investigates Obamacare’s ‘missing billions’ – the $2 billion in funding not spent on setting up state exchanges but has not yet been returned to the federal government.

Who pays hospital bills when patients can’t? The Atlantic says that, at non-profit hospitals, unpaid bills become bad debts for the patient, or are written off, amounting to $57 billion nationally.

America is becoming increasingly pessimistic, writes The Atlantic, with most people not feeling great about the long term prospects for the quality of education, the growing elderly population, corporate decision-making, and governmental dysfunction.

On Tuesday, Ten Miles Square looks at new statistics which show that nearly 63 percent of the US jail population have never been convicted of a crime. The cause? Increasingly stringent bail conditions.

In the wake of recent tragic shootings across the country, there has been a resurgent debate over the role of ‘gun free zones’. American Thinker reckons that they are illogical, because they are based on the voluntary compliance of the people who are likely to not care about gun control laws of any kind. 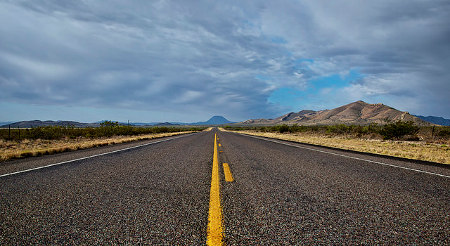 Writing at Wonkblog, former Treasury Secretary Larry Summers argues that fixing America’s roads would pay for itself, with road users benefiting from reduced operating costs because of higher quality infrastructure.

On Tuesday, Political Animal praises federal and state regulators for looking into ‘big beer’, after allegations came to light that the brewer, Anheuser-Busch InBev is seeking to curb market competition by buying distributors.

Wonkblog this week compares the American middle class to other middles classes across the world – it turns out that it is worse off.

Post Politics reports that a man who previously presented Jeb Bush flowers was thrown out of a Q&A with Donald Trump.

Recent presidential candidates have written 172 books. But only one helped a candidate to win (The Fix).