Canadians go to the polls on Monday after an unusually long election campaign. Cristine de Clercy writes that since the election was called on August 2nd, the polls have shifted markedly, with the Liberal Party – which has been out of power for a decade – approaching the 40 percent support mark which may allow it to form a majority government. Despite the poll numbers, she cautions that recent boundary changes and the potential for shifts in public opinion and for polling errors mean that the election’s outcome is still anyone’s guess.

Canada’s 42nd general election formally began on August 2nd, and for most of this period the unusually long campaign was a tepid affair.  However, over the last month there has been a dramatic shift in the parties’ opinion poll standings.  Now the Liberal Party of Justin Trudeau seems poised to win the most number of seats in the House of Commons, and perhaps may be on the cusp of securing a majority government.

Busy with summer activities and the start of the school year, most voters seemed rather disinterested in the election.  Public opinion polling suggested little change in the distribution of votes among the three major parties, with each receiving roughly thirty percent support among decided voters. Public opinion began to shift in early October, and the Liberal Party has emerged as the clear leader, with over 35 percent support.  The governing Conservative Party, in contrast, remains stuck at 30 percent support.  The New Democratic Party (NDP), which seemed briefly the party most likely to garner the most new support in this election, has suffered a substantial decline. Voters go to the polls on Monday and the NDP’s popularity has fallen to about 24 percent support.

There is a real sense of serious competition among the three main parties in key areas across the country.  Thirty new seats were added to the House of Commons as a result of electoral redistribution and this increased vote-rich Ontario’s number of seats to 121 Members of Parliament.  In the last election the Conservatives won 73 seats in Ontario which helped to give Prime Minister Stephen Harper a comfortable majority government.  The Conservatives now are projected to take only 42 Ontario ridings.  Currently it seems the Liberal Party may win over 60 seats, while Thomas Mulcair’s NDP may take less than 20 ridings.  All three party leaders have been actively campaigning in Ontario over the last week because it will be central to determining who takes power.

The sudden change in voter intentions also likely will affect results in the province of Quebec.  In 2011, the NDP under former leader Jack Layton secured a stunning breakthrough by winning 59 seats; this helped the NDP to become the Official Opposition for the first time.  Holding on to these gains has been a significant challenge, and it seems the New Democrats are sure to lose some seats to the Conservative, Liberal and Bloc Québécois parties.

If the Trudeau Liberals win the race for seats, this result will owe much to their performance in two other areas of the country.  In Atlantic Canada, the bulk of its 30 seats seem likely to go Liberal, while in British Columbia the party is enjoying an unusual resurgence of popularity.   Voter support seems evenly divided among all three major parties in this west coast province, which also is home to MP Elizabeth May, the Green Party’s leader.

Yet despite the wealth of national opinion poll data, it is difficult to predict Monday’s results for three main reasons.  First, owing to redistribution, reportedly 87 percent of all seats have new boundaries.  Many voters will be unsure about which riding they now reside in and where they ought to vote despite the efforts of Elections Canada officials to inform the public about the changes.  The new boundaries also make prediction difficult as analysts cannot necessarily rely on an area’s traditional partisan profile to estimate its outcome in the 2015 election.

Second, given that the new public opinion shifts are ongoing, there remains time yet for additional increases or decreases in support in the final few campaign days.  A party that can capture 40 percent or more of voter support usually goes on to form a majority government; the Liberals are nearing this mark.  Will they realize more gains over the weekend, or have they hit a ceiling?

Finally, all of the poll results referenced here are from an aggregated average of the individual polls conducted by different firms.  There are important differences in how certain polling houses are estimating public opinion, and these differences can be significant in competitive regions like Ontario and Quebec.  Also, past Canadian elections have amply demonstrated that polls are just guesses at the shape of voting intentions.  There can be a very large gap between what pollsters predict, and how voters behave at the ballot box. The only certainty is that this election’s outcome is far from certain. 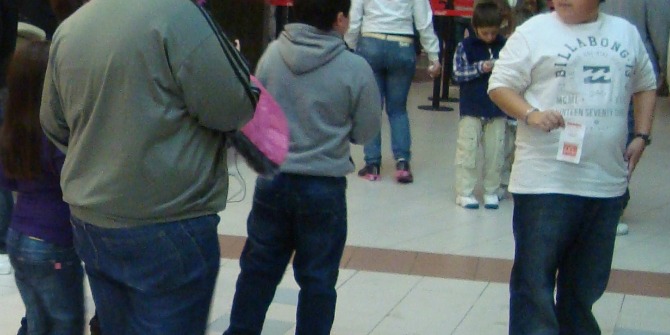 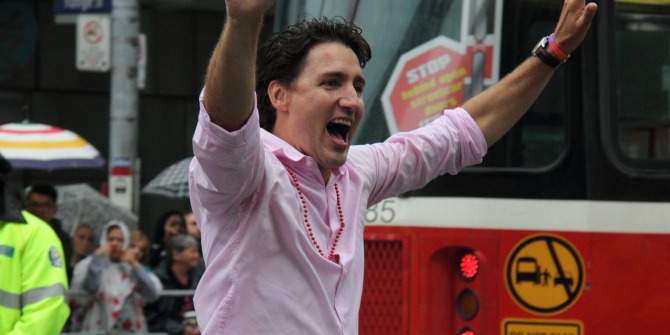 Would Justin Trudeau’s ‘sunny ways’ work in the UK? Lessons (or not) from Canada 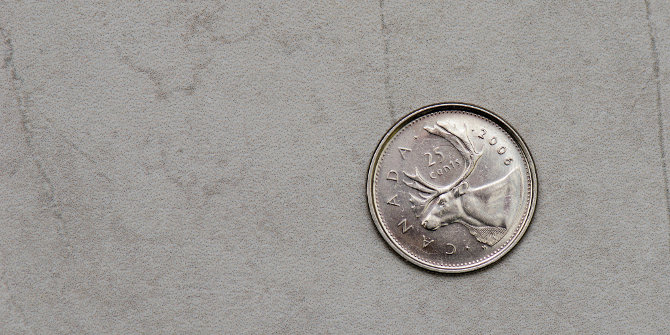