Political endorsements play an important role in shaping public opinion about candidates. While scholars have researched the impact of endorsements, few have examined the factors that determine how and where endorsements are used in campaigns. Using political advertising data from the 2008 election cycle, Newly Paul and Chance York find that four factors—candidate characteristics, campaign characteristics, ad format, and timing—affect whether an ad containing an endorsement is aired. They find that endorsements are more likely to appear in positive ads, are primarily used by incumbents and female candidates, are less likely to appear in competitive races, and tend to air less frequently as a campaign progresses.

Voters often use cues such as party identification, a candidate’s race and gender, and political endorsements to glean more information about the candidate. These factors help voters draw inferences about a candidate’s qualities, ideologies, and issue positions—knowledge which can then be used to determine vote choice. This process of using information shortcuts is especially true for those who do not follow politics regularly.

Based on prior research, we expected four factors to affect the strategic use of endorsements in political ads: candidate characteristics such as gender, and incumbent or challenger status; campaign characteristics such as whether the ad was for a House, Senate or gubernatorial race and whether the race was competitive; ad format such as whether the ad was a positive or negative ad, whether it talked about the candidate’s qualities or proposed policies, and whether it invited voters to take action; and timing, i.e. at what point in the election the ad was aired.

Since women are often perceived as outsiders to politics, we expected them to use endorsements to establish credibility in the eyes of voters. Similarly, we expected challengers to use endorsements because of their lack of familiarity among voters, as compared to incumbents who are more likely to be well-known. Since endorsements usually tend to be positive and address the qualities of a candidates, we expected them to appear more frequently in races that were less competitive as compared to competitive races which are usually more negative in tone. We expected ads highlighting the positive qualities of candidates to feature endorsements rather than those that talked about complex policy issues. Lastly, we expected ads in the early stages of the campaign to feature endorsements because that is typically the time when candidates are introducing themselves to voters, and the tone of ads is generally positive.

To test our hypotheses, we used advertising data from the 2008 Wisconsin Advertising Project. This project analyzed 3,606 advertisements that aired between January 1 and November 4, 2008. The ads were pre-coded for presence or absence of endorsements and the tone and type of ad. We added additional coding on candidate- and election-level variables such as candidate gender, political affiliation and competitiveness of the race. We used logistic regression to analyze the data and isolate the impact of candidate, election, ad and campaign characteristics on the use of endorsements.

Figure 1 – Prototypical Candidate, Campaign, and Ad Characteristics that Affect Use of Endorsements

Overall, we found evidence of the strategic use of endorsements as information cues for voters. Endorsements are positive and campaigns tend to use them to build credibility among voters. Endorsements are deployed strategically toward the beginning of the campaign season when candidates are introducing themselves to voters and informing them about their issue positions. They tend to dwindle as the campaign season progresses. Even when the race is competitive and more likely to have a glut of negative and attack ads, campaigns tend to use endorsements for image-building purposes—a strategy that is essential in the midst of continuous attacks from the opponent. In identifying the factors that determine the use of endorsements in political advertisements, our research acts as a valuable resource for practitioners who want to understand when and how they can use endorsements for the maximum benefit of their candidate. Our findings are also useful for researchers looking to expand on the effects of endorsements in diverse political environments.

This article is based on the paper, ‘I Approve This Candidate: The Strategic Use of Ad Endorsements in the 2008 Election’, in PS: Political Science and Politics.

Posted In: Chance York | Elections and party politics across the US | Newly Paul 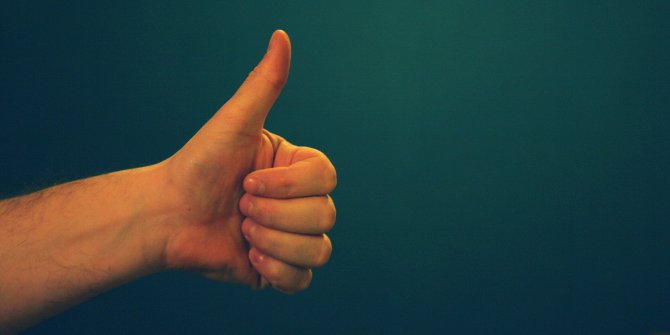