This week in the Pine Tree State, Maine Progressives Warehouse reports that the state’s House Democrats have released a resolution which condemns the Governor, Paul LePage for his recent “negative conduct and harmful actions”.

Moving south to New Hampshire, Miscellany Blue writes that a recent request from the state House’s Chief of Staff for lawmakers to acknowledge that they have received the legislature’s anti-harassment and non-discrimination policy has caused some lawmakers “heads [to] explode”, with accusations that the policy will stifle debate.

Wednesday saw the Empire State’s Governor, Andrew Cuomo give the annual State of the State address to the state assembly. Capitol Confidential says that the Democratic Governor used the speech to outline his plan for “big things”, and that it was interrupted by heckling from a Democratic Assembly member from Brooklyn. State of Politics, meanwhile comments that New York City’s Mayor, Bill de Blasio, has vowed to oppose any of Cuomo’s budget proposals which are detrimental to the city, such as a requirement for the city’s government to put in more funding for the City University of New York and Medicaid.

Heading across the Hudson, Save Jersey writes this week that New Jersey Governor – whose approval rating currently sits at 31 percent, is pitching to turn an old prison into a drug rehabilitation center. Tackling addiction has been a pet issue in the Governor’s presidential campaign. This week also saw Christie give New Jersey’s State of the State address where he attacked state Democrats’ plans to amend the state’s Constitution to require regular payments to the public workers’ pension fund. PolitickerNJ says that state Democrats defended their plan after the address, and accused Christie of crafting an anti-tax image for his presidential campaign rather than trying to address the state’s economic troubles.

On Wednesday, Maryland’s monoblogue, discussing the upcoming state General Assembly session, writes “let the terror begin”, commenting that wallets and personal liberty are not safe when the Assembly is in session.

Continuing on to Kentucky, Blue in the Bluegrass says that the budget from the state’s new Governor, Matt Bevin “will kill us all”, despite Bevin’s claims that it will be “responsible”. They argue that Bevin will bankrupt the state by bringing pro-business principles to the state and instituting austerity policies.

On Friday this week, NC Capitol Connection looks at 22 key legislative races this year in the Old North State.

Georgia’s Rural and Progressive says that it took only three days of state’s General Assembly’s business for a bill to be filed which would allow discrimination based on religious faith. They comment that given how big the wedding business is in the state, legalizing this sort of discrimination – which allows businesses to withhold services for a “religious or matrimonial ceremony” – the statute does not make good economic sense.

On Tuesday, Saint Peters blog has the news that the US Supreme Court has struck down Florida’s death penalty system, which allows judges – not juries- to decide whether or not those convicted deserve the death penalty.

The Hope Policy Institute points out on Friday that during the last four-year legislative term, Mississippi lawmakers passed tax breaks without making a proper fiscal analysis during the decision-making process. According to a 2012 law, the legislature was required to make any such “fiscal note” public on the web, something that has not happened since the law was signed.

On Friday, eclecta blog says that after creating a state of emergency in the city of Michigan by appointing an Emergency Financial Manager which led to the poisoning of the city’s water, Michigan Governor, Rick Snyder wants to return control of the city to its new Mayor, Karen Weaver. They comment that it’s unfortunate that this change didn’t happen years ago. 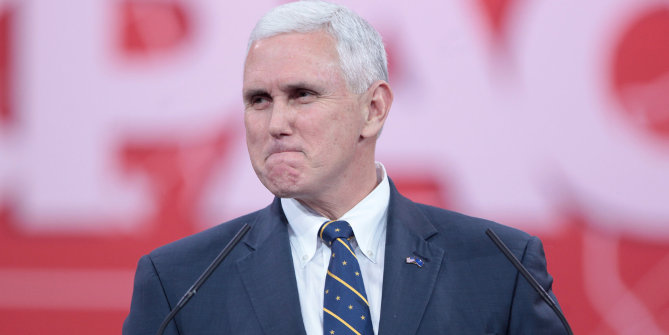 Moving south to the Hoosier State, Indy Politics writes that in his State of the State address this week, Governor Mike Pence told state lawmakers that any bill which they send to him that adds protections on the basis of sexual orientation and gender identity must also add similar protection on the grounds of religion and conscience.

Capitol Fax has the unfortunate news on Monday that gun deaths now outnumber vehicle-related fatalities in the Prairie State, with 1,179 such deaths recorded in 2014 compared to 1,075 from vehicles. Staying in Illinois Progress Illinois reports that even as the state’s 2016 legislative session began this week, there is still no budget agreement in sight. The state has been budget-less since July last year.

Heading west, Blog for Iowa writes on corruption in the state legislature this week, commenting that GOP legislators are getting their law-making guidance from organisations such as ALEC and the State Policy Network.

Monday sees Colorado’s The Spot look at what we need to know about the state’s legislature in 2016. Highlights include that while the legislature’s Democrats were almost always unanimously for proposed legislation.

Continuing on to New Mexico, Progessnow NM says that the state now ranks 49th in the country for child wellbeing, according to a new study. They say that the administration of GOP Governor Susana Martinez has tried to stifle an ad campaign which brings attention to the poor situation for children in the state.

Blog for Arizona writes Friday that a renewed proposal for a Top Two Ballot measure (one was defeated in 2012) in the state would not deliver what its proponents promise, higher turnout and more moderate candidates. They say that to increase voter participation the state should introduce universal automatic voter registration and universal mail balloting. 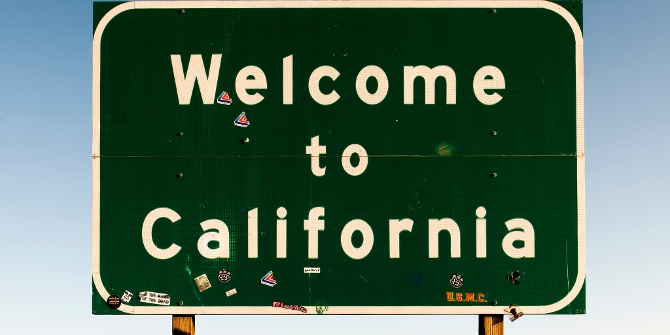 In the Golden State, Fox & Hounds comments that following the 1970s and 1980s, despite contemporary doom and gloom forecasts of unemployment because of technological advancement, job growth has outpaced job losses and welfare rolls have fallen. They say that entrepreneurship and welfare reform have been the main drivers of this job growth.

Heading north to the Beaver State, Blue Oregon reports that Governor Kate Brown has proposed establishing a minimum wage of $15.52 in Portland, and $13.50 an hour in the rest of the state. They say that the proposals are a recipe for indefinite poverty wages given that the increase will take six years and will leave the state’s preemption against communities setting their own minimum wage levels in place.

Speaking of the minimum wage, Strange Bedfellows says that a new initiative to raise the state’s minimum wage to $13.50 an hour by 2020 was field this week, aiming to be on this year’s ballot.