Entrepreneurism and innovation are seen by many as key components for achieving the American dream, with the start-up culture of Silicon Valley often held up as an exemplar of this. But the move towards an entrepreneurial society has a darker side, argues Daniel Cockayne. He writes that entrepreneurs regularly work very long hours for low rates of pay, and make sacrifices that are often not enough to save their companies. This narrative, he writes, is now becoming a dominant one which holds up work as the root of an individual’s worth at the expense of sociability, culture and politics.

San Francisco, New York, and LA are commonly cited among the nation’s leaders in innovation for their digital media ‘startup ecosystems.’ Entrepreneurial success in this sector is idealized, idolized, and narrated through the tropes of self-sacrifice, martyrdom, and economic heroism. Yet, work at small, entrepreneur-led firms in this sector is also demanding, stressful, emotionally challenging, and often directly exploitative, exclusionary, discriminatory, and sexist.

Entrepreneurism and innovation, according to the White House’s 2015 Strategy for American Innovation, are key values for the promotion of a healthy economy. In this report, entrepreneurialism is framed as essential to the United States’ continued global economic competitiveness. It advocates the production of an “entrepreneurial society” to cultivate innovation and growth. It does not, however, ask “at what cost?” Focusing on entrepreneurialism as a desirable economic goal ignores the cultural and social implications of prioritizing an entrepreneurial society. These social and cultural impacts are felt by individual entrepreneurs and found in the work cultures of the companies they found. Beyond these workplaces, entrepreneurialism is held up as an admirable attitude toward work in general, yet, without attention to possible consequences of this disposition on life beyond work.

Emotions run high in startup work. As entrepreneurs and other employees pursue the promised rewards of startup success – fame, status, wealth, and personal satisfaction found in working for oneself or on a small team – they learn to also embrace pressure, fatigue, and anxiety in their daily work. This ambivalent emotional cocktail is made more potent by the inherent volatility, financial insecurity, and short-termism of startup firms that may have no clear revenue strategy or sustainable business model. In such environments, concerns for employees’ health, well-being, and security are often secondary, especially if founders run short of capital.

In extreme cases, entrepreneurs sometimes claimed to work sixteen-hour days, six to seven days a week, especially while raising rounds of capital for their startup. Though this is by no means the norm for all those working for startup firms, I spoke with many workers, and not just entrepreneurs, who were expected to work ten to twelve hours a day, and to be constantly on call when away from the office. Employees felt pressured to take on more work without a corresponding pay rise, and even with a pay cut, in order to extend the length of time until a company’s dwindling capital reserves ran out. Employees were asked to work harder and longer for less. Many agreed because they identified and sympathized with their employer and co-workers, felt passionate about the product or service the company offered, or because they feared unemployment when the request to take on more work was accompanied by company layoffs. Being kept on in spite of layoffs connoted a sense of pride at being highly valued, despite less pay and longer hours. 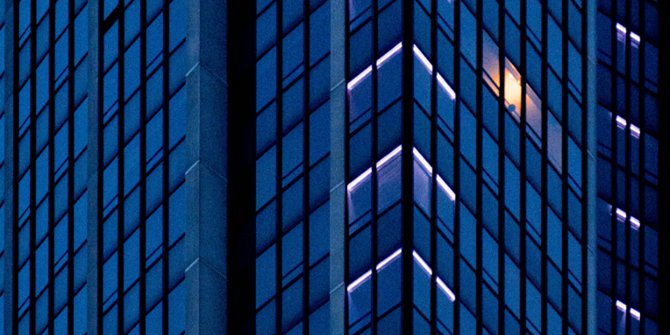 But worker sacrifice is usually not enough to save foundering companies. Startup failures – those companies that do not become sustainable in their own right, do not get bought out, or reach an IPO, but simply fade away – remain largely undiscussed and out of the public eye. Few entrepreneurs want to speak for long about the stressful and sleepless months working on an idea that just didn’t pan out. Fewer still want to comment on what they and their co-workers may have lost through failure besides time and money. There isn’t strict agreement on the proportion of startup firms that fail – some sources suggest more than 90 percent. What is clear, however, is that Facebook’s luxurious-for-some (still, unfortunately, mostly white and Asian American men, according to recent diversity figures) ‘campus’ in Menlo Park and Uber’s decadent playboy aesthetic and over-inflated valuation at $62.5 billion are far from the norm when it comes to working for an entrepreneur-led startup.

Success is the overwhelming exception to the rule for venture capital funded, entrepreneur-led startup firms. Part of the problem with lauding and valorizing innovation and entrepreneurialism is that it does not account for failure, or the personal, social, and political consequences of that failure. One entrepreneur, commenting on a failed venture, stated that he and his team spent a “full year of our lives, not doing anything [besides working], not leaving our rooms, […] we lost our friends, due to that lack of interaction, and then resurfaced, and didn’t get any results. And it was the lowest point we’ve ever been.” In this circumstance, the empty promise that this work would eventually pay off kept this entrepreneur and his team at work, despite the detrimental effects on their personal and social lives.

This is troubling because the entrepreneurial attitude has reach far beyond startups and small businesses. Though entrepreneurial work may not itself be ‘the norm,’ entrepreneurialism is taking hold as an appropriate and desirable attitude toward work in general. This attitude makes free time feel like wasted time. As one entrepreneur put it, “everyone here is hustling, and if I’m resting on my laurels and not maximizing every opportunity, every interaction every day, someone else is going to.” The entrepreneurial disposition prioritizes work over other concerns and values personal interaction in terms of the potential of economic payoff. As such, personal interactions unrelated to opportunity are framed as foundationally less important, less valuable, and even irresponsible pursuits.

Those who do not adopt an enthusiastic attitude to work, and allow this enthusiasm to act as its own form of compensation for more and harder work, are accused of not being a team player. They risk being let go in favor of those who are willing to take on those additional emotional burdens and economic responsibilities. One entrepreneur said, “I don’t need to switch off, because the work that I’m doing is less work, it’s more a passion, so it kind of just merges into everything else.” In this view, work is framed as a main path to passion in life, and personal satisfaction is sought in career goals, professional achievement, and the promise of glamorous working cultures and ‘cool’ workspaces. When work is the main venue for pleasure, stimulation, and enjoyment, it takes precedence over personal, social, and political concerns, which are inherently less (economically) valuable. Driven by passion, people find that they can justify working more and harder, seeking reward in work itself as a self-replicating ideal.

Though usually thought of as an individualistic, and therefore isolated economic practice, entrepreneurialism is increasingly seen as an appropriate disposition toward work in general. Beyond small business ownership and startup firms, it is the new normal or default ethic appropriate for work in American society. The broader implications of these shifts are clear: we continue to value the economic over the cultural and social, and cannot imagine a rewarding life outside of work. In this mindset, individual worth is determined by earning capacity – the capacity to work, to earn, to return on another’s investment.

As Doreen Massey has eloquently argued, this economic language trumps other political and social narratives and has become the prevailing “commonsense,” attaining the status of hegemony in Western culture. Following a similar argument, Kathi Week asks, why do we continue to place social value on more and harder work, rather than demand less work, or better work? The hubris of encouraging entrepreneurialism and innovation, and the endemic confidence and unlimited optimism that accompany them, is a reification of this economic “commonsense,” situating capitalism’s accumulation machine as the only truly authentic facet of human experience, and failing to account for the social, cultural, and political impact of changing work practices.

This article is based on the paper, ‘Entrepreneurial affect: Attachment to work practice in San Francisco’s digital media sector’, in Environment and Planning D: Society and Space.

Daniel Cockayne – University of Kentucky
Daniel Cockayne is a PhD candidate in the Department of Geography at the University of Kentucky. He conducts research on labor and work, through frameworks developed at the intersection of feminist, economic, and cultural geographies. His doctoral dissertation is a critical examination of entrepreneurial and digital media work in San Francisco, focused in particular on the dynamic relationships between embodiment, affect, desire, gender, sexuality, and economic production.