This week in the Granite State, NH Labor News reports that the state’s Senate has voted down a Bill which would authorize online voter registration. Staying in New Hampshire, Granite Grok argues that the state Legislature’s House Bill 1661 is ‘state sanctioned’ gender discrimination, given that it makes providing so-called ‘conversion therapy’ for those who need advice about their sexuality illegal for those under the age of 18, and also prohibits state funded support for the practice.

Heading south to Rhode Island, RIFuture says that ‘common sense’ gun legislation is once again before the House Judiciary committee. The bills would prohibit those who have been convicted of a domestic violence felony from owning guns, close a loophole which allows guns in schools, and one which would limit gun magazine sizes.

Continuing on to the Empire State, Capitol Confidential looks at the heated debate in New York State over raising the minimum wage to $15 an hour. They say that the issue is bound to be politicized in 2016, given that it is an election year. Still in New York, State of Politics comments on the race for Sheldon Silver’s Assembly seat. Silver was convicted last year on federal corruption charges and was forced to resign.  They say that the state’s Democratic Party has nominated Alice Cancel to run for the seat, but that Cancel has already been criticized as being too close to Silver.

Heading over to the Keystone State, PoliticsPA covers a new poll which shows where Pennsylvanians stand on a number of issues. They say 43 percent of people have a favorable view of Obamacare, 52 percent are pro-choice, and 39 percent support the legalization of marijuana.

On Saturday, Kentucky’s Blue in the Bluegrass says that a judge has ‘slapped down’ the state’s Governor, Matt Bevin, by denying his administration’s request to temporarily close an abortion clinic in the state, which they claimed had been operating illegally. 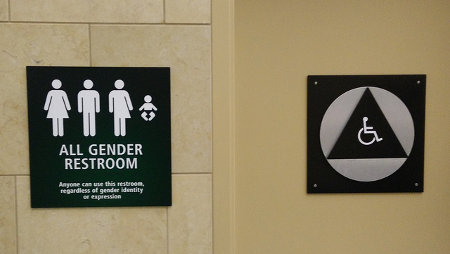 Moving on to North Carolina, Watauga Watch details the 11 Democrats who voted to legalize discrimination against LGBT people statewide. They say several of the Democrats who approved the bill have already faced a primary, and now have no opponent in November, meaning that they are able to ‘let their prejudices fly’. Staying in the Old North State, The Progressive Pulse looks at the same bill, which they say will mean lawmakers will essentially be deciding who can and cannot go into public restrooms in the state, as well as essentially defining transgender people ‘out of existence’.

Continuing south to Georgia, Georgia Pol comments on a state House bill which would grant amnesty to thousands of elected officials who were fined for filing their campaign contribution and financial reports late, or not at all. They defend the House bill, arguing that between 2010 and 2014, the online system was incredibly hard to navigate and file.

On Wednesday, Yellowhammer has an exclusive report (based on audio recordings they’ve obtained) that Governor Robert Bentley had an illicit affair with a staffer.

Heading west the Arkansas Times, says that Governor Asa Hutchinson has decided to expand its pilot program which would mandate drug testing to all those who receive welfare under Temporary Assistance for Needy Families. The program will now go from a 3,000 pilot to a statewide rollout.

This week, Michigan’s eclectablog reports on a new study which proves that there is a connection between race and the imposition of Emergency Managers in the Great Lakes State. They say that the study shows that of the 10 percent of Michiganders who’ve been living under emergency management at some point since 2007, 73 percent were black. 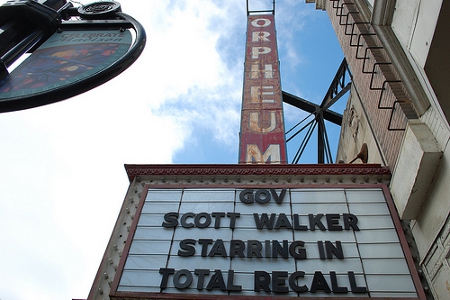 Heading over to Wisconsin, The Political Environment says that Governor Scott Walker heralded Trumpism in the Badger State. They comment that Walker was pushing dog whistle politics as far back as 2012 by pitting groups of voters against one another.

Heading south, Progress Illinois has the news that the state’s Supreme Court has ruled against the city of Chicago’s changes to its pension system, arguing that the changes violated the state constitution’s pension clause which holds that contractual pension benefits cannot be reduced. Also in the Prairie State, Capitol Fax says that as the state approaches its 10th month without a budget, the state government has built up about $2.8 billion in unpaid claims in its state employee group insurance program.

On Monday, MN Progressive Project talks on conservative resistance to proposals for a hate crime law in the North Star State. They say that many on the right are opposed to such a law because they feel that making hate crimes penalties higher exalts the victims of these crimes over other victims.

On Thursday, Preserve the Beartooth Front writes on how Montanans were able to stop the building of the largest new coal mine in North America earlier this month. They say that through direct action, civil disobedience and the lobbying of elected officials, together with the decreasing demand for coal in the US, helped lead to plans to construct the mine being suspended.

Eye on Boise reports this week that Idaho Governor Butch Otter has signed two controversial bills into law – one which would allow concealed carry of weapons without a permit, and another which bans homeowners’ associations from restricting short-term rentals.

Moving on to the Equality State, WyoFile has the news that the US Supreme Court this week issued a decision on the boundaries of an Indian reservation in Nebraska, which will have implications for a dispute between the Wind River Indian Reservation in Wyoming and the state over an Environmental Protection Agency decision to allow the tribes a voice in decisions over the state’s air quality decision.

Continuing south to the Centennial State, Colorado Peak Politics says that the state’s Governor, John Hickenlooper is hedging over whether or not he will finish his term in office since it looks like he’s keen to be part of Hillary Clinton’s administration, should she win the White House this fall.

Blog for Arizona looks at allegations of voter suppression in the state’s Democratic primary this week. They say that voter suppression ‘probably’ happened, but that it wasn’t a conspiracy against Bernie Sanders.

In the Golden State, Fox & Hounds examines how California ‘got broken to pieces’, with a wide variety of (often unhelpful) county sizes.