What role should national militaries play in a globalised and interdependent world? In The Cosmopolitan Military: Armed Forces and Human Security in the 21st Century, Jonathan Gilmore examines how cosmopolitan norms have influenced the ways in which armed forces perform civilian protection and ensure human security. Sajjad Ahmed finds this a thorough, encyclopaedic account of the evolution of conflict resolution through cosmopolitan military engagement in the post-Cold War era, which will be of use to scholars of peace and security studies, conflict management and international politics.

A pragmatic shift from the traditional security role of national militaries to a more cosmopolitan approach beyond national boundaries shows great commitment in this globalised world to protecting civilians and enhancing human security on moral grounds. However, existing states’ security or warfighting practices still contribute to enemy/state-centric approaches (based on national interest) rather than population-centric ends (such as humanitarian intervention). This book, The Cosmopolitan Military: Armed Forces and Human Security in the 21st Century, has therefore sought to address what role national militaries should play in an increasingly globalised and interdependent world, and how cosmopolitan norms might translate into new ways in which militaries perform civilian protection and human security-related roles to serve the wider human community.

Jonathan Gilmore’s pathbreaking study offers an incisive analysis of peacekeeping, the Responsibility to Protect (R2P) military operations during the ‘War on Terror’ and the rise of human security thinking. He provides a condensed literature review drawing on a wide range of sources to highlight the emerging cosmopolitan phenomenon in International Relations. With human-centred diplomatic discourse, international society has instituted ethical commitments to shaping policies focused on human rights, emancipation and the idea of a universal moral community. Cosmopolitan ethical approaches highlight the potential for militaries to be involved in operations that aim to both protect vulnerable civilians from direct acts of violence and provide the initial foundations for challenging the more insidious problems of structural violence. The book elucidates the nexus between international cosmopolitan ethics, foreign policy rhetoric and the practice of security, with particular reference to the ways in which national militaries have adapted to undertake new roles required in stabilisation, multi-dimensional peacekeeping and operations associated with the R2P.

The book offers a thorough and encyclopaedic discussion of this new paradigm of security in the post-Cold War era, which has provided significant avenues for a renaissance in cosmopolitan thought about community, security, moral responsibility and the role of the military. However, Gilmore criticises the failure of cosmopolitan discourse to prevent large-scale atrocities in Bosnia, Rwanda, the Democratic Republic of Congo and Darfur. Western-armed intervention in the name of the ‘War on Terror’ in Afghanistan, Iraq and Libya has also negatively affected cosmopolitan aspirations. Gilmore furthermore draws our attention to a dichotomy between the Global South and North for their contentious contributions to the maintenance of global peace by enhancing humanitarian assistance. Whereas the Global South has contributed large numbers of troops, the Global North is concerned with financial rewards and fewer troops participate to maintain global peace.

For the author, cosmopolitan security practice has the challenge of setting a benchmark to evaluate whether a state can interfere by any means in another country in the name of humanitarianism and the R2P. Gilmore quotes prominent academics and experts to emphasise intra-state conflicts in which unpopular governments can diminish legitimate ethnicities by using international militaries, and a good-or-evil divide can be misled to create massive problems. The divisive cosmopolitan-like discourse associated with offensive liberalism and neo-conservatism has also resulted in the creation of a rigid moral dichotomy between the cosmopolitan liberal Self and the non-cosmopolitan illiberal Other.

The Western ‘Remote Cosmopolitan’ military contribution has been proven as a poor vehicle for the realisation of overseas ethical commitments due to its defective impact on vulnerable non-citizens and the turnover to local proxies. The book unpacks the notion of ‘institutionalisation before liberalisation’, which needs the construction of appropriate institutions to manage the forces unleashed by liberalisation. Gilmore defines a road map for cosmopolitan military formation and its dynamic practices: for instance, developing early channels of communicative engagement with local populations. Beyond the traditional role of the military, dialogue-based military practice has the potential to uncover alternative narratives, escalations and agendas within conflicts, helping intervening militaries to better engage with local populations and reconcile conflicting ideas about the nature of the conflict to find possible solutions (98).

Gilmore therefore stresses the need to establish a Global Community Policing (GCP) approach based on dialogue, local engagement and a concern for the experience of the Other. For him, the GCP is about the negotiation of order, rather than its imposition using coercion and political violence; also, it must be a component of community, rather than an alien and potentially invasive force. Creating a new force of international soldiers detached from loyalties to an individual state and trained specifically for peace operations might offer the potential for more consistent responsiveness to the empathy and moral solidarity of cosmopolitan ethics (108).

The author has categorically exemplified the role of the United Nations as a cosmopolitan peacekeeping institution, and tries to unpack its cosmopolitan responsibilities in a state-centred world. In fact, the UN, as a promising candidate and fertile site for the cosmopolitan, has a well-defined theoretical roadmap to ensure humanitarian assistance; however, it does not have the pragmatic ability (e.g. a standing army) to execute its strength. In the absence of a UN standing force, it is more likely that ‘cosmopolitan-minded’ national militaries will be the candidates to assume future cosmopolitan security roles. Middle powers, specifically Canada and Sweden, are both notable in providing sponsorship to the development of the R2P alongside strong advocacy, and have recorded impressive historical commitments to the tools of the human security agenda. In addition, the book offers an in-depth dialogue on the contribution of modern technologies to cosmopolitan objectives through the use of precision-guided weapons and surgical strikes, leaving the civilian population and states’ infrastructure largely unharmed to achieve human security.

A potential criticism of the book is that the author has tried to justify the rationality of cosmopolitan-like discourse in the cases of the invasion of Iraq and later attacks on Libya by quoting the rhetoric of the leaders of the UK, France and the USA. Conversely, history has proven how these cosmopolitan humanitarian concerns were extremely faulty and caused great human atrocities and continued socio-political unrest. In addition, the author articulates some potential inadequacies: for instance, the linguistic and cultural differences of international contingents might negatively affect the consistency of their approach. Nonetheless, he finds that adequate educational training and vocational guidance can help to overcome these issues.

However, Gilmore has not addressed how religion-sensitive conflicts can be dealt with through cosmopolitan policing. In addition, the implications of cosmopolitan values can seem abstract or illusive. ‘Cosmopolitan military engagement’ and values can be seen as rhetoric that may be used to disguise intervention for other purposes, such as great power interests or new forms of imperialism or neo-colonialism. It is therefore important to question whose interests would be served by peace operations. Will cosmopolitanism as a tool for peace and security be used selectively and simply reinforce the interests of Westerners or great powers or the UN Security Council? Also, cosmopolitan doctrine can be utilised to justify existing elites’ status quo and diminish minority rights by attempting to ‘universalise’ the hegemonic pretensions of the dominant culture, while denying legitimacy to minority or weaker ones.

In closing, the book is a magnificent blend of both the theories behind, and the practical ventures of, the cosmopolitan conflict resolution paradigm. It gives justification to the notion of a cosmopolitan military by extensively outlining a collection of achievements within the field. This book is a valuable contribution and recommended reading for students of peace and security studies, conflict management and international politics. Equally, it is a useful guidebook for researchers, practitioners and policymakers for understanding the evolution of conflict resolution through cosmopolitan military engagement.

Sajjad Ahmed –  Osaka University
Sajjad Ahmed is a PhD Candidate at the Osaka School of International Public Policy (OSIPP), Osaka University, Japan. His PhD thesis focuses on Pakistan and the War on Terror since 9/11. He graduated from Ritsumeikan Asia Pacific University (APU), Japan, with a BA in Asia Pacific Studies and he obtained his MA degree in Peace and Coexistences Studies at the Graduate School for International Development and Cooperation (IDEC), Hiroshima University, Japan. He is a lecturer at Osaka Gakuin University (OGU), Japan, where he has been teaching two courses ‘Japanese Peacebuilding and Economics’ and ‘International Relations’ since 2014. In September 2016, he will start as a lecturer at Doshisha University on a course on ‘Public Opinion and Political Psychology’. 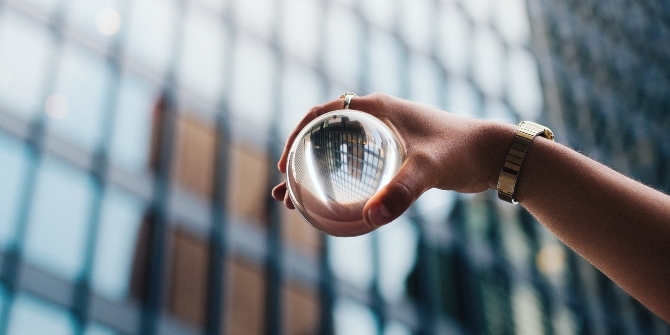 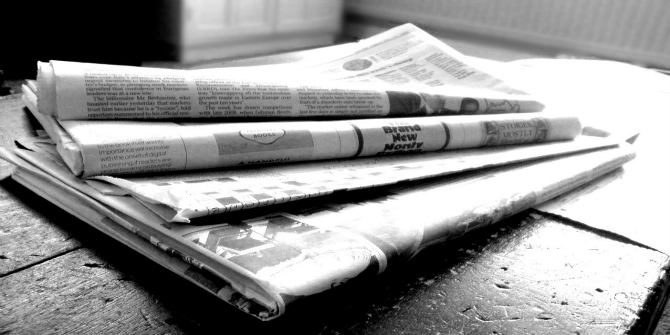 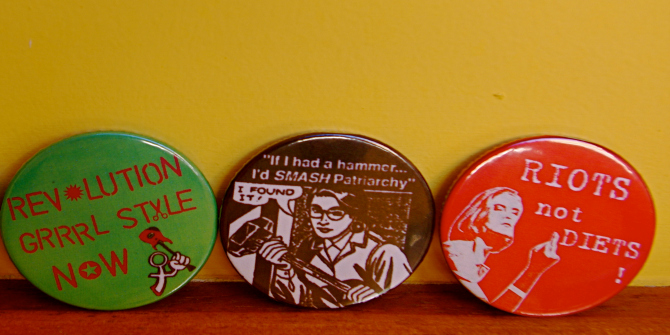