Addiction is a significant problem among adolescents – it reduces academic performance, increases the likelihood of injury or criminal behavior, and has been estimated to cost US society as much as $500 billion every year. In new research, which builds on the idea that social connection and helping others can have benefits, Byron R. Johnson, Maria E. Pagano, Matthew T. Lee, and Stephen G. Post studied the effects of social isolation on young people who were being treated for alcohol and drug addiction. They find that socially estranged juveniles were more likely to relapse into addiction post-treatment, but also that those who gave help to others as part of the program were less likely to relapse and to commit crimes.

Adolescent addiction is a major public health problem. The overabundance of prescription medications, ease in access to harder street drugs including methamphetamines, and the increasing use of marijuana make it easier than ever before for youth to use controlled substances. Alcohol and other drug (AOD) use curtails youth brain development; hinders academic performance; increases the risk and spread of infectious disease, injuries, and violence; contributes to risky sex and teenage pregnancy; and negatively affects life-course trajectories. Increased criminal activity, higher health care costs, and lost productivity are by-products of AOD problems. The cost to society is as much as US$500 billion annually for excessive adult and youth drinking.

In new research, we looked into the relationship between social isolation, giving and receiving social support in Alcoholics Anonymous during treatment, and at post-treatment outcomes for juvenile offenders. We found that juveniles entering treatment with social estrangement were much more likely to relapse, be incarcerated, and commit a violent crime in the 12-months after treatment.

Social isolation and its counterpart, social connection, are particularly important influences on youth behavior that shape a host of outcomes, including substance use. It has recently been argued that the primary driver of drug addiction is not chemicals but rather the isolation, pain, and distress experienced by users. For example, health risks associated with social isolation have been compared in magnitude with the hazards of smoking and obesity. Addiction is a socially isolating disease, but the reverse is also true. Social isolation, particularly during adolescence, has been linked to addiction because isolation seems to have neurological effects that increase the likelihood of addiction. Moreover, social isolation affects treatment in harmful ways. Ego-centric thinking can erode social bonds, thereby increasing social isolation that counters effective treatment. This tendency is why addiction services were designed into the 12-step program. Although it may seem obvious, getting addicts reconnected is an important goal that often remains overlooked. 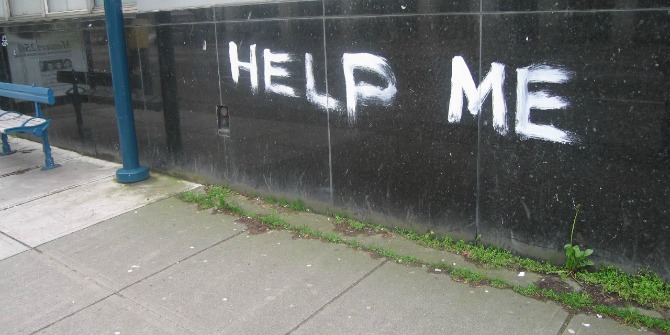 Social support has been recognized as vital in bringing patients out of social isolation and enhancing sobriety. Indeed, recovery supports have been prioritized in the American Society of Addiction Medicine’s guidelines since its inception in the 1950s. The health and mental health benefits from receiving social support have been well documented, especially for youth. A supportive social network that includes members from Alcoholics Anonymous (AA) appears especially important for sustained periods of abstinence.

There is also a large body of research in psychology and social psychology that has demonstrated the health benefits to those who provide help to others. Moreover, there is a growing recognition of the importance of extending this work to include youth and youth-development programs that have begun to emphasize volunteering and community service. Emerging research suggests serving others is central to staying sober in the short term and long term, in reducing the depression that is common in early recovery, and in fostering awareness of others. The positive psychological and physical outcomes associated with prosocial behavior, appear to be greatest for those who are otherwise socially isolated.  Given the large literature in psychology and sociology on the benefits from providing and receiving social support, the lack of studies that have compared these two modes of exchange is unfortunate.

In our study, adolescents aged 14 to 18 years were prospectively assessed at treatment admission, treatment discharge, 6 months, and 12 months after treatment discharge. We examined the influence of social isolation variables on relapse and severe criminal activity in the 12-months post-treatment using regressions and event history methods.

In addition to our finding that juveniles who begin treatment with social estrangement were more likely to relapse after treatment, we also found that giving help to others in Alcoholics Anonymous during treatment significantly reduced the risk of relapse, incarceration, and violent crime in the 12-months post-treatment. Receiving help, on the other hand, did not reduce the risk of relapse.

The link between crime and alcohol and other drug use is well established, and longitudinal research indicates that this relationship is mutually reinforcing. AOD use is 4 times higher among criminal offenders compared with the general population, and substance abuse treatment programs often reduce criminal activity as well as AOD use. Drugs and alcohol are viewed as causes of crime, particularly violent crime and property crimes such as theft, because of psychopharmacologic effects and the systemic violence and lawlessness that results from the illicit drug trade itself. Alcohol is especially implicated in family violence, and illegal drug use seems to play a greater role in violence among youths, at least in some studies.

Social connection is often seen as beneficial, unless the ties are to anti-social peers who are engaged in criminal activity. Researchers have identified risk factors for reoffending, including substance use and antisocial thoughts and associates, as well as protective factors, including family and marital relations, employment, and leisure and recreational activities. Although leisure activities have been protective, studies have not looked specifically at helping others as a potential protective factor. Helping others may serve as a prosocial form of leisure and a pathway to prosocial integration, both factors that should reduce criminal recidivism.

Although providing support to patients entering treatment is clearly vital, getting active in service may resolve social isolation in ways that are not addressed by receiving support. This is consistent with recent empirical evidence suggesting that service increases alcoholics’ interest in others and is associated with reduced narcissistic behaviors.  Our results suggest the importance of addressing social isolation by engaging adolescents in social support resources in ways that allow youths to be supported by and contribute to a sober community that extends beyond the treatment period.

This article is based on the paper, ‘Alone on the Inside The Impact of Social Isolation and Helping Others on AOD Use and Criminal Activity’, in Youth & Society.

Byron R. Johnson – Baylor University
Byron Johnson is Distinguished Professor of the Social Sciences at Baylor University. He is the founding director of the Baylor Institute for Studies of Religion (ISR) as well as director of the Program on Prosocial Behavior. He is recognized as a leading authority on the scientific study of religion, the efficacy of faith-based organizations, prisoner reentry, and criminal justice. His next book will be released in August. The Angola Prison Seminary: Effects of Faith-Based Ministry on Identity Transformation, Desistance, and Rehabilitation (Routledge, 2016).

Maria E. Pagano – Case Western Reserve University
Dr. Maria Pagano is Associate Professor of Child Psychiatry at Case Western Reserve University. She is principal investigator on the Helping Others Live Sober project, and is recognized as an expert in the application of quantitative methods to study of mutual-help processes of change over time among youth and adults in addiction recovery. Her independent line of research regarding AA-related helping began with her application of event history methods to alcohol data collected in Project MATCH. She applies a broad range of advanced statistical skills to her 12-step research interests, including survival analysis, latent class analysis, mixture modeling, and cluster analysis.

Matthew T. Lee – The University of Akron
Matthew Lee is Department Chair and Professor in the Department of Sociology at the University of Akron. Professor Lee’s research interests include altruism, organizational deviance, and the relationship between immigration and crime.  His most recent work is part of a larger interdisciplinary project on the role of religious experiences in the production of altruism.  He also continues to conduct research in several areas of criminology. He is the lead author on the book – The Heart of Religion: Spiritual Empowerment, Benevolence, and the Experience of God’s Love. New York: Oxford University Press.

Stephen G. Post – Stony Brook University
Stephen G. Post is Professor of Family, Population and Preventive Medicine & Founding Director of the Center for Medical Humanities, Compassionate Care, and Bioethics. He is the author of over 200 articles in journals such as Science, American Journal of Psychiatry, and JAMA. His best-selling books include The Hidden Gifts of Helping and Why Good Things Happen to Good People.