The Republican Party’s most recent Congressional budget envisions $6.5 trillion in spending cuts over the next decade, but leaves the country’s annual defense budget of nearly $600 billion relatively untouched. Why does Congress continue to allocate such large sums of money towards America’s defense, especially in a time of increasing deficits? Rebecca U. Thorpe writes that since World War II, government investment in the military has primed the economic pump for regions in the US which now predominantly vote for the Republican Party. This, in combination with the American people’s relative insulation from the effects of war, and their perceptions about external threats, makes it difficult for Congress to downsize defense budgets.

The release of the most recent Republican budget in March has sharpened existing partisan cleavages over fiscal policy. The budget targets $6.5 trillion in spending cuts over the next decade, including sharp cuts to Medicaid and food stamps and a repeal of Affordable Care Act. Since the budget stand-offs of 2011 and 2012, Democrats have tried to raise taxes for the top income earners and preserve social spending, while Republicans favor tax reductions and cuts to domestic programs. However, these divisions also mask a considerable bipartisan consensus in support of large military budgets.

Despite acrimonious partisan conflict over the 2017 federal budget, Obama and the Republican-controlled Congress both support increased levels of defense spending. Although the White House and congressional Republicans disagree about how large defense hikes should be and how to fund them, they can both rely on a baseline of support for defense increases within their respective parties.

Defense hikes also attract support from a growing number of Americans. Public preferences for larger defense budgets recently reached its highest level since the attacks of September 11, 2001. Given prolonged international conflict, particularly from the Islamic militant groups in Iraq and Syria, more Americans now say that the military is not strong enough than any time in the last decade. While support for more defense spending has increased among both Republicans and Democrats, Republicans favor defense hikes more uniformly than Democrats do.

Despite pervasive concerns about deficits and unnecessary wars, Congress continues to spend nearly $600 billion on the military each year. This is more than legislators spend on every other item in the budget added together, with the exception of entitlements such as Social Security and Medicare. It is also more than Congress allocated for the military at the height of the Cold War, and more than almost every other country in the world spends on the military—combined.

The tension between the Republican Party’s goals of increasing Pentagon spending and enforcing greater fiscal austerity is evident to people across the political spectrum, from Tea Party-affiliated Kentucky Senator Rand Paul to the 2016 Democratic presidential hopeful Senator from Vermont, Bernie Sanders. However, the Party’s stance is consistent with public perceptions of security threats and American military superiority.

The uptick in public support for defense hikes coincides with the emergence of the Islamic State in Iraq and Syria (ISIS)—a militant group that Americans now view as the most serious global threat to the nation. Moreover, outsized numbers of Republicans perceive Islamic militant groups and belligerent nations as a major threat, and prioritize policies that reinforce America’s position as the sole superpower.

In my research, I argue that partisan divergences on the magnitude of security threats and of the virtues of flexing more American military muscle have deep roots in socioeconomic transformations that have disproportionately affected core Republican voters. Since World War II, government investments in military technology have not only fueled the nation’s war machine in times of conflict, but have also become important source of jobs and revenue, particularly throughout suburbs and towns in the South and West—regions that have disproportionately voted Republican since the 1980s.

For most of US history, both Republicans and Democrats in Congress flatly rejected large defense budgets. Large armies were expensive and difficult to maintain. Permanent military readiness drained public revenue and imposed large burdens on the populace who served in the armed forces and paid a higher tax burden in wartime. However, the country’s entry into World War II motivated full-scale military mobilization, and war-related industries proliferated across the national landscape. Since the onset of the Cold War, defense production has generated hundreds of billions of dollars per year and supported millions of U.S. jobs in defense industries. While military suppliers are located in all 50 states and most counties, defense contracts have disproportionately flowed to the South and West and to lightly settled areas outside of cities, and they have become a particularly integral feature of these local and regional economies.

Although post-World War II Congresses have consistently supported large defense budgets, US military supremacy was only recently defined as a “conservative” cause. In the 1950s, House and Senate Democrats supported military spending more than Republicans. However, the parties switched positions by the 1980s, adopting platforms that reflect the relative importance of military spending for their core voters. As the previously Democratic South became more solidly Republican, defense spending increasingly benefited the core of the realigned Republican Party in the South and West and throughout many rural spaces. Meanwhile, Democrats became more critical of military spending after their core voters in the Midwest and Northeast urban core lost defense shares.

While post-World War II Congresses have maintained large defense budgets at all times, regardless of whether the nation is engaged in a war, presidents have also assumed greater prerogative to project American military power and exercise force abroad as they see fit. Most Americans hardly noticed that the Obama administration’s actions intensifying airstrikes in Iraq and Syria without approval from Congress raised constitutional questions. Instead, large majorities say that they support a more militarized response to Islamic militants than the Obama administration has carried out. Although Americans are split on the use of ground troops in Syria, fully 75 percent support airstrikes. While most of the support for military action comes from Republicans, a majority of Democrats and Independents also support a militarized response.

While large numbers of Americans favor military solutions to international problems, a diminishing percentage of Americans are actually involved with the military. At the end of World War II, 10 percent of Americans were active-duty soldiers, including most able-bodied men and a small number of women. However, President Nixon eliminated the military draft in 1973, and President Clinton pioneered the use of private military and security contractors in U.S. war zones. In the post 9/11 years, less than 1 percent of Americans served in Afghanistan or Iraq. The Obama administration’s heightened reliance on unmanned aerial vehicles (UAVS), or drones, as a principal counterterrorism tactic makes it possible to engage in overseas conflicts without even placing American lives at risk. Meanwhile, greater reliance on deficit spending allows policymakers to support large defense budgets and wage war without raising taxes. This distance from the military makes the country more disengaged from military policies, more willing to go to war, and more desensitized to the damage that warfare exacts.

My research suggests that the importance of defense spending for core constituencies, public insulation from war and coinciding perceptions of geopolitical threats reinforce the Republican Party’s “pro-defense” stance and make it difficult for Congress to downsize defense budgets—despite shifting geopolitical realities, declining resources and domestic trade-offs.

Rebecca U. Thorpe – University of Washington
Rebecca U. Thorpe is an Assistant Professor of Political Science at the University of Washington.  Her research focuses on political institutions and state development, with an emphasis on democratic accountability, political exclusion and state violence. She is the author of The American Warfare State: Domestic Politics of Military Spending (Chicago 2014), and she currently working on a project examining the development and expansion of the American prison apparatus.

Posted In: Rebecca U. Thorpe | US foreign affairs and the North American neighbourhood 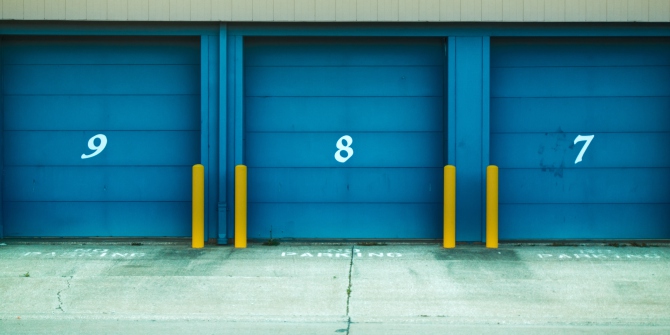 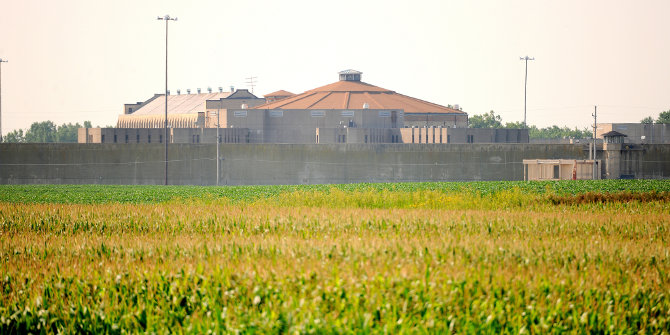 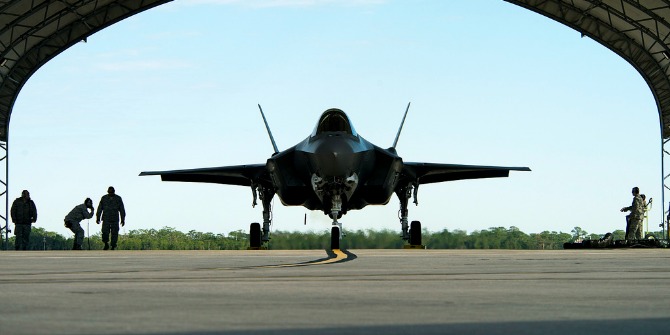