Here, Bob Ward of the LSE’S Grantham Research Institute on Climate Change and the Environment responds to a recent article in the Wall Street Journal by Bjorn Lomborg. He argues that Lomborg’s claims that global temperatures will only fall by a very small amount under current emissions reduction proposals are both incorrect and counterproductive.

In a further heavy blow to the credibility of ‘The Wall Street Journal’, the paper published an attack on July 4th on American climate policy that is based almost entirely on bogus calculations.

Dr Bjorn Lomborg, who has a PhD in political science rather than in any climate-related discipline, bases his newspaper article on a fundamentally flawed paper that was published in the academic journal ‘Global Policy’ last year. The paper concludes that current national and international climate policies will have almost no impact on the amount of global warming that the Earth could experience by 2100.

However, Dr Lomborg fails to tell readers of the newspaper that his paper has been completely debunked by a follow-up paper by me that was published in the same journal. In that paper, I pointed out that shockingly poor-quality analysis and extreme assumptions lie at the heart of Dr Lomborg’s error-strewn polemic.

In his article, he attempts to assess how much the rise in global mean surface temperature by the end of this century might be altered by cuts in annual emissions of greenhouse gases that were proposed by countries, including the United States and China, ahead of last year’s United Nations climate change summit in Paris. For instance, the United States pledged to reduce its annual emissions by 26-28 per cent by 2025 compared with 2005, including through the Clean Power Plan. Dr Lomborg calculates that if the United States honours this commitment, it will only reduce the rise by 2100 in global mean surface temperature by 0.057 Fahrenheit degrees, under what he describes as “the optimistic scenario”.

What he hides from the newspaper’s readers is that his result depends almost entirely on assumptions he makes about emissions by the United States during the 75-year period after 2025, rather than within the 10-year period covered by the pledge. In fact, Dr Lomborg’s “optimistic scenario” assumes that annual emissions from the United States remain at the same level, without any further reductions, from 2025 to 2100.

This means that he disregards the statement by the United States Government that its target for 2025 is “grounded in intensive analysis of cost-effective carbon pollution reductions achievable under existing law and will keep the United States on the pathway to achieve deep economy-wide reductions of 80 percent or more by 2050”. Hence, Dr Lomborg’s conclusion is entirely meaningless, as I pointed out in my paper which was published shortly after his.

He goes on to claim that policies to cap emissions are ineffective and that instead governments should only invest in the search for a ‘silver bullet’ technology that is both low-carbon and cheaper than fossil fuels. 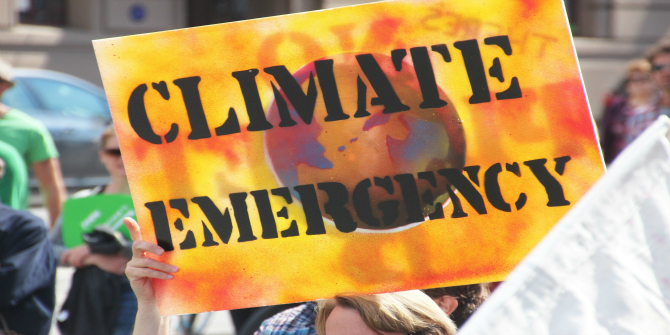 But this is economically illiterate. It shows Dr Lomborg does not understand that climate change is the result of multiple market failures, including the fact that the prices paid for products and services that result in greenhouse gas emissions do not reflect the costs they impose on others through the damage caused by global warming.

This is why even a basic understanding of the economics of climate change leads to the conclusion that fossil fuels, for instance, should be subjected to a significant carbon price in order to create a level playing field with technologies that do not emit greenhouse gas pollution. While investments in research and development on green technologies can and should be scaled up, they will not be sufficient alone to avoid dangerous climate change.

Finally, Dr Lomborg highlights the cuts in annual emissions from the United States that have been achieved by switching from coal to natural gas, particularly from fracking, for electricity generation.

Such reductions are important but are limited in potential without carbon capture and storage technology because natural gas is not a low-carbon energy source. This point is illustrated by the latest inventory published by the Environmental Protection Agency which shows that, despite the consumption of cheap natural gas in the power sector, the annual emissions of the United States increased by 3.4 per cent between 2012 and 2014, the most recent year for which figures are available.

It is a great shame that ‘The Wall Street Journal’ did not spot these glaring mistakes in Dr Lomborg’s article before deciding to publish it. Hopefully the newspaper’s readers, including Republican politicians, will be more alert to these profound shortcomings.

The only way that the President and Congress of the United States can protect the lives and livelihoods of current and future generations of American families and businesses is to ignore the unscientific columns that appear in the comment pages of ‘The Wall Street Journal’, and instead take strong federal action against greenhouse gas pollution.