Americans are more supportive for policies that will save rather than punish youth criminals, and are willing to pay for them

Americans are more supportive for policies that will save rather than punish youth criminals, and are willing to pay for them

As with all types of crime, when it comes to youth crime, policymakers are faced with a choice – should they pursue policies which will punish young offenders, or those that aim to rehabilitate them? But which of these policies does the public support? In new research Thomas Baker finds that nearly 3/4 of Americans support rehabilitative (or ‘child saving’) policies, and about 50 percent are willing to pay for such policies. He also finds that education and fears about crime are linked with being more willing to pay for child saving policies.

Since the turn of the twentieth century, the American public and US policymakers have, at times, supported rehabilitative programs that factored in the immaturity and perceived malleability of juveniles. At other times, especially in the recent past, youth justice policies have focused, in no small part on punishing juveniles. This was especially true during the mid-1990’s when academics and politicians posited a coming wave of young “super-predators” that would wreak havoc on American streets. In fact, Hillary Clinton has garnered quite a bit of criticism in the current US presidential election for evoking the super-predator ideal during her support of the 1994 Crime Bill signed into law by her husband then-President Bill Clinton. In other words, public opinion, and subsequently public policy, on how best to handle youthful criminal offenders has periodically cycled between approaches that emphasize punishment and those that emphasize rehabilitation, or “child saving.”

In a recent study, colleagues and I found that Americans are far more supportive of rehabilitative solutions to juvenile delinquency than of more punitive approaches. As the results in Figure 1 show, 73 percent of Americans believe their states juvenile justice system should focus on child saving solutions to juvenile delinquency while only 27 percent believe state resources should be used to focus on youth punishment. While these findings demonstrate a clear shift away from the punitive philosophy and juvenile super-predator fears of the 1990’s, an important, and often underexamined, question remains: are Americans willing to pay for the policies they support? 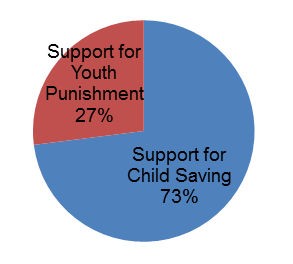 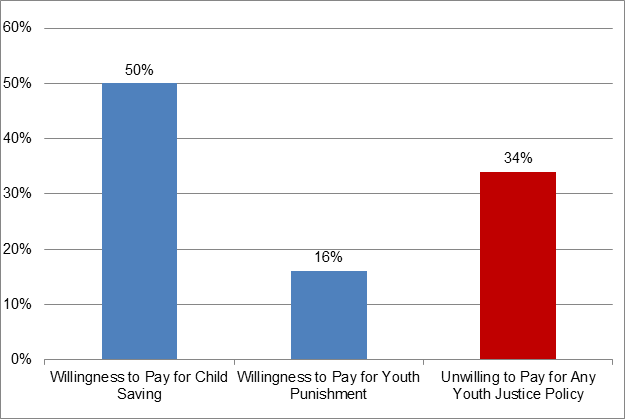 To understand the reasons some individuals are willing to pay for their preferred juvenile justice policy approach while others were not, we explored a series of multivariate logistic regressions. We explored the impact of a variety of factors focusing primarily on crime salience, i.e., the perceived fear and risk of crime, political ideology, and community level factors. As the results in Figure 3 demonstrate, higher education, greater fear of crime, and a higher percentage of black residents in their local community all significantly increased individuals’ willingness to pay for any juvenile justice policy compared to those who reported they would be unwilling to pay for their preferred policy approach. Community homicide rate actually reduced individuals’ willingness to pay for the policies they support. 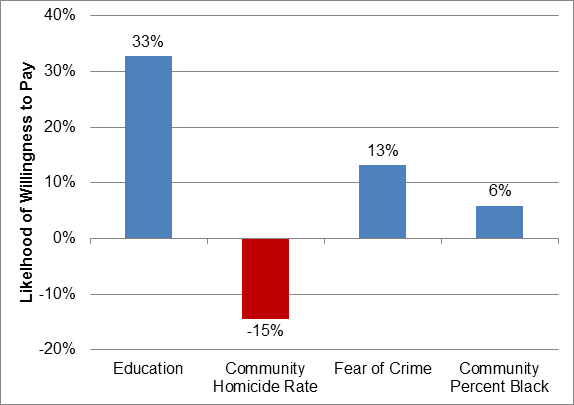 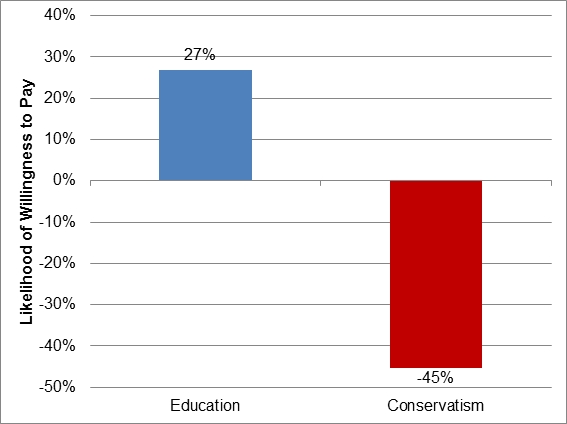 Finally, as shown in Figure 5, we found that higher levels of self-reported conservatism and greater fear of crime increases Americans’ willingness to pay for punitive youth justice policies. Alternatively, community homicide and being married reduces their willingness to pay for youth punishment. It is worth noting that conservatism increases Americans’ likelihood of being willing to pay for youth punishment by more than 100 percent. That is, those individuals who self-reported being more conservative were more than twice as likely to be willing to pay for punitive juvenile justice policies. 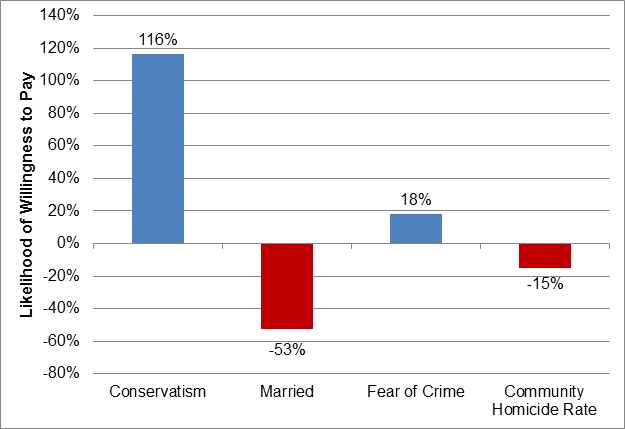 These findings have important implications for politicians and other policy makers. When given the choice between child saving and youth punishment and then asked whether they were willing to pay for their policy preferences, we found while more than 73 percent of individuals support child saving, only 50 percent of people are willing to pay increased taxes for this policy approach. This suggests that Americans’ opinions about responses to youth crime may overstate their actual commitment to funding those responses, regardless of whether they are rehabilitative or punitive. Nonetheless, the data clearly show that more Americans are supportive of child saving and willing to fund this policy approach than they are either supportive of youth punishment or willing to pay for it. These findings should help to shape public policy conversations about how to appropriately respond to youth crime and should inform public debates about competing proposals for dealing with juvenile delinquency.

This article is based on the paper, ‘Crime Salience and Public Willingness to Pay for Child Saving and Juvenile Punishment’, in Crime & Delinquency.