The last decade has seen a renaissance in the technology used to extract shale oil and gas. But despite fracking’s positive economic impacts, some communities across the US are deeply opposed to it. Jonathan M. Fisk explores this resistance, writing that a small group of communities have responded to the fracking boom with a variety of blocks, bans and moratoriums, which can in turn spur the centralization of power by state leaders. Much of this opposition to fracking, he comments, stems from the costs local communities bear in the form of pollution and traffic, with the economic benefits tending to go the state.

Fracking is one of many tools that the oil and gas industry uses to extract resources locked away in shale resources. In the 1940s, industry used fracking in vertically drilled wells and by the 1960s fracking technologies included the detonation of underground nuclear bombs. Industry still fracks today, albeit, without the mushroom cloud. More contemporary fracking operations involve the high-pressure injection of a cocktail comprised of water, sand, and a small amount of proprietary chemicals into the underground formations. New oil and gas wells reach depths of up to 10,000 feet and can extend horizontally the same distance thanks to the increased use of horizontal drilling as a complementary technology. The confluence of new technology, favorable market signals, and political support has unleashed an oil and gas renaissance across the United States.

This renaissance has ignited a political firestorm. Supporters describe fracking as an economic tonic for cash starved state and local governments and as giving new life to the hurting American manufacturing sector. They also suggest that fracking’s environmental risks may be handled through the implementation of best management practices. Skeptics, however, argue that fracking fails to support permanent jobs and that its toxic byproducts endanger public health, contaminate drinking water, and pollute the air.

With fracking knocking on the front doorsteps of many local communities, which side is correct matters. As of 2013, 15.3 million Americans lived or had lived within one mile of a well drilled since 2000; more than the population of Illinois than reside in the entire state of Illinois. Many of these community members likely understand the sight of a well to be a welcome harbinger of economic prosperity and energy security. Other residents likely see arrival of fracking as a dangerous threat and an unwelcome and intrusive interruption to their quality of life. These individuals, sensing a more receptive institution, may turn to their local government.

State and local governments are on the front lines of the great fracking debate. To state and local governments which support the practice, fracking’s risks can be effectively managed and mitigated through existing enforcement practices and additional regulation as needed. Yet, for a small minority of local governments in Colorado, Ohio, Texas and elsewhere, fracking’s environmental and quality of life costs greatly outweigh its economic rewards. Despite the political and legal risks, these communities have responded to the fracking boom with a variety of blocks, bans, moratoriums, and other restrictive zoning policies. In each of these states, however, governors and legislators consider city governments to be creations of their states and local officials cannot compel state leadership to consider or act upon their preferences. Worse yet, local activism may lead state leaders to centralize power and/or enact other restrictions on local land use authority.

How do we explain these acts of local political defiance from units of government with limited power to bring about policy change? Clearly, there is no silver ‘drill’ that adequately explains the all of the motives behind local defiance. Rather, defiance is likely related to a variety of reasons that exist within a policymaking context that allocates fracking’s risks and rewards among state and local governments. In many jurisdictions, the majority of economic benefits accrue to the state i.e. the state collects new severance tax dollars or other production taxes. The costs, however, are often more acutely felt at the local level i.e. increasing truck traffic, a spill, or air pollutant emissions. This inequity when coupled with the presence other socio-economic and environmental factors may tip the calculus in favor of local defiance.

A community’s socio-economic characteristics may influence its decision to defy state leadership. As more affluent homeowners call a community home, encroaching oil and gas wells may be seen as decreasing residential property values. If city leaders believe that fracking has caused a drop in home prices and thus the local tax base, it makes sense that they would seek to restrict the location of wells. Local leadership in these communities may also limit the location of wells so that neighboring communities without oil and gas operations cannot acquire a competitive advantage in attracting other high-income residents. More populated communities may also be more willing to challenge state fracking policies. This relationship makes intuitive sense as well. Larger cities likely have greater staff expertise as compared to smaller communities. They may also be more crowded, meaning that if fracking were to come to town, it would impact a greater number of residents.

The intergovernmental politics of fracking may also turn on the extent to which a city is committed to pursuing sustainable forms of economic development. These communities are likely more receptive and inclined to restrict fracking based on the environmental threats fracking poses to air and water quality. These communities may also be less reliant on fossil fuel jobs and revenues as compared to other local governments. Localized focusing events may further reinforce citizens’ beliefs that fracking threatens their environment. Citizens in one Colorado community, for example, mobilized against fracking after discovering a leaking well near a middle school. In another example, a Texas city’s distrust of operators grew after fracking fluid leaked into the city’s storm water system.

While the technology and explosives used to extract oil and gas have certainly changed, the fracking debate still takes place in a complex intergovernmental system that permits acts of defiance. Today, industry has solved many of the engineering challenges the plagued operators of the past. Yet, its biggest and likely more vexing challenges relate to the more intractable questions about balancing private property rights and economic growth with a safe environment and local self-determination.

This article is based on the paper, ’Fractured Relationships: Exploring Municipal Defiance in Colorado, Texas, and Ohio’ in State and Local Government Review. 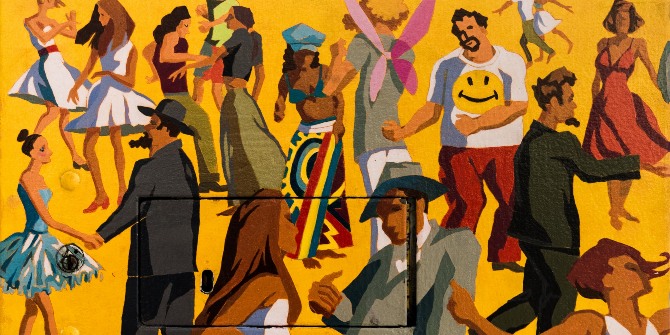 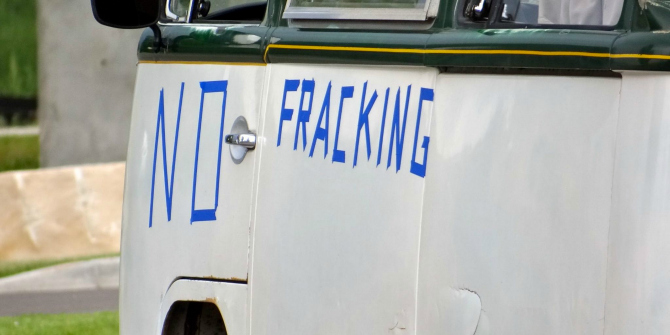