USAPP Managing Editor, Chris Gilson looks at the best of the week’s political blogging from academics and think-tanks. Don’t see a blog referenced here that you think we should be reading? Let us know what we’ve missed out and we’ll try to include it next week.


The Government, Beltway and the Supreme Court
Foreign policy, defense and trade
Obamacare and health policy
The economy and society

President-elect Trump and the Republican Party

With less than three weeks to go before Donald Trump’s inauguration as president of the United States, Bradford Delong reminds us that Trump lost the 2016 national popular vote by nearly 2.9 million votes. Only House Speaker Paul Ryan won a vote majority with 56.3 million for House Republicans to 53.2 million votes for House Democrats.

Since Trump won the election, many commentators on both sides of the aisle have expressed worry that he may use his position in the Oval Office to benefit himself and his businesses both at home and overseas. This could put Trump in conflict with the Emoluments clause of the Constitution which prohibits presidents from receiving gifts from foreign governments. Marginal Revolution muses on what might constitute a violation of the clause – for instance, would royalties President Obama earned from his books sold by Chinese state-owned publishers count as a violation? FiveThirtyEight comments this week that despite his statements to the contrary, everyone is vulnerable to conflicts of interest – even Donald Trump. 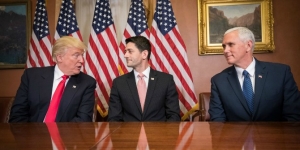 What are Donald Trump’s immigration policies likely to look like after he becomes president? Well, writes ImmigrationProf Blog, they will probably pick up where the Obama administration left off. CEPR’s Beat The Press says that claims that Trump has saved jobs from going to Mexico after the carmaker Ford decided against investing in a new plant there are untrue; the Ford plant in Michigan which is seeing production increase actually produces electric and hybrid cars – which have been subsidized by the Obama administration’s climate policies.

Lawyers, Guns & Money writes on Wednesday that many in the Beltway are continuing to delude themselves if they think that the Republican Party is “hopelessly divided” between Donald Trump and Congressional Republicans. Meanwhile, Outside the Beltway reports that Trump has claimed that he has “special knowledge” of Russia’s alleged hack during last year’s election, a claim which they dismiss as sounding like “nonsense”.

Why did Hillary Clinton lose the 2016 election? It’s probably down to the number of registered voters who stayed at home, writes FiveThirtyEight. Meanwhile, Monkey Cage argues that while the country is becoming more diverse, this may not benefit Democrats. Why? It’s because many people with mixed backgrounds end up voting like whites do.

With the retirement of former Nevada Senator Harry Reid, Chuck Schumer of New York has succeeded him as Senate Minority Leader. Lawyers, Guns & Money ponders whether Schumer is really up to the task of taking on Donald Trump’s agenda for the next four years, given that he has already sought common-ground with the president-elect on some issues.

Turning to the lame duck President Obama, American Power says that the outgoing president has snubbed voters with new sanctions against Russia and by changing US policy on Israel, and is trying to make it impossible for the newly elected Donald Trump and GOP Congress to govern.

The House and Senate

The 115th Congress convened this week, and was already mired in controversy by Tuesday when House Republicans were forced to retreat from their plans to weaken the House Office of Congressional Ethics after some negative tweets from Donald Trump, reports American Power. Congress did manage to get something done this week, as Republicans reinstated the 1876 Holman rule which would enable any Member to propose cutting the pay of any federal worker to $1. ImmigrationProf Blog is very concerned about what it might mean for those working for the federal government. Outside the Beltway meanwhile reports that House Speaker Paul Ryan has defied Trump by stating that Congress will not consider any attempt by the incoming president to raise tariffs or disrupt international trade, flying in the face of Trump’s calls on the campaign trail for greater protectionism.

The Volokh Conspiracy wonders if the new Congress will push the Regulations from the Executive in Need of Scrutiny (REINS) Act on Trump. The bill, which prevents new regulatory rules from coming into effect without Congressional approval, previously died in the Senate. If enacted, it could hamper Trump’s regulatory agenda – though the president-elect has stated that he would sign the bill if it came to his desk.

Hoping that Congress might try to impeach Donald Trump sometime in the next four years because of the things he’s already done? Don’t count on it, says Outside the Beltway: those who want him impeached are those who didn’t vote for him.

Monkey Cage writes Tuesday that even in today’s polarized Congress, bipartisanship still works. In fact, bipartisanship is a more effective strategy now than in the past, according to new research. 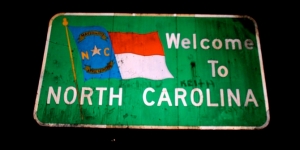 Before Christmas it was claimed that North Carolina was no longer a democracy, according to the Electoral Integrity Project. Statistical Modelling… writes that the claim is “bogus” and takes the study’s methodology to task. Meanwhile, The Faculty Lounge looks at whether there is a plausible alternative to the Electoral College.

On Tuesday, The Volokh Conspiracy looks at how federalism can help to save what they describe as the “failing ‘marriage’ between red and blue states”. They say that if we decentralize more power to the state and local levels – or to the private sector – there will be fewer issues where the federal government needs to make a one size fits all decision which does not suit all the states.

It’s been nearly a year since the death of Supreme Court justice Antonin Scalia, and his seat is still vacant. Outside the Beltway comments that the GOP’s Supreme Court “gamble” – refusing to confirm any justice nominated by the Obama administration – has paid off, meaning that Trump will now nominate a more conservative justice who would likely be confirmed.

As mentioned above, as a parting shot before he leaves office, President Obama has placed a number of sanctions on Russia in response to that country’s alleged cyber-attacks. American Power says that Russian President Vladimir Putin is playing the “Nice Guy” by not expelling any US diplomats in response. Epic Journey later this week writes on how Russia was able to help Donald Trump to win the 2016 election.

On Monday, The Volokh Conspiracy has five ways that the incoming Trump administration can overturn the recent United Nations Security Council resolution condemning Israel for establishing settlements in the West Bank and east Jerusalem (a vote that the US abstained from).

Lawyers, Guns & Money takes the president-elect to task over his recent claims that NAFTA has been good for Mexico. They argue that free trade policy has led to just as much bitterness in Mexico as it has in the US. Still on the US’ southern neighbor, Two Weeks Notice says that the Trump team is not sure how Trump’s much vaunted border wall would be paid for, after stating throughout the campaign that it would be on Mexico’s tab.

On Friday, Monkey Cage looks at new research which investigates the backlash produced by US military aid spending in Afghanistan against troops and civilians from insurgents. They say that close to $100 million in project spending in contested districts between 2008 and 2010 helped lead to 33 additional bombings and 20 actions against US troops.

As the GOP takes over the government, its priority is now to repeal – and potentially replace – Obamacare. FiveThirtyEight says that even as President Obama’s signature policy faces an uncertain future, its legacy is up in the air given that it has created both winners and losers. Bradford Delong comments that efforts to repeal Obamacare bring back memories of President Reagan’s low-tax, high spending proposals of 1981, which were poorly covered by the news media which then gave the impression that the Reagan administration had a plan for its proposals to be a success.

Angry Bear looks at one of the more challenging aspects of Obamacare – rising premiums. They write that Obamacare premiums are rising faster than healthcare costs because the Republican Congress passed laws which meant that Obamacare’s Risk Corridor Program would have to be budget neutral – this restricting how much the federal government could help insurers to cover their shortfalls under the Affordable Care Act. 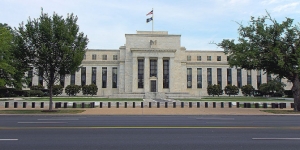 This week The Money Illusion looks at the Federal Reserve’s interest rate targets, arguing that with unemployment currently sitting at 4.6 percent, it would not make sense to try to overshoot the current 2 percent inflation target. Noahopinion meanwhile gives some thoughts on a Universal Basic Income (UBI), an idea which is gaining currency as many jobs give way to automation. He writes that while work is essential to people’s feelings of self-worth, it’s hard to say if welfare actually destroys people’s sense of dignity, as some have stated to argue against the introduction of a UBI. Speaking of disappearing jobs, CEPR’s Beat the Press says that yes – trade has cost manufacturing jobs, despite the assurances of many commentators that it has not.

Orgtheory writes on another controversial idea – free college. They say that while it’s not on the agenda nationally, New York Governor, Andrew Cuomo has announced a proposal to that end for the state university. They comment that while the plan is essentially a middle-class tax benefit, it will have a significant symbolic impact.

On Monday, The Society Pages looks at why immigration gives rise to deep feelings and conflicts in the US and elsewhere. They write that while advocates often stress the broad gains which come from immigration, often voters can have negative reactions, especially in places with rapidly growing immigrant populations.

Featured image credit: By Caleb Smith; Office of the Speaker of the House [Public domain], via Wikimedia Commons