Will Donald Trump shoot down TTIP or rebrand it as the ‘Trump Trade and Investment Partnership’?

Will Donald Trump shoot down TTIP or rebrand it as the ‘Trump Trade and Investment Partnership’?

When Donald Trump takes the oath of office, he will also inherit President Obama’s legacy on trade – with negotiations towards the Trans-Pacific Partnership (TPP) and Transatlantic Trade and Investment Partnership (TTIP) ongoing. While Trump has already stated he will axe TPP, TTIP’s future is much more uncertain. Tereza Novotna outlines five scenarios for what actions Trump may take, from ditching it completely to putting it to the “back of the queue”, to rebranding and revising it to better fit with his own realpolitik.

With the Congressional hearings of Donald Trump’s picks underway, including questioning of Robert Lighthizer who was chosen to be US Trade Representative (USTR) in the new administration, it could seem that free trade might survive after all. Who else than a longtime international trade attorney and deputy USTR under Reagan should naturally be inclined towards free trade? Yet Donald Trump has already announced that he would withdraw from the Trans-Pacific Partnership (TPP) on his first day in office. Nonetheless, it is not only TPP but also the Transatlantic Trade and Investment Partnership (TTIP) that has been on the agenda since 2013. Donald Trump, albeit vocally critical of European allies in other areas, such as defense spending and NATO, has been auspiciously silent about TTIP both during his campaign and his ‘trumpsition’. What is then likely to happen with TTIP during Trump’s Presidency? Is TTIP ‘dead’ as much as TPP is? And how will the European partners react to any news from the Trump Tower? The following lines outline five potential scenarios what future may hold for transatlantic free trade under the Trump administration.

Scenario 1: Trump Shoots Down TTIP on Day One

In the first scenario, following in TPP’s footsteps, President Donald Trump will task newly minted USTR Lighthizer to stop negotiating TTIP with the European Union (EU), either on the day of his inauguration, or shortly afterwards. This is the least desirable outcome, not least because of all the (incremental) progress that has so far been made between negotiators on both sides. Nonetheless, such a ‘quick death’ of TTIP would not be out of sync with Trump’s anti-globalization and ‘Make America Great Again’ rhetoric. Yet ironically, it would also make European ‘Stop TTIP’ campaigners happy who had been successfully scaremongering about the American ‘chlorinated chicken’ flooding the EU market via TTIP.

Under the second scenario, President Trump will stick to his promise of agreeing to cutting tariffs but rejecting any far-reaching agreement on regulatory issues which has however been the main innovation of TTIP. Trump’s negotiators will therefore offer to the Europeans a ‘better deal’, focusing on removing all the remaining (albeit already low) tariff barriers. Although such a ‘TTIP-light’ matches well with Trump’s pre-election campaigning and, in a way, would be quicker and easier to achieve than any ambitious regulatory framework, a TTIP-light is unlikely to be accepted by the Europeans, at least not immediately. In the run up to the US elections, European leaders, both at the EU level and in member states such as France, clearly discarded any TTIP-light as not ambitious enough and therefore unacceptable.

Scenario 3: TTIP at the Back of the Queue

To loan a phrase from President Obama when he warned the Brits from leaving the EU, TTIP negotiations will continue but will be shifted to the ‘back of the queue’ after any bilateral agreements, including one with the UK. In this third scenario, TTIP will not suffer a quick death but a slow hibernation. Negotiations will still be ongoing, but will become less frequent with increasingly less will on each side to reach any settlement. Such protracted negotiations might not lead to the end of TTIP, but will probably mean that any substantial deal can be reached only once Donald Trump leaves office. Since it is hard to predict how the world might look like in four, or even eight, years, this is perhaps the trickiest scenario which gives a glimmer of hope but that could well be deceiving for both sides.

Although least likely, ‘keep calm and negotiate’ is the most coveted scenario for the supporters of TTIP. Particularly since it looks like that TTIP has not reached the radar of the incoming President yet, there is a distant possibility that no substantial change from Obama to Trump takes place and TTIP negotiations will continue to be business as usual. With a dose of imagination, TTIP is after all a sort of bilateral deal preferred by Trump: it is negotiated between two (rather than twelve as in TPP) sides where the EU is represented by a single entity (the European Commission) and allows for access to a single (rather than 28) European market. In this fourth scenario, however, it might in the end be the Europeans who could scupper the deal given the public backlash against the lack of transparency and fears of the US-based multinational corporations encroaching on the European way of life. With Trump’s style of negotiating and top business executives running his administration, EU negotiators may have even harder time to convince the already sceptic European public about any TTIP’s merits.

Reminiscent of the first scenario, in the last case, Trump will effectively kill the deal on Day One. However, TTIP will not be buried but be reborn under a different name (and perhaps structure): a TTIP 2.0. After initially putting TTIP into the same basket as TPP, President Trump will eventually reach conclusion that a trade agreement with the largest single market in the world which has high labor standards and hence poses no threat to American jobs is indeed a good thing. As an experienced entrepreneur, he will opt for a popular business strategy, resurrecting the same old TTIP under a new banner, which could even be called the ‘Trump Trade and Investment Partnership’. Even though the European partners may first suffer a shock from having the TTIP as they know it ditched, they may soon realize that ‘rebranding’ has its advantages: it may give them a chance to learn from their mistakes and better communicate TTIP 2.0 back home. Given Trump’s attempts to combine pre-election speech-making with realpolitik, the fifth scenario is relatively likely and to some extent a good option for the Europeans, particularly from the public diplomacy perspective.

Whichever scenario, or any mixture of them, in the end prevails will depend on not only Trump’s decisions and his USTR nominee, but also on the set up of the Republican majority at the Capitol: in fact, even under Obama, it was the GOP that largely supported TTIP rather than the Democrats. Moreover, President Trump should be well advised that if TTIP fails, it will be his newly found archenemy, China, with its trade plans such as RCEP, who will lead the world’s trade. And that is a scenario that neither Trump nor the Europeans should wish for.

Tereza Novotna – Université libre de Bruxelles
Dr Tereza Novotna is an FNRS Post-Doctoral Researcher at the Institute for European Studies at Université libre de Bruxelles in Brussels and Senior Associate Research Fellow at EUROPEUM, a Prague-based think tank. She is a co-editor of the The Politics of Transatlantic Trade Negotiations: TTIP in a Globalized World (Ashgate, 2015) and the author of report Five Reasons Why TTIP May Fail and Why It Will Be Europe’s Fault (LSE IDEAS, 2016). In addition to TTIP and transatlantic relations, she has researched and widely published on EU foreign policy, EU enlargement and unifications in Germany and on the Korean peninsula. She has also worked for the EU Delegation in Washington, DC, the European Commission’s DG RELEX/EEAS, and the Czech Permanent Representation to the EU.

Posted In: Tereza Novotna | US foreign affairs and the North American neighbourhood 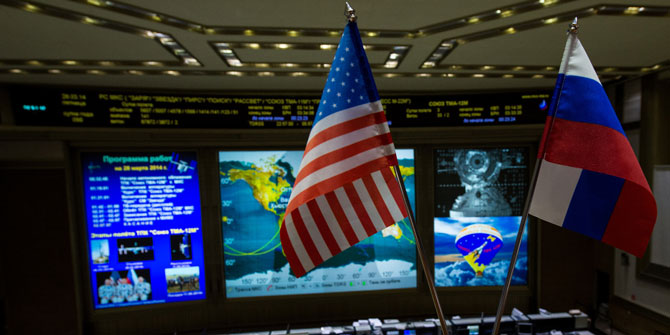 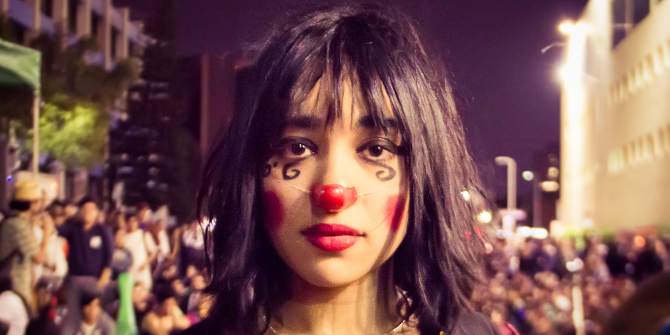 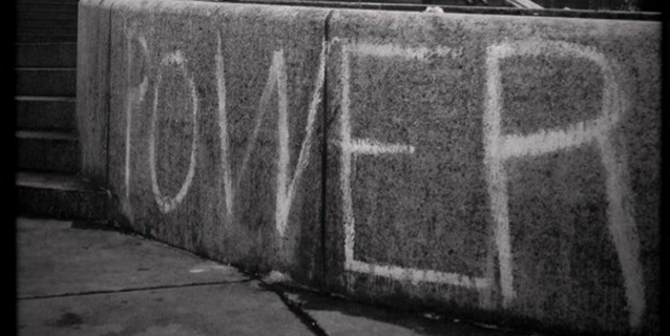 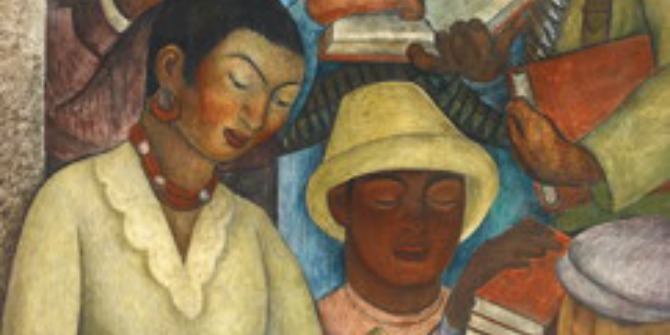