Nearly 50 years ago, Richard Nixon subscribed to the “Madman Theory” of international strategy; that if foreign leaders were convinced that his extreme threats were credible, then he would have greater leverage. Many commentators are now concerned that President Trump subscribes to a similar theory of international relations. But, according to new research from Roseanne McManus, Eileen Gerard, Vinuri Ranaweera, and Olivia Sztanga, the perception of “madness” may be counterproductive towards leaders achieving their desired outcome.

What will the inauguration of Donald Trump as president mean for US foreign policy?  Some commentators and media reports have speculated that Trump might be able to achieve foreign policy successes due to the “Madman Theory” – a term coined by Richard Nixon for the strategy of seeking to be viewed as irrational in order to gain greater international bargaining leverage. In new research, we test the Madman Theory using new data on public perceptions of leaders and find little support for it.

The Madman Theory has some basis in academic thought. Rationalist explanations for war emphasize that conflict is costly. Thus, rational leaders face an impediment to making credible threats, particularly when the costs of war are high and the benefits are lower. However, if a leader is considered mad, in the sense of not weighing costs rationally, then the leader’s threats might be more credible. Adversaries might prefer to yield to the demands of a “mad” leader rather than risk war. Therefore, Nobel Prize-winning nuclear strategist Thomas Schelling wrote in his book Arms and Influence that a “paradox of deterrence is that it does not always help to be, or to be believed to be, fully rational, cool-headed, and in control of oneself.”

Despite this apparent madman advantage, the perception of madness may also have downsides. As emphasized by Andrew Kydd and Roseanne McManus, in order to make successful threats, it is not only necessary for a leader to convince an adversary that he/she is willing to use force if the adversary does not comply with demands, but also that he/she will not use force if the adversary does comply. If the adversary believes that they will be attacked regardless, then they will have no incentive to acquiesce to demands. Therefore, if a leader is viewed as a madman who does not respond to rational incentives, then other countries may see little to gain from making concessions to the leader and more to gain from standing firm or even attacking preemptively.

Therefore, one perspective suggests that being viewed as a madman can be helpful in foreign relations, while another perspective indicates that it may be detrimental. We collected data to see which perspective has more support. We undertook a systematic search of news reports between 1986 and 2005 to identify which leaders were most often described as crazy, insane, irrational, unpredictable, or erratic.

We use the new data to examine the effect of perceived madness on the initiation and outcome of militarized interstate disputes, which include actual uses of force as well as threats or displays of force (such as deploying troops or sending a ship to disputed waters). Our statistical models control for other factors that might be relevant, including leaders’ previous conflict history and the frequency with which leaders are described using another set of adjectives associated with toughness.

Our first statistical models examine the relationship between perceived leader madness and dispute initiation. Figure 1 shows that perceived madmen are more likely to initiate military disputes and also more likely to be the target of military disputes initiated by others. This is particularly true of “really mad” leaders, identified as those ranking in the top 20 percent for the frequency with which they are described as crazy, insane, irrational, unpredictable, or erratic (based on lagged averages). “Slightly mad” leaders, who are described using these adjectives less frequently, are more likely to be targeted in disputes, but not significantly more likely to initiate them.

First, we use a new statistical model to predict dispute reciprocation. Figure 2 shows that perceived madness reduces the probability of reciprocation. If a “sane” leader initiates a dispute against another country, there is a 57 percent probability that the targeted country will reciprocate by making its own threat, show, or use of force against the initiator. In contrast, if a “really mad” leader initiates a dispute, there is only a 43 percent probability of reciprocation, meaning that the target is more likely to accept the initiator’s provocation passively.

On the other hand, when we look at the ultimate outcome of disputes in another statistical model, Figure 2 shows that “really mad” leaders who initiate disputes are about two-thirds less likely than “sane” or “slightly mad” leaders to obtain a winning outcome, in which the status quo changes favorably and/or the other party clearly yields. This finding suggests that while “really mad” leaders may get away with some provocations, they are not often able to shift the status quo in their country’s interest in a tangible way.

What does this mean for the “Madman Theory” and the Trump presidency?  The result for reciprocation offers some support for the Madman Theory, but the other results suggest that being perceived as mad is disadvantageous. One complicating factor in interpreting the results is the relationship between the perception of madness and true madness. While the perception of madness may possibly have benefits, true madness is likely to cause leaders to make strategic errors. In the case of Trump, it remains to be seen whether the volatility he demonstrates is genuine or an act. Thus, this research cannot offer a definitive prediction for Trump’s presidency. However, these findings suggest that it is not very common for leaders to be able to use the perception of madness to great advantage.

This article is based on the working paper “Crazy Like a Fox? Do Leaders Perceived as Mentally Unstable Achieve Better Conflict Outcomes?” which is available on the author’s website.

Roseanne McManus – Baruch College, City University of New York
Roseanne McManus is an Assistant Professor in the Political Science Department at Baruch College, City University of New York. She holds a Ph.D. from the University of Wisconsin-Madison. Her research focuses on international security and US foreign policy. She has published in various political science journals, and her book, Statements of Resolve: Achieving Coercive Credibility in International Conflict, is forthcoming from Cambridge University Press.

Eileen Gerard – Baruch College, City University of New York
Eileen Gerard is a sophomore at Baruch College and is currently majoring in Biological Sciences.  She is a member of Baruch College’s Dean’s Scholars Program and is a recipient of the Debra Bernstein Scholarship.  She has a strong interest in the STEM field and has been working as a robotics and coding teacher for the past two years as well as a mentor for a local FIRST robotics team.

Olivia Sztanga – Baruch College, City University of New York
Olivia Sztanga is an undergraduate student at the City University of New York’s Macaulay Honors College at Baruch College, where she studies Economics and Political Science. As an undergraduate, she has also studied Arabic in both Morocco and Jordan. Olivia began working on the “Madman Theory” project in the fall of 2016, and is also currently working on her own research project on the US refugee policy. 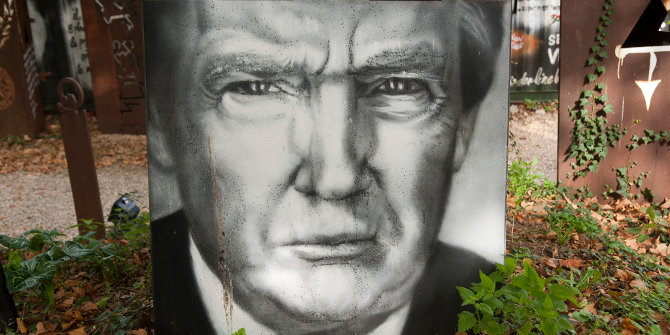