In the eyes of many, Brexit, the 2016 US election result, and nationalist movements across the West pose a significant threat to the post-war world order. Dennis Shen evaluates one cause: an imbalance in globalization, and argues for the need for grit in the wheels of global markets to address the costs to globalization’s losers, to restore faith in the political establishment and to place the world on a more sustainable footing.

Recently, the cornerstones of the post-war order have been shaken by unprecedented events: the UK’s vote to exit the European Union and the election of Donald J. Trump in the United States. At its foundation, the results relate to an anti-status quo, anti-immigration, isolationist sentiment that is sweeping the West, threatening to materially alter the direction of decades of advancement in liberal, global institution building.

A fundamental cause has been a feeling by many of being left behind in declining communities in the heartlands, a troubling (to many) growing diversity in the residents of and visitors to communities that were in the past homogeneous. This, alongside a palpable sense of insecurity in a rapidly changing nation, with foreign and domestic threats alike, and a prevailing globalist, liberal political mood that does not translate. The result has been a vote for agents of change that profess to break from this path.

An important cause of the underlying friction in society has been a divergence in globalization. Global market institutions, relating to globalization of trade and finance, global production, and mobility in labor markets and people have evolved and advanced quickly. By contrast, there has been a much more gradual evolution of global political and sociological institutions, relating to the laborious development of a global demos, and only a gradual progression of international political traditions. For the time being, the center of community and polity is still rooted firmly at the nation-state and local levels.

This disconnect has led to a divide of discernible winners and losers from the globalization that prevails. Young people have more opportunities than ever before to immerse themselves in global society and better educated, wealthy elites are more able to benefit professionally from opportunities around the world. However, a less educated, less mobile low- and middle-income class has had to contend with the disruptive side of globalization on working class jobs and wages. They now observe a rapidly altering landscape that they do not benefit from, but rather view with reservation and concern.

Markers of this divide include precipitously growing income and wealth inequality, and the trend of stagnant real wages for male salary workers while earnings of the top 1 percent have seen remarkable increases. Increasing diversity has led to neighborhoods ‘hunkering down’ in parallel societies—undermining the ‘bonding’ and ‘bridging’ capital (per the lexicon of Harvard’s Robert Putnam) that holds communities together.

An erosion of national policymaking

Importantly, the current form of globalization—an iteration of market fundamentalism—means that we need a more proactive government to compensate the losers of global competition. But, an imbalance between the mobility of global business and the limits of nation-state governance has instead eroded this contract between labor and the state, at the same time resulting in a withdrawal of social safety nets, transfer of taxation from corporations to strapped consumers, and the hollowing out of labor market protections. The leverage of global commerce, through the mobility of capital to pressure business friendly policy, has hampered the responsiveness of democratic policymaking to the needs of everyday citizens.

This undermining of national policymaking led experts including Dani Rodrik in ‘The Globalization Paradox’ and Thomas Friedman in ‘The Lexus and the Olive Tree’ to argue that the current form of globalization is fundamentally incompatible with national politics. Importantly, Rodrik argued, however, that when the needs of democratic society clash with the requirements of a global economy, as they have recently, domestic needs ultimately win out.

In ‘The Globalization Paradox’, Rodrik cites examples, reminding readers that the modern period of globalization since the Second World War is not unique. The first great globalization, under the auspices of the British Empire during the century before 1914, was eventually met with a groundswell of protectionism, which occurred from the 1870s, after a lengthy recession caused popular backlash on the European continent. The resumption of market liberalization after the First World War would eventually be met with similar protectionist fervor in the 1930s, deepening the depths of the Great Depression.

If democracy ultimately challenges the inequities caused by an unbalanced globalization, is history now repeating itself?

In view of the grave precedent of extreme protectionism contributing to the onset of two world wars, the question we now face is whether there is a resolution to the current crisis that addresses the domestic backlash whilst maintaining a path to bind the world together.

With an essential divergence between global markets—the globalization of goods, services, capital and labor—and institutions of global polity and society, one path to heal this divide could be to globalize governance. The development of global governing bodies and evolution of a global ethos could be a notional project over the long term that would close this divergence, and redress the regulatory and tax arbitrage that has created the race to the bottom. The utopian development of a global citizenry would ensure the legitimacy of transnational institutions and build trust in a diverse world.

During the past 60+ years, the European continent has seen an unprecedented degree of integration. However, the national divisions inside the EU that have re-emerged since the Global Financial Crisis make clear how far the road is still ahead. At best, political union is a multi-generational project—requiring a delicate balance between the right degree of economic integration and institution building to push ahead a common ethos, but with enough protection of national sovereignty to address domestic issues.

Responding to the current crisis

The dilemma is that the current crisis is already upon us. After Brexit and the Trump election sent shockwaves, there are elections in the pipeline in the Netherlands, France and Germany this year, with far-right parties having made significant inroads. In addition, it’s worth cautioning that isolationist movements in the past were materially emboldened during economic crises. We are now near eight years into a global recovery from the 2008-09 crisis, which begs the question of whether demagoguery might intensify come the next inevitable shock. In the worst case, the unforeseeable ramifications can represent an existential threat to the post-war order, which has secured unprecedented prosperity and peace.

In view of the immediacy of the dilemma, long term solutions relying on global governance are inadequate. Instead, the great divide between global markets and national politics must be bridged in the near term to a certain degree through some restriction in the pace of globalization—to slow down or modestly rescind the liberalization of markets to allow generational changes in society to catch up. This could include greater controls over immigration, whilst supporting the accommodation of the most vulnerable groups, and it could include placing grit in the wheels of free trade and free capital flows to reintroduce some protections for national industry, formulate industrial policy and better protect workers. Addressing the concerns of those left behind could counter the broader agenda of radical movements, and ensure a more cosmopolitan world long term.

A globalization that raises all boats is a globalization that is sustainable. An unbalanced globalization—like the one that has divided Western society—tears at the fabric of society and bolsters movement to the fringes. Economic integration must continue to lead towards greater global unity, but too great an integration of markets for the present extent of global polity is counterproductive. To push back against political extremism, the political mainstream needs to respond to this challenge, and adapt its core creed.

Dennis Shen
Dennis Shen graduated from the MPA in International Development from the London School of Economics in 2013, and completed undergraduate studies at Cornell University. He worked with Alliance Bernstein in New York and London, most recently in the role of European Economist. His research interests include international political economy, global governance and environmental regulation. 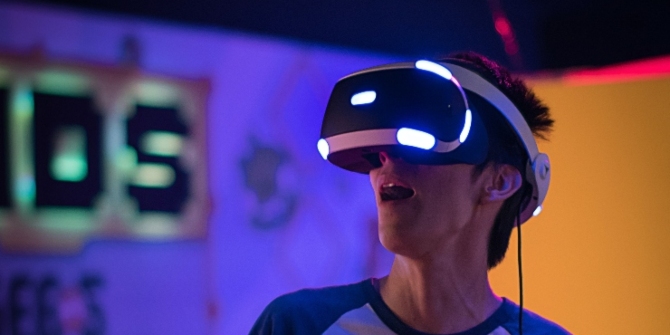 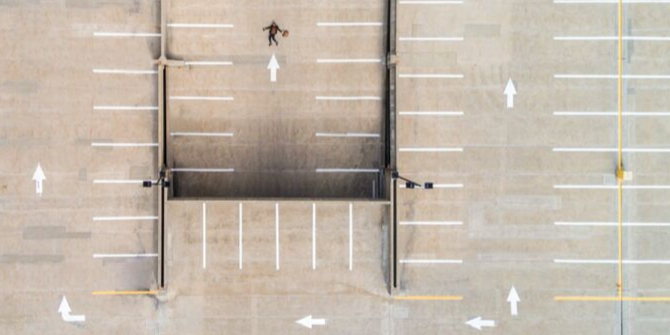