Recent debate on whether corporations should be given the same rights as people has brought many to wonder whether university institutions should be treated the same way. Stjepan Oreskovic, Sebastian Porsdam Mann and Julie Reuben argue that more attention must be given to whether universities can be held to have moral obligations or social responsibilities and what implications this may have.

Persons are not what they used to be.

Of course, people change over time, and who could blame them? Rapid technological progress is changing the way we communicate with each other, how we work, and the ideas we are exposed to.

But we have a different kind of person in mind – the kind that has numbers and letters coursing through its veins.

It has been a while since the Supreme Court accepted the notion of corporate personhood – and soon, with advances in the brain sciences, psychology and the biotech and IT sectors, the Court may have to rule on whether robots, part-human chimeras, clever animals, or synthetically created individuals should be given personhood status.

But these developments raise questions of another sort. Natural persons have social and moral responsibilities. At a minimum, we recognize the responsibility of persons not to cause unjustifiable harm to others and, to some extent, to contribute towards the betterment of the communities and society of which they are a part. If institutions can have the rights of persons, should they not also be subject to the corresponding responsibilities? We recognize that corporations have duties and responsibilities towards numerous people – their employees, say, and other stakeholders. Additionally, corporations are obliged to pay their taxes, obey the law, and so on. But these words don’t exhaust the moral vocabulary.

For better or worse, many universities have come to mimic corporations. The question thus becomes: what do we know, and to what extent do we agree upon the social and moral responsibilities of the present-day universities?

Universities occupy a privileged position in society, are privy to knowledge unavailable to others, and often provide the forum for discussions concerning values, justice, and ethics. But with rights come responsibilities, and persons, whether natural or corporate, are subject to both. Yet the corresponding duties and responsibilities of universities as social actors remain unclear and have received little attention. Do universities have responsibilities towards society, and if so, what are they? Are academic institutions to remain neutral on questions of societal import, even if they have pertinent information not available to others? What is the consequence for the universities if part of academics or students can’t distinguish between “veritas,” “gratis” and “libera linguam mentemque”? What happens if the right to free beer can’t be differentiated from the right to free speech and positive liberty from negative liberty (example of problems professors Erika and Nicholas Christakis from Yale faced with free speech rights). The answer to these questions depend on difficult issues concerning the roles universities ought to play in society, and whether these roles differ from the way universities are currently viewed by themselves or others.

In the professional academic field of ethics, specific terms are used to discuss the kind of things that can be expected of persons. For instance, the types of actions that are morally required – say, saving a drowning child at no risk to yourself – are known as duties and obligations.

Sometimes persons go beyond the call of duty to do things that are not ethically required. Notable exemplars here include Oskar Schindler, Dietrich Bonhoeffer, Nelson Mandela or Albert Schweitzer – who sacrificed or risked most of their lives to help others. In ethics, we call acts that go beyond what is morally required supererogatory, and the situations that enable them may be called moral opportunities.

Modern commentators have noted the competitive aspect of college education. Deresiewicz, for example, laments that the purpose of high school and college is increasingly seen as career preparation rather than education (Deresiewicz, 2014). Students do their utmost to “check the boxes” expected by admissions officers, such as extracurricular activities, without necessarily enjoying the process or benefiting from what some may call the intrinsic value of such endeavors.  On this view, the value of attending university is reduced to the prestige of jobs available after graduation. Is this really all we can, or should, expect from universities? Despite the pressing nature of the questions, little has been done to stir a public discussion, compared to the equivalent cases for persons in the traditional sense or corporations.

Plato, the founder of the famous Academy, considered education essential for a just society and envisaged enlightened scholars ruling as benevolent philosopher kings. His student Aristotle did not agree, perhaps disillusioned by Plato’s experience in advising Dionysus, the tyrant of Syracuse, on justice in politics. When Plato attempted to teach the immorality of tyranny to the tyrant himself, the great philosopher ended up being sold as an Athenian slave to the island-state of Aegina, never entering politics again.

More recent sages have pointed to the unique possibility universities have to influence character. Thomas Jefferson wished for his newly-founded University (of Virginia): “To form statesmen, legislators and judges; to expound on principles of government; harmonize agriculture and commerce; develop reasoning facilities of our youth; And, generally to form them to habits of reflection and correct action, rendering them examples of virtue to others, and of happiness within themselves,” (quoted in Roth (2014), p.27). Contemporary thinkers of all ages and backgrounds, from Malala Yousafzai to Amartya Sen, have pointed towards education as the remedy for economic, political, and social problems.

The last comprehensive attempt to analyze the responsibilities of universities was published in 1982 by Derek Bok, a law professor and, later, President of Harvard University. Though Bok commendably commented on ethical issues relevant to universities, he drew a stark distinction between ethics internal (can professors sleep with their students?) and external to the university (is capital punishment justifiable?).

Of course, universities have not always been silent on political and social issues. In 2015, more than a hundred universities and research institutions sent an urgent letter to the European Union in reaction to proposed amendments involving more stringent restrictions on access to medical data for researchers, making important studies, such as the European Prospective Investigation into Cancer and Nutrition (EPIC), either illegal or impossible (Wellcome Trust, 2015).

In this case, the policy directly threatened the ability of universities to carry out their role as discoverers and disseminators of knowledge, so a defensive reaction is perhaps not surprising.

But then, in January 2017, the presidents of 48 American colleges and universities signed a letter to President Trump addressing the executive order on immigration. The letter was drafted by Princeton and University of Pennsylvania presidents Eisgruber and Gutman. Although this too can be seen as a defensive reaction – as many academics are citizens of the affected countries – Eisgruber additionally commented that this was a statement ”…about values that I think are defining for Princeton and other universities,” (Jackson, 2017).

Should universities confine themselves to defending their own interests or should they additionally address wider issues that affect their stated missions? How should universities as social actors respond to moral issues in the world? What are the moral duties and social responsibilities of universities – and to whom are these duties owed? We suggest that it is time to begin looking into possible answers to these important questions, which have ramifications for both academic and general public, by developing a framework of the social responsibilities and ethical obligations of universities deriving from their unique social position and informed by the values justifying and promoted by the academic enterprise.

“Harvard University Widener Library” by Joseph Williams is licensed under CC BY 2.0.

Stjepan Oreskovic – Harvard Medical School
Stjepan Oreskovic is Fellow at Harvard Medical School Department of Global Health & Social Medicine – Center for Bioethics. Stjepan is a director of the WHO Collaborating Centre for HIV Strategic Information, working with experts, scholars and policy makers from more than 100 countries. He is also a tenured professor at University of Zagreb School of Medicine, where he was leading joint educational, research, and consultancy projects with the LSE, the London School of Hygiene and Tropical Medicine, HSPH, Bocconi, Trieste, and Ljubljana University. He has authored a total of 156 peer-reviewed papers with leading global publishers such as Springer Publishing, Elsevier Science, Wiley-Blackwell and Pergamon Press. He also worked as consultant for international organizations such as The World Bank, EU Commission, and WHO. Stjepan is a best known for his projects fostering innovative health care interventions in the area of tobacco control, obesity prevention and HIV surveillance.

Julie Reuben – Harvard University Graduate School of Education
Julie Reuben is the Charles Warren Professor of the History of American Education on the faculty of the Harvard University Graduate School of Education. She is historian interested in the intersection between American thought and culture and educational institutions and practice. She has written a number of articles related to campus activism, access to higher education, curriculum changes, and citizenship education in the public schools. She is the author of Making of the Modern University: Intellectual Transformation and the Marginalization of Morality selected as a Choice Outstanding Academic Book. This book examines the relation between changing conceptions of knowledge, standards of scholarship, and the position of religion and morality in the American university during the late 19th and early 20th centuries. She is currently researching a book on universities commitment to protecting and strengthening democracy in the middle decades of the 20th century. 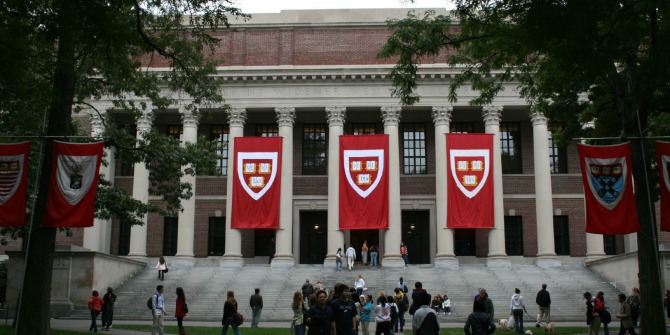