In recent years, some commentators have proposed introducing Congressional term limits as a way of decreasing gridlock in the US House and to increase the public’s trust for politicians. But would such limits actually be effective in re-energizing the democratic process? Daniel C. Lewis and Robynn Kuhlmann examine the effects of term limits in the 15 US states that have introduced them since the 1990s. They find that term limits can significantly increase voter turnout as well as encouraging people to vote in down-ballot races.

In the 1970s, following the Watergate scandal and the Vietnam War, Americans began to express distressingly high levels of cynicism and distrust about government. By the 1990s this groundswell of distrust had led to successful populist movements in states to purge representatives from office through term limits.   The idea was to limit the number of terms representatives can serve as remedy for governments viewed as unresponsive and “run by a few big interests.”  Term limits would inject new blood into the political system thereby ousting special interests that bound government from implementing citizen will.  Theoretically, this purge of career politicians would result in replacements with more civic-minded citizen legislators that would better reflect the will of the people.  Further, by eliminating the frequency by which incumbents could run for reelection, term limits could also create more competitive contests. Competitive elections, then, should trigger an increase in voter turnout – a (theoretical) boon to popular control of government.

“End of the line” by Stephen Craven is licensed under CC BY SA 2.0

Since the 1990s, 21 states have imposed term limits on state legislators. Some of these laws have been repealed or stuck down by courts, and 15 states currently limit the number of terms that legislators may serve, ranging from 6 to 12 twelve years per chamber.  Since these policies began forcing legislators from office nearly two decades ago, political scientists have sought to test the claims of reformers, with particular attention to the quality of representation.  The results have not been encouraging.  Studies find that term limited legislatures are less experienced and knowledgeable about policy, they write less detailed legislation, are more reliant on policy information from interest groups and the executive branch, and tend to be more polarized along party lines.

Yet, little research has examined the ways in which term limits affect public participation in elections.  Since distrust in government is associated with low levels of participation in politics and elections, it is no surprise that voter turnout in the US is among the lowest among developed democracies in the world.  Turnout in state level elections, especially legislative races, is even worse, with average voting rates often below 40 percent (see Figure 1).  These low rates undermine the quality of US democracy because large portions of the public can be ignored by elected representatives.

However, if reformers are correct, term limits could boost turnout by increasing competitive elections and improving perceptions of government.  Through ‘forced retirement’ term limits naturally increase turnover in state legislatures and create more open seat races.  Open seat races tend to be much more competitive than races with incumbents.  They attract well qualified candidates, giving voters more and better electoral choices.  Competitive elections also drive campaigns to invest more heavily in voter mobilization and advertising, which heightens voter awareness of the race and the candidates.   This heightened awareness, uncertainty of the outcome, and perception of the importance of voting should encourage more people to make the decision to cast a ballot.

Further, term limited legislators face a shorter career to pass legislation, so they tend to introduce and pass more bills.  This shortened time horizon may also encourage legislators to pass more “pork barrel” projects that deliver benefits directly to constituents in their district in the short term without the constraints of worrying about the long term fiscal impacts of these policies.  This increased legislating and directed spending may enhance voters’ sense of personal efficacy and positive evaluations of the legislature, making it more likely that they’ll vote in elections.

To test whether these arguments hold water in actual elections, we analyzed voting rates in state legislative elections from 1988 to 2010, a period covering elections both before and after term-limited legislators began being forced from office.  Regression analyses of state voting rates across all state legislative races reveals that term limits do, indeed, significantly increase turnout even when accounting for a host of other factors that affect voter participation.  However, the size of the effect depends on the stringency and length of the term limits.  For example, the most stringent term limited state, Michigan, is estimated to have increased voter turnout rates by roughly five to six percentage points depending on the model.  Yet, in states with less stringent term limits, like Arizona or Florida, the increase is estimated to be under a half of a percentage point.  In states with twelve year limits per legislative chamber, there is no effect because these long term limits don’t actually increase turnover in the legislature.

The increases in state level voter turnout found in our first analyses are also evident in analyses of district level voter turnout and ballot roll-off rates. Ballot roll-off is when voters cast ballots for top of the ticket races, like the president or governor, but do not vote for races farther down on the ballot. In the district level analyses, the increase in turnout was similar in size to the effects found at the state level, providing additional confidence in the significance and magnitude of those effects.  We also found that term limited legislatures have significantly lower roll-off rates, which means that more voters are choosing to participate in the state legislative elections that are directly affected by term limits.

Thus, while legislative term limits have produced a range of effects on policy, legislative behavior, and representation – some of which may decrease the quality of democratic governance, it is important to also consider the ways in which these reforms affect citizen political participation.  Though the effects of term limits may be modest in size – a few percentage points here or there – they are important.  Depending on term limit stringency and the typical turnout levels in a state, these effects could increase the size of the electorate by up to a quarter.  With higher levels of participation, the electorate itself may be more representative of the public will and, thus, more likely to improve representation in state legislatures. So, as reformers turn their attention to expanding term limits to Congress, policymakers should consider both the effects of term limits on legislators and the public.

Daniel C. Lewis – Siena College
Daniel C. Lewis is Associate Professor and Chair of the Department of Political Science and Faculty Fellow of the Community Policy Institute at Siena College.  Dr. Lewis’ research examines how political institutions, such as term limits and direct democracy, shape public policies, with a particular emphasis on representation and the rights of minority groups.  He is the author of Direct Democracy and Minority Rights: A Critical Assessment of the Tyranny of the Majority in the American States (Routledge 2013) and coauthor of the forthcoming book, The Remarkable Rise of Transgender Rights (University of Michigan Press 2018).

Robynn Kuhlmann – University of Central Missouri
Robynn Kuhlmann is an Associate Professor of Political Science in the Department of Government, International Studies, and Languages at the University of Central Missouri.  Her areas of expertise are state politics, political parties, and voting and elections.  Her most recent works also include “See Hillary Run: Hillary Clinton, American Exceptionalism, and Exceptions to the Rule” with Gregory Streich in the book The Global Hillary and Show Me Missouri Politics: A Guidebook to the Missouri Constitution.

Posted In: Daniel C. Lewis | Elections and party politics across the US | Robynn Kuhlmann 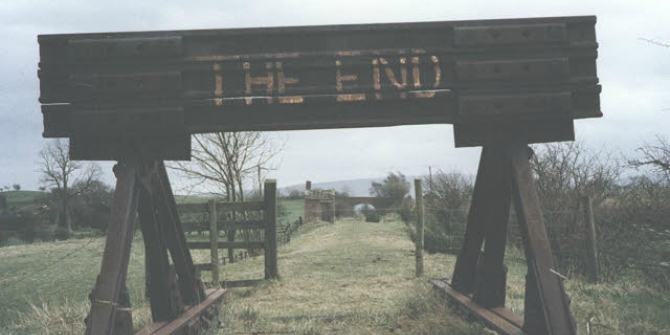