Young people who have become involved with the juvenile justice system may be enrolled into alternative schools to increase their academic success or to reduce delinquency. But does this lead to better outcomes for those involved? In new research following over 1,200 juvenile offenders across three states after their first arrest, Adam Fine and his colleagues find that compared to youth who attended traditional schools, youth who attended alternative schools fared better academically. However, they also ended up engaging in more delinquency and committing more violent crimes.

Schools can protect against delinquency by providing opportunities to develop positive social relationships or by setting high expectations. However, there is debate about what types of school experience are best for promoting positive development, especially for young people involved with the justice system.

We know that justice system contact significantly reduces youths’ odds of completing high school. As means to keep youth in school, to increase youths’ academic success, or to increase school safety, youthful offenders may be transitioned into alternative schools. Alternative schools incorporate different (non-traditional) educational practices and services to meet the educational, behavioral, and personal needs of their students.

One may conclude that young people involved with the justice system should be transferred to alternative schools because they may fare better. However, several studies of community youth enrolled in alternative schools suggest that these youth often feel ostracized and resentful for being removed from their traditional schools and may end up engaging in more misbehavior. Therefore, moving youth to new schools may create or worsen academic and behavioral difficulties. In fact, various studies show that movement between schools is associated with decreased academic performance, increased probability of high school dropout, higher truancy and suspension rates, more problem behaviors, and delinquency.

Studies have yet to examine such processes with youth who have been arrested and who are serving their probation terms in the community. The question remains: what type of educational experience best sets up justice-system-involved youth for academic achievement, positive attitudes about school, and behavioral success? Our results suggest that the answer to this question may depend on the outcome you choose.

In our study, we sampled 1,216 male juvenile offenders from the Crossroads Study. Crossroads follows male adolescent offenders (ages 13-17 at arrest) after their first official contact with the juvenile justice system in Pennsylvania, Louisiana, and California. Consistent with the overrepresentation of racial/ethnic minority youth in the juvenile justice system, the sample was ethnically/racially diverse: Latino (46 percent), Black (37 percent), White (15 percent), and other race (2 percent). We surveyed these youth after their arrest and then six months later.

“Chalk” by Quinn Dombrowski is licensed under CC BY SA 2.0

These results also indicate that the type of school a youth attended was associated with the youth’s attitudes about school. Interestingly, youth in alternative schools reported feeling just as positive about school and as supported and safe as youth in traditional schools. However, youth who experienced both types of schools generally felt the least supported and the least safe. This finding is particularly troublesome considering that youth who feel less supported tend to be less engaged in the classroom and engage in more school misconduct. This suggests that disrupting schooling by transitioning youth between types of schools may be more harmful than keeping youth in the school they are used to attending.

Perhaps our most important finding, however, is that even after accounting for their previous offending, youth who experienced both types of schools reoffended more than youth in traditional schools. Problematically, even after accounting for differences in reoffending rates, youth who experienced both types of schools were particularly likely to be re-arrested. Similarly, the number of school transitions was positively associated with re-arrest rates, although this association must be interpreted cautiously. Our findings suggest that the most detrimental practice might be disrupting a justice-system-involved youth and moving the youth to a different school.

Our work suggests that justice-involved youths’ educational experiences are associated with their outcomes in several important ways. Our findings indicate that compared to youth who attended traditional schools, youth who attended alternative schools fared better academically and felt just as connected to their schools. Yet, the takeaway is not that all first-time offenders should be transferred to alternative schools. In fact, switching schools may be more disruptive, leading to more delinquency and to sustained justice system involvement. Changing schools appears to be the most detrimental for youths’ attitudes about school as well as for reoffending outcomes that have the largest impact on keeping youth in the juvenile justice system.

Adam Fine – University of California, Irvine
Adam Fine is a doctoral candidate in the Department of Psychology & Social Behavior at the University of California, Irvine. Adam’s research centers on two areas: how juvenile probation processes affect youth offending, employment, education, and attitudes; and how youth develop their perceptions of the law, law enforcement, and the justice system.

Cortney Simmons – University of California, Irvine
Cortney Simmons is a doctoral student at the University of California, Irvine. A National Science Foundation Graduate Research Fellowship Awardee, her research interests include the individual and environmental factors influencing delinquency, and the effects of incarceration on adolescent development.

Paul J. Frick– Louisiana State University
Paul J. Frick, PhD, is the Roy Crumpler Memorial Chair of the Department of Psychology at Louisiana State University and a professor at the Learning Sciences Institute of Australia at the Australian Catholic University. His research investigates the many interacting causal factors that can lead children and adolescents to have serious emotional and behavioral problems. His work uses this research to enhance the assessment and diagnosis of childhood psychopathology, and to design more effective interventions to prevent and treat such problems.

Elizabeth Cauffman – University of California, Irvine
Elizabeth Cauffman is a Professor and Chancellor’s Fellow in the Department of Psychology and Social Behavior at the University of California, Irvine. Her research focuses on the development, assessment, and treatment of antisocial behavior and other types of risk problems in adolescence. She is particularly interested in applying research on normative and atypical development to issues with legal and social policy implications. 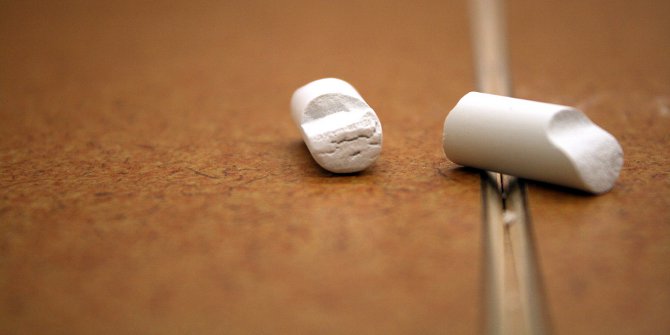