By the year 2100, the planet will have, according to forecasts, twice as many people living in cities as it does today. The lion’s share of this transformation will take place in the developing world, where the urban population could go from 2.6 billion to close to 8 billion in less than a century. What will this new chapter in the history of urbanization look like? Will it be a “re-make” of what we saw in the 20th century in now-rich countries? Will it come accompanied by stark improvements in living conditions as it did before? How will this depend on the actions of local and national policymakers over the next couple of decades?

These are broad and complex questions, which have major policy implications. They are ultimately about the economic opportunities that will be available -or not- for billions of people. And about who among them will have access to those opportunities. Yet we are still far from having enough satisfactory answers. Economists that study cities have traditionally focused on the US and other high-income countries, and we are only beginning to explore to what extent what we know about cities in the US is useful to understand cities in lower-income countries.

In a recent work, Ed Glaeser, Yurean Ma, Kristina Tobio and I delve into this question. We look at some of the key facts that researchers have learned about urbanization by studying the US and assess whether they are also valid in three large countries with lower income levels: Brazil, China, and India. We find that the main patterns that characterize US urbanization can also be found in the developing world, but not in all countries, and critically, not with the same intensity.

Take the “spatial equilibrium” concept, one of the most powerful tools to understand the urban system in the US. It is the idea that cities don’t “offer free lunch”. If the city is attractive along certain characteristics, like offering access to high-paying jobs, it will be unattractive along others, like having expensive real estate or traffic congestion.

Such trade-offs are repeatedly found across American metropolitan areas. For instance, as the graph in the upper-left corner of Figure 1 below shows, high-wage cities tend to also have high housing rents. But as seen in the rest of the graphs of that figure, the same is not always true in lower-income countries. Brazil looks the most like the US, in terms of the tight positive connection between wages and housing rents across cities. In China, this relationship exists, but it is much looser. And in India, we were not able to find the same pattern in the data at all.

This may reflect, at least in part, differences in within-country mobility. When a city improves its economic opportunities or its quality of living it attracts migrants from other cities. They, in turn, drive up housing costs and congestion, reducing the attractiveness of the city. But if there is little internal migration, these adjustments may not take place. Internal migration has only picked up in China in recent years with the reforms of the hukou system, while internal migration in India remains surprisingly low.

Whether the predictions of spatial equilibrium hold in a country matters for policy. For instance, governments around the world continue to invest in “place-based policies”, geared towards improving economic opportunities in economically-lagging areas. With spatial equilibrium forces at play, such policies may disproportionally benefit migrants and home-owners, who are likely to see the value of their properties increase. Without these forces, workers originally residing in the region are more likely to enjoy the benefits of the policies.

“Crowded Old Delhi seen from the Jama Masjid – India” by Erik Törner is licensed under CC BY NC SA 2.0

While spatial equilibrium can explain how firms and workers locate across space, it tells us little about what drives urban success. In addressing the latter, economists frequently point to the existence of “agglomeration economies”. People and firms become more productive if they locate close to one another, and more economic opportunities are created in densely-populated places.

In line with prior studies of agglomeration economies in US cities, we find that doubling population density corresponds to an increase of around 5 percent in wages. Replicating the analysis in the other countries we find a similar figure for Brazil, a larger number for India (8 percent), and a much larger number for China (19 percent). Other studies have convincingly shown that at least part of the connection between density and productivity is causal.

If agglomeration economies are stronger in lower-income countries as our results suggest, policies that seek to limit internal migration and the size of cities may end up hurting productivity growth and the creation of economic opportunities. Conversely, policies that facilitate housing supply and accessibility in places that already have a significant concentration of economic activities, will likely foster productivity growth.

Another major driver of economic success in US cities is human capital. In the US and other high-income countries, individuals that work in better-educated places tend to become themselves more productive and earn higher wages. Partly because of these “human capital externalities”, more educated cities tend to grow faster.

Looking at US cities we find results that are consistent with what other researchers have documented in the past. When the college-educated share of the adult population increases by 10 percentage points, wages in the city increase by about 10 percent. The equivalent figures are, however, significantly larger in our three comparison countries: 19 percent in India, 47 percent in Brazil, and 53 percent in China. These results should be treated with caution, since we are unable to show with our data to what extent these connections reflect causal relationships. But they clearly suggest that human capital may be an even more important force behind the success of cities in countries in lower-income countries.

The notion of human capital externalities has been used as an argument in favor of a broader public investment in local education. However, it is unclear that this alone would be the best policy response from the city perspective. Investments in education may not effectively increase local human capital since more educated people will eventually leave if they cannot find adequate employment in their city. What makes difference in productivity is to have educated people living and working in the city, which highlights the importance of policies geared towards attracting and retaining highly-educated individuals.

I have mentioned only a few ways in which urbanization in developing countries may be different from what we have seen in the US and other rich countries. This is part of a still-small but growing body of studies focusing on the economy of developing-country cities. But the questions that remain open are vast, and the stakes of getting the answers right are high. Just think about the fact that two-thirds of the urban infrastructure in Africa will be built between now and 2050. Getting urbanization right could substantively improve the lives of millions of people in some of the poorest countries on earth in just a few decades. Getting it wrong could seriously constrain the development opportunities in those places for generations.

What should the policy priorities be in these and other rapidly urbanizing contexts? What can governments and firms do to take advantage of the opportunities and to mitigate the risks? How can these transformations be leveraged to improve the distribution of economic opportunities? What can policymakers in places like Africa and South Asia learn from countries that urbanized more recently and faced similar challenges, like most of Latin America? We need better answers to these increasingly urgent questions.

Note:  This article gives the views of the author, and not the posi tion of USAPP– American Politics and Policy, nor of the London School of Economics.

Juan Pablo Chauvin – Harvard University
Juan Pablo Chauvin is a Research Associate at the Center for International Development at Harvard. His research focuses on cities and regions at different national income levels, with a focus on understanding the connections between labor markets, housing markets, and the industry composition of places.  In the past, he has been an Instructor and Teaching Fellow at the Harvard Kennedy School and at Ecuadorian universities.  He has also been a consultant with the German Technical Cooperation Agency (GIZ), the World Bank, the OECD and the private sector; advising local, regional and national governments on economic development and diversification policies in South America, Asia, the MENA region and South East Europe. 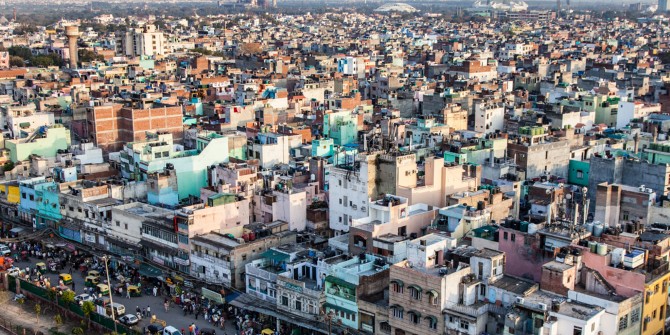